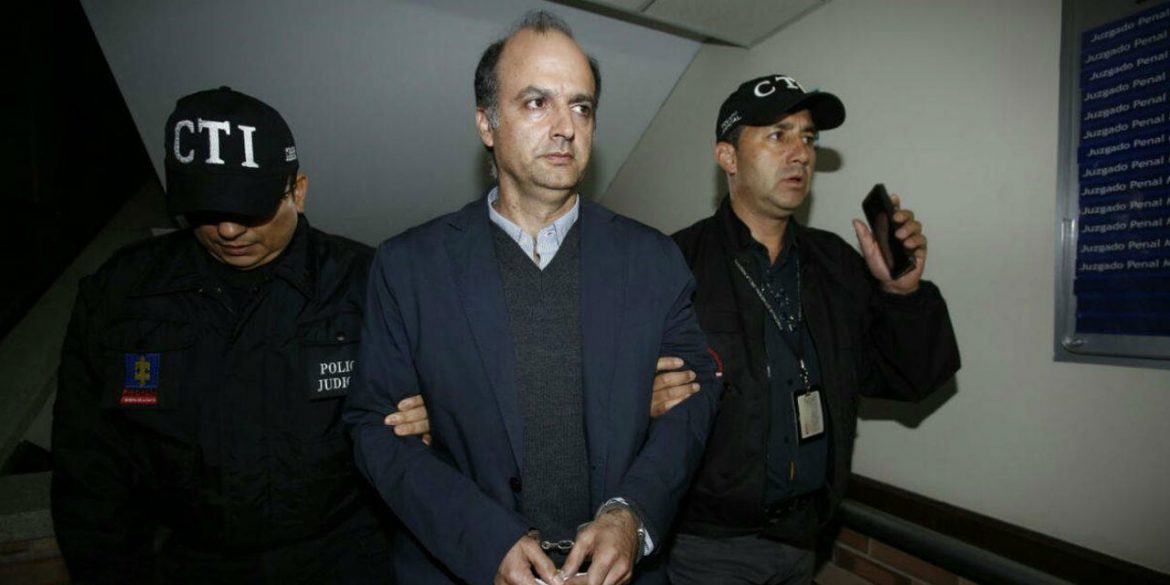 Former Vice-Transport Minister Gabriel Garcia requested on Thursday that he be released early from his 5-year sentence having served three years, according to Caracol Radio.

Garcia was the first conviction in the international bribery scandal carried out by Odebrecht and the banking conglomerate of Colombia’s richest man, Luis Carlos Sarmiento.

The former official claimed that the two years in jail prior to his conviction plus the last six months serving his sentence add up to three-fifths of his sentence, allowing him to request his release on the grounds of good behavior.

Garcia has also testified against other suspects in the corruption scandal and argued that his cooperation and time served merit an early release.

His appeal has been submitted and a Bogota judge will decide whether or not he goes free. Until then, he will remain in La Picota prison in Bogota.

Back in 2017, Garcia pleaded guilty to accepting a $6.5 million bribe from Odebrecht for awarding them the contract to build the Ruta Del Sol 2; the largest road building contract under the Uribe administration.

He laundered this money through a paper company in Panama and with it invested in the US stock market and also bought property in Cartegena, according to El Espectador.

As a part of his conviction, he has surrendered the $6.5 million bribe, losing his properties, bank accounts, investments and reputation.

While he awaits this decision, the Odebrecht scandal continues to plague Colombia’s politics.

Former presidents Juan Manuel Santos and Alvaro Uribe, and current President Duque have all been implicated in the scandal as well as former chief prosecutor Nestor Humberto Martinez.

The criminal investigations continue, albeit without much hope justice will be served.

The prosecution team that previously destroyed evidence in the corruption case is back in charge of the investigation after the resignation of Martinez, Grupo Aval’s former attorney, made a special prosecutor appointed by the Supreme Court redundant.