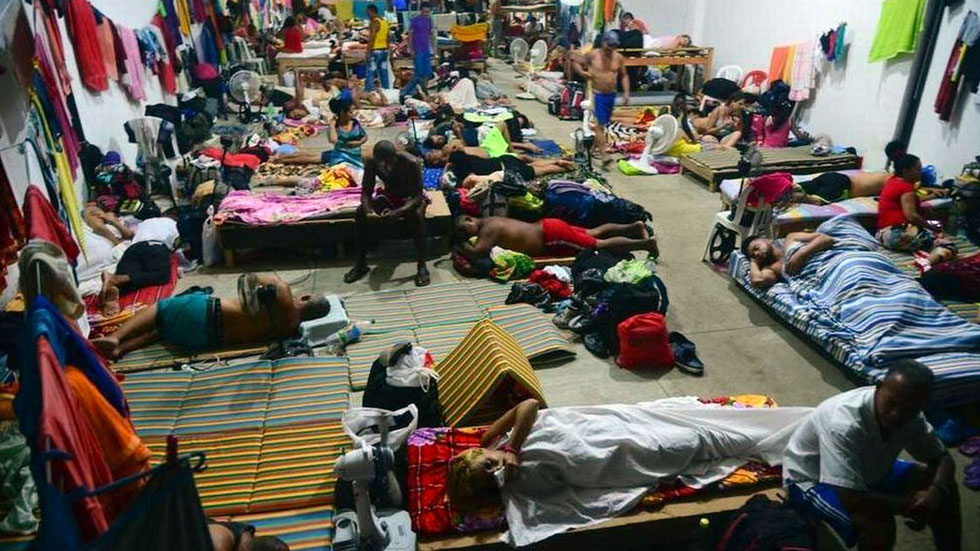 The statement from the IACHR condemned the deportations and demanded that Colombia review the cases of the migrants who have been stuck in the port town of Turbo close to the Panamanian border as they attempt to reach US soil.

“In accordance with Colombia’s international obligations on human rights, the Commission calls on the Colombian State to implement all necessary measures to protect the life, integrity and security of all migrants under their jurisdiction. The effective guarantee of the right to life requires that the State must adopt measures of prevention, protection and assistance when aware of situations of migrants in distress,” read the statement issued by the IAHCR in Washington.

The statement was issued in response to Monday’s decision whereby the Colombian Migration Director Christian Kruger invited “all of these irregular migrants to voluntarily come to migration authorities so that we can process their voluntary deportations.”

The human rights watchdog expressed “deep concern” at the prospect of migrants made up of men and women, some of them pregnant, and children including newborns opting to enter the jungle in the Darien Gap where armed groups operate in search of passage to Panama.

“Migrants who have traveled that route reported having suffered inhumane conditions in their journey through the jungle and passed next to bodies of migrants and others with serious injuries and fractures. It has also received information on violations and acts of sexual violence and robberies, beatings and extortion by smugglers and even in some cases by members of the police,” read the statement of the IACHR.

The stern warning of the IACHR indicated that the Colombian government may be implicated for failure to provide for the protection of the rights of migrants emphasizing that”States should take appropriate measures to prevent and punish abuses that private and state authorities may commit against migrant persons.”

Colombian Migration on the other hand responded by saying that “we are taking measures that correspond, within a framework of respect for their integrity and their rights, and that is why we have asked the permanent support of the Ombudsman,” in a statement.

According to Migration Colombia just 350 migrants remain in Turbo as the majority have availed of the “voluntary deportation”, leaving the country by their own means and taking their chances in lethal trek towards the United States.

The recent wave of Cubans migrating to the US comes following the improvement of relations between the two countries as they seek to avail of the Cuban Adjustment Act of 1966, which grants any Cuban entry to the US.

The view of the IACHR is that the blame for the humanitarian crisis in Turbo lays at the door of policy makers who leave migrants no choice but to embark on the most arduous of journeys to find a new life in the US.

” The fact that migrants resort to irregular channels and smugglers is explained by the lack of and inadequacy of legal and safe migration channels, “said James Cavallaro, President of the Commission.