After a year of strikes by prisoners and guards alike in protest of dangerous conditions and human rights violations, Colombia’s ombudsman prepared a report on the nation’s most overcrowded penitentiaries.

The ombudsman’s report was released amid an ongoing judiciary strike and debates over the elimination of pre-trial detentions, as prisons across the country contend with up to 478% overcrowding. 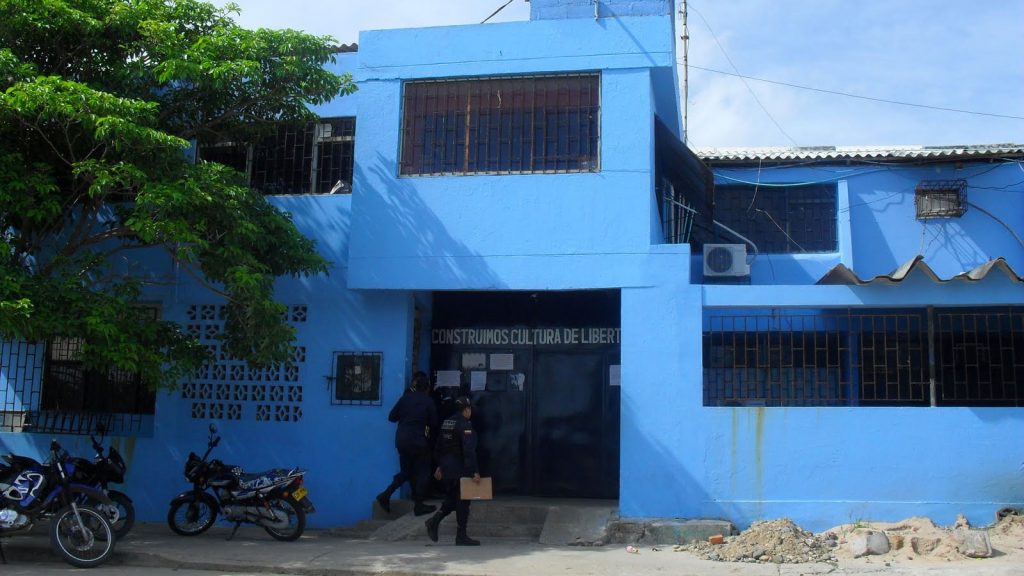 First place goes to the medium-security penitentiary in Colombia’s northernmost state of La Guajira, where the population exceeds maximum capacity by 478%. According to the ombudsman, showers and toilets remain in deplorable conditions, water is only available four hours a day, and there is only one health professional available for all inmates (four hours a day from Monday-Friday). Additionally, a 20-year old power plant that needs repair is cause for a high risk of short-circuit. 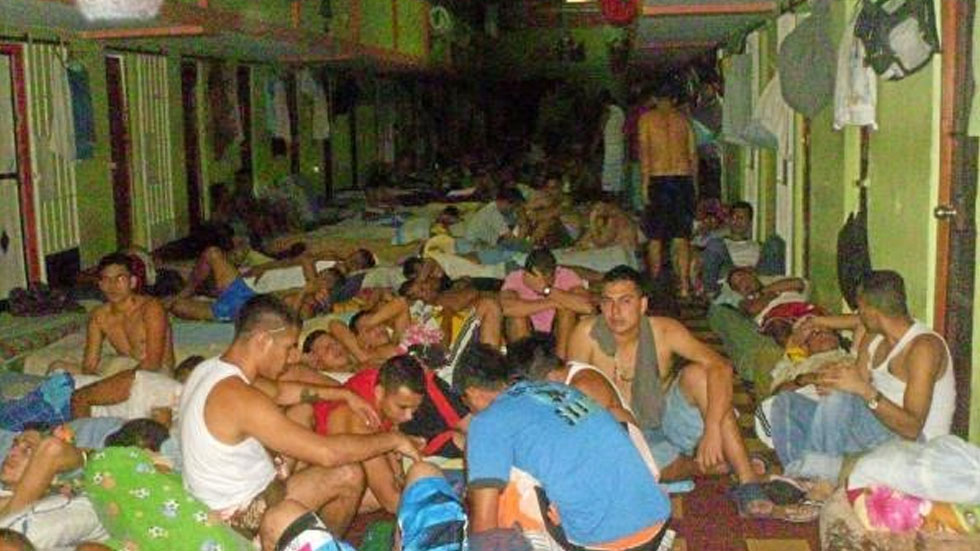 The second most overcrowded prison in the country is Santa Marta with a capacity for 312 inmates and a population of 1,393. Inside the 70 year old building there is only one hall, divided into 5 sections. The building is “100% deteriorated,” and there was a short-circuit in July of this year. 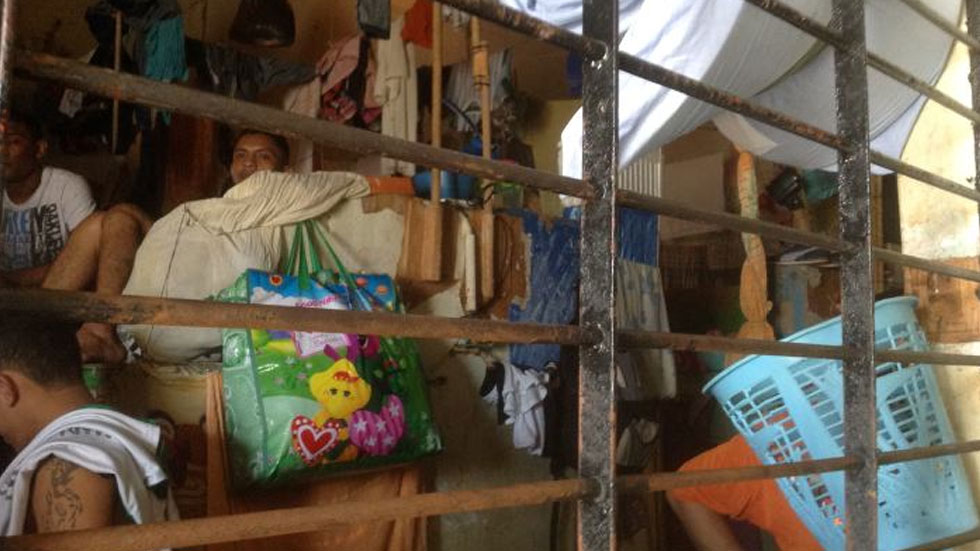 Just to the east is the Magangue prison in the northern state of Bolivar, where 249 inmates are being held if a building with a maximum capacity for 56. Special treatment units and bathrooms have been converted into bedrooms, there is no internal medical service, and there have been delays in urgent surgeries of up to one year. 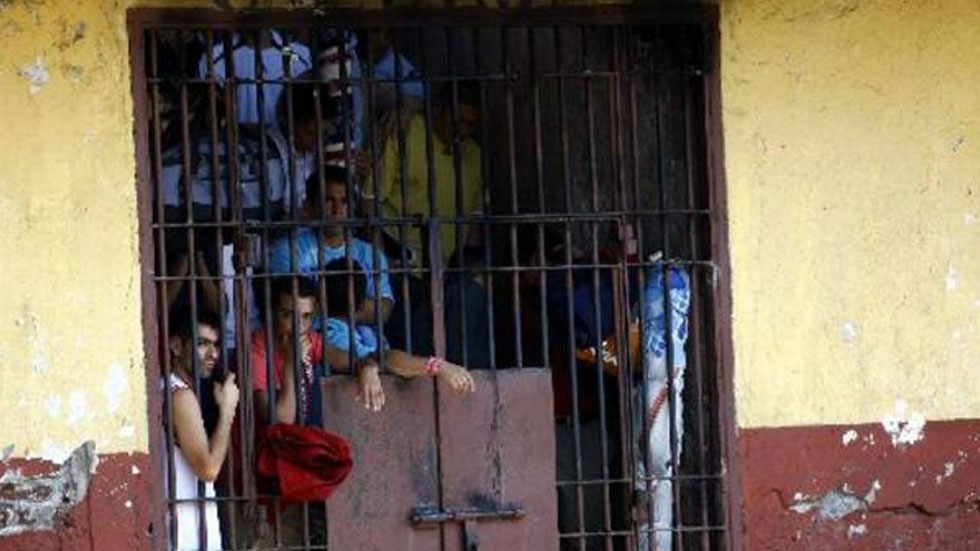 The Valledupar prison in Cesar has the capacity for 256 inmates and a population of 954, with overcrowding by 273%. It lacks an adequate water system to allow continual service, and is flooded in several areas. There have been over 300 write of protection filed for failing to authorize medical service. 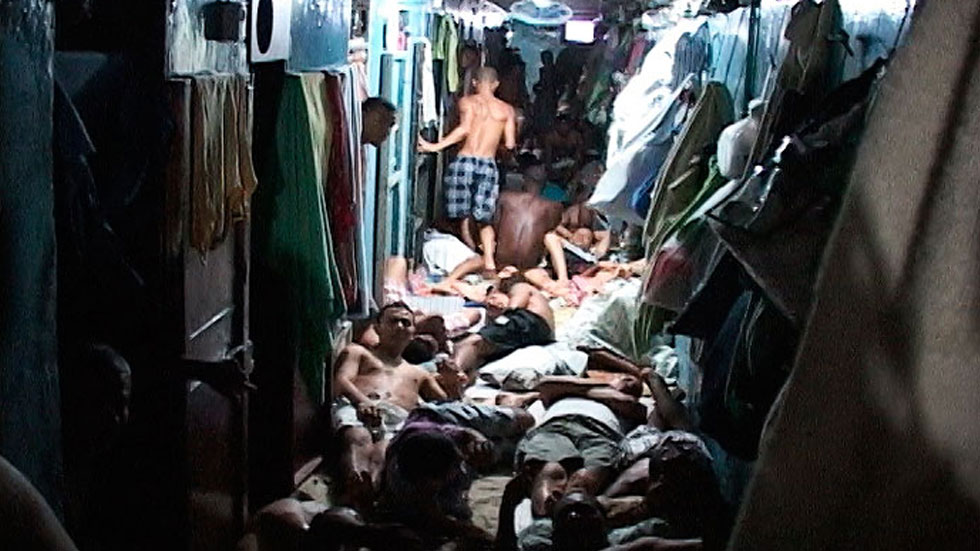 Cali’s Villahermosa prison holds 6,128 inmates with a capacity for 1,667, meaning that overcrowding is at 267%. There is on average one shower and one toilet for every 200 inmates, medication shortages, and a short psychiatric visit once a month for the 75 prisoners in the Mental Health Unit. 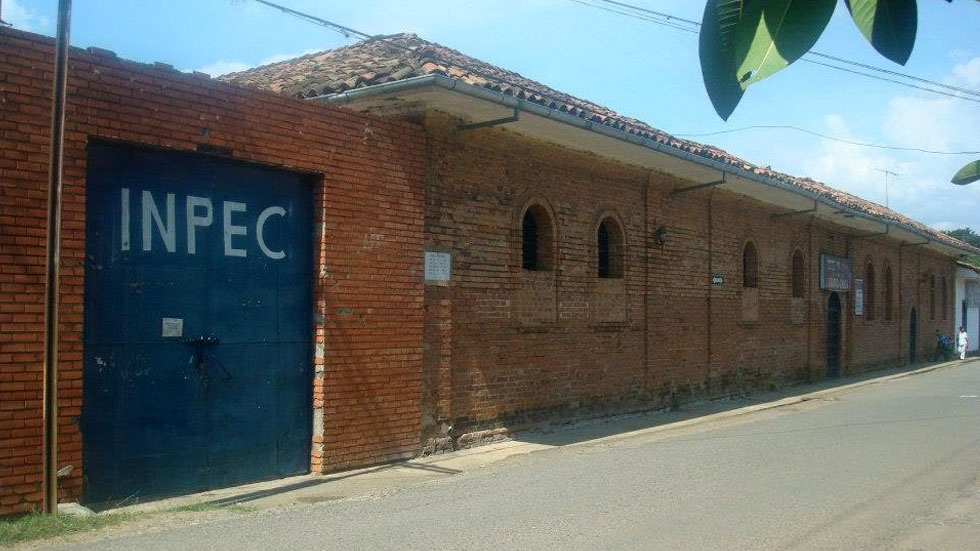 Cauca’s medium-security prison was built for 48 inmates but has 164, with an overpopulation of 242%. There is no external network of hospitals for the care of prisoners. 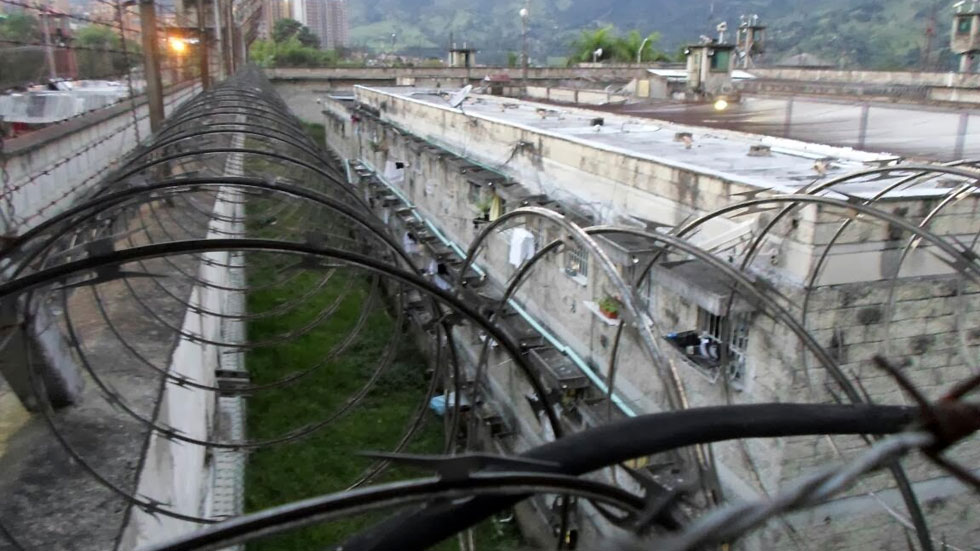 The La Paz prison in Itagui, Antioquia, has a maximum capacity of 328 people and an occupancy of 966, reaching 194% overcrowding. It lacks sufficient medical personnel to care for the inmates. 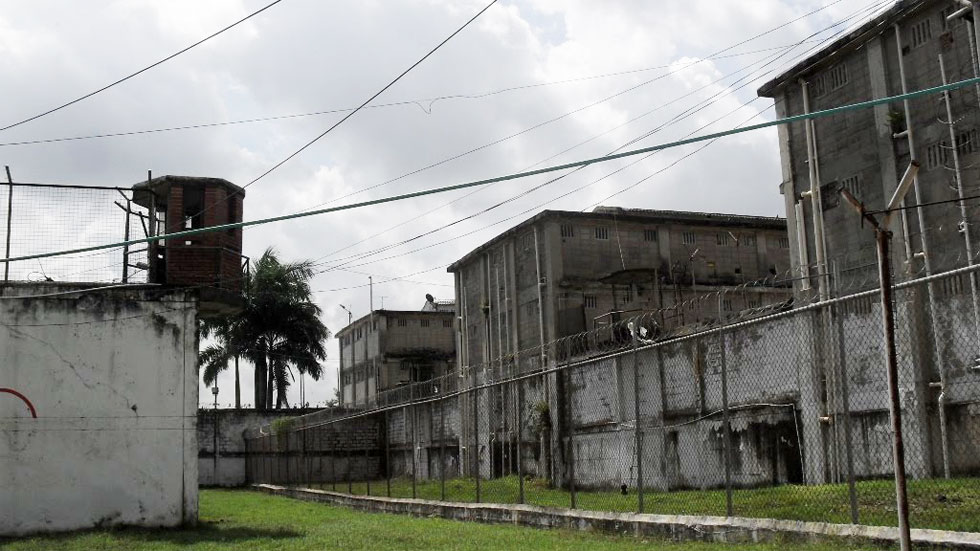 In Colombia’s largest city to the north, the Bosque de Barranquilla prison holds 1,768 inmates with a capacity of 640, with 176% overcrowding. Earlier this year there was a severe fire, and on October 31, one prisoner died of chickenpox, which apparently was not treated promptly; another two other inmates and two members of the custodial body were affected by the virus, which threatens to spread amid conditions of inadequate infrastructure. 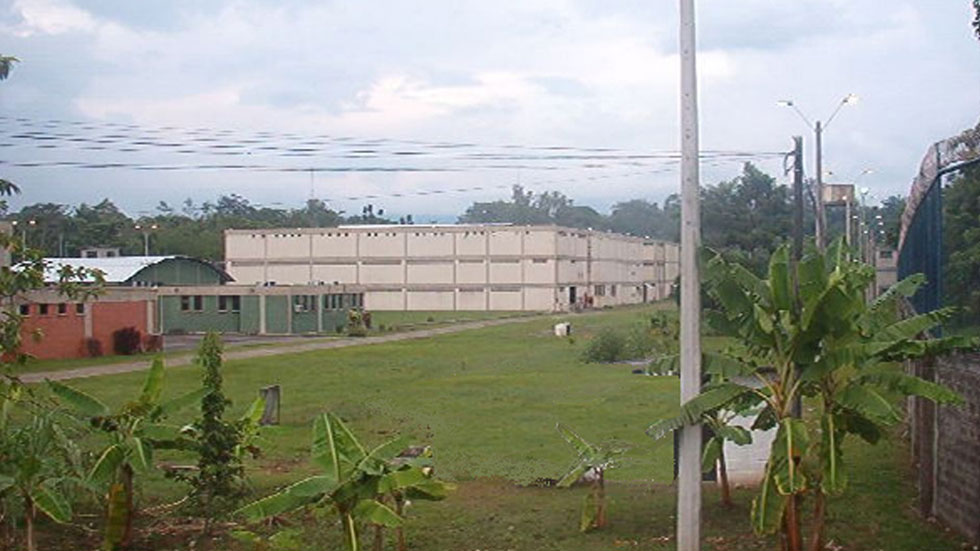 The Villa Ines prison in Antioquia currently holds 797 prisoners with a capacity of 296, at 169% overpopulation. According to the ombudsman, there is a “proliferation of rodents and insects which have become the focus of disease processes and forced constant fumigation that further deteriorate the health of the inmates.” On August 31 this year, there were 148 pending appointments with specialists, and another 100 general medical and x-ray procedures. 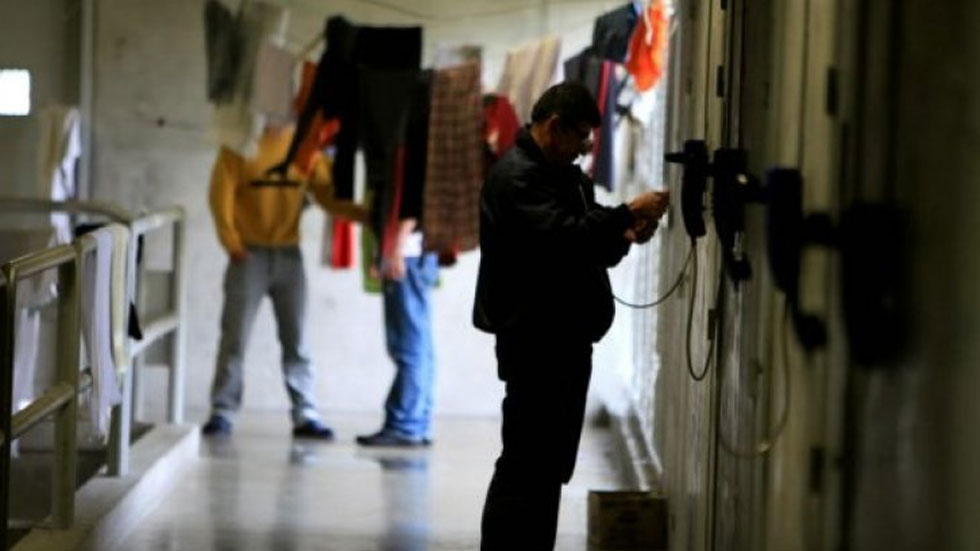 The Anayancy prison in Choco houses 721 inmates with a capacity for 286 inmates, or 152% overcrowding. There is a high risk of fire and short circuit because the wiring is exposed and in poor condition; the special treatment unit has only two unlit cells, and  its occupants are only allowed to get sunlight for 15 minutes Monday through Thursday and one hour on Friday, limiting the chances of recovery