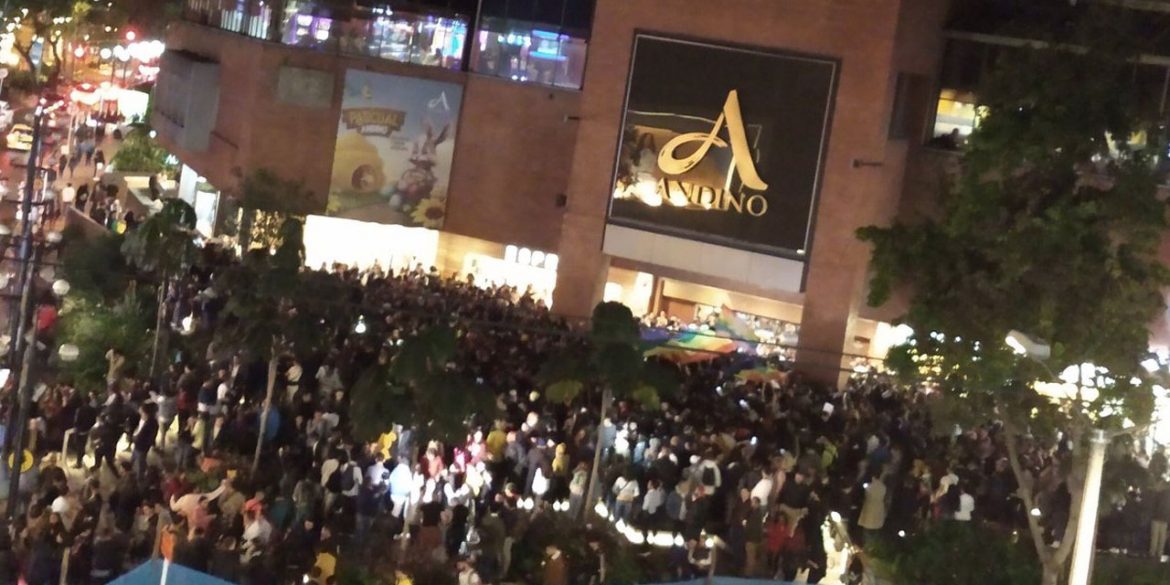 Hundreds of people gathered in front of one of Bogota’s most exclusive malls for a “kissathon” to reject a recent case of discrimination against the LBGT community.

Pro-LBGT flags, white roses, posters and plenty of people making out filled the entrance to the Andino shopping center in the north of Bogota.

The protest was organized after Pedro Esteban Miranda and Nicolas Tellez were pushed and verbally harassed by a homophobic man, who claimed the men had behaved obscenely.

A policeman who was called to the scene cited the couple for exhibitionism and public sex acts instead of arresting the aggressor.

Footage from the mall’s surveillance cameras proved the men had falsely been accused and fined; they two men did exactly what couples tend to do, kissing and holding hands.

In city parks in Colombia, it is common to see straight couples making out and holding hands in public.

The incident created a firestorm on social media under #yobesoa (#IKiss), where people shared who they would like to kiss and argued that public decency laws disregard sexual preference.

The police have announced they will review the case and the fine imposed on the two men.

We believe that we must call all citizens to form ourselves in conscience, to see that discrimination in this country is already illegal, we can not segregate any community, or any other minority, because in this country we also constitute citizenship and we are not second-class people.