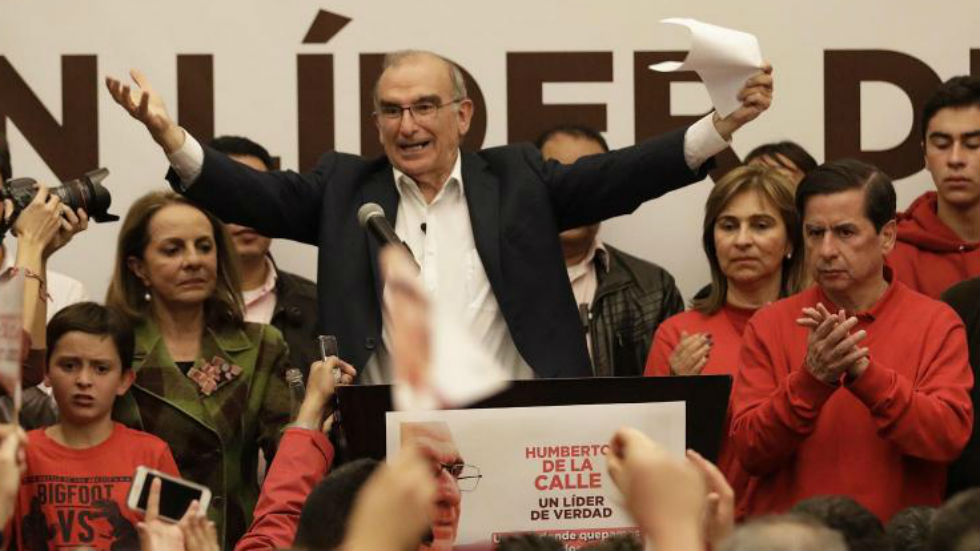 Colombia’s Liberal Party will be represented by Humberto de la Calle in next year’s presidential election after the former peace negotiator secured a narrow victory in a vote on Sunday.

De la Calle won 365,658 votes, defeating the 324,777 received by Juna Fernando Cristo in the internal consultation carried out by the Liberal Party.

The former vice-president claimed that his victory marked the first step “towards a new country.”

The Caldas-born politician, who bartered a peace deal between Colombia’s Marxist-inspired guerrillas and the government hopes to continue the work of implementing the agreement, should he become president.

While the peace accord still faces massive opposition across the country, de la Calle believes the FARC can now be opposed politically instead of militarily having disarmed and formed a political party.

“We want to defeat them with votes and without bullets, on the point of arguments,” said the former Minister for the Interior.

The former chief government negotiator for the dialogues with the FARC added that the peace process “will not allow millions of victims to be forgotten. But let’s not lose sight of the fact that this is not about changing the past but about changing our way of facing the future.”

The Liberal candidate added that he also has a commitment to combat inequality in Colombia.

“I believe frankly and without apology, that there is no margin of expectation to combat the immense gap between rich and poor,” he said.

Before leading successful peace talks with Colombia’s largest rebel group FARC between 2012 and 2016, Humberto de la Calle had been vice-president under controversial former President Ernesto Samper between 1994 and 1997.

While loathed by the country’s hard-right due to the peace process that includes far-stretching political reforms and a truth commission, De la Calle’s promotion and defense of peace has made him relatively popular among Colombians who support peace.

Colombia’s new president will take office in August next year and be presented by a number of major challenges as the peace process is not the only issue on the political agenda.

The country’s economy has slowed down after the drop in oil prices in 2014 and the ongoing crisis in neighboring Venezuela has spilled over to Colombia, with the relationship with the progressively authoritarian government becoming increasingly strained.