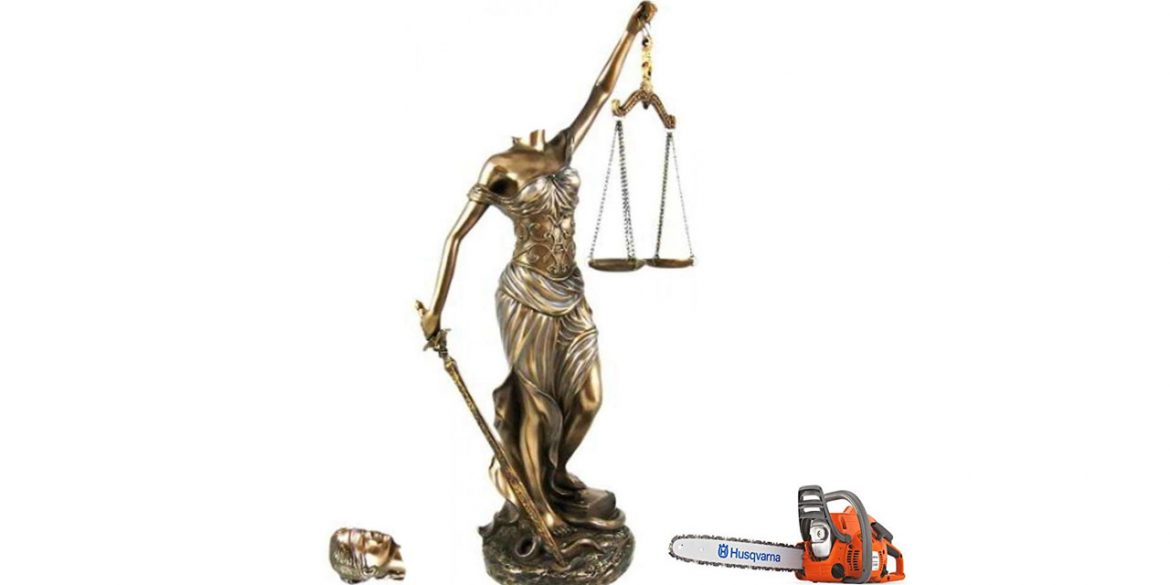 The hard-right head of state has opposed the Special Jurisdiction of Peace (JEP) ever since he joined the far-right Democratic Center party in the Senate in 2014.

Duque has already come in for major criticism both at home and abroad for his rejection of a statutory bill that defines the powers of the JEP but the financial restrictions he has imposed on the transitional justice system is making the task of finding truth and justice all the more difficult.

Respective cuts in funding to the JEP, the Truth Commission and the Search Unit for Disappeared Persons, the key pillars of the transitional justice system, is likely to efforts the South American country’s efforts to find peace after more than half a century of armed conflict.

From the outset, Duque has become more and more uncomfortable with the prospect of the transitional justice mechanism delving into war crimes committed over the course of the armed struggle with the Marxist FARC guerrillas.

This opposition to the war crimes tribunal has been reflected in recent measures that cuts the budget of the mechanism and reduces the expected municipal offices from 10 to five.

The JEP, which will attempt to punish those guilty of war crimes, expected to receive funds in excess of $118 million but this has been cut to a little over $93 million.

According to the president of the tribunal, Patricia Linares, the JEP would need at least another $25 million to operate properly.

The Investigation and Accusation Unit (UIA), the court’s prosecution unit has also been devastated by cuts.

The restriction of nationwide headquarters from 18 to 10 will drastically reduce its ability to deal with cases where suspected perpetrators are not complying with the justice system.

The unit will now be forced to concentrate its efforts solely where the conflict was particularly strong, potentially leaving millions of victims without justice, explained unit director Giovanni Alvarez.

Alvarez confirmed that the unit is actively seeking alliances with local governments so they can provide physical spaces to care for victims.

Colombia’s truth commission, officially called the “Commission for the Clarification of Truth, Coexistence and Non-Repetition,” which will seek to clarify how the conflict degenerated to the point it victimized more than 15% of the population.

The commission originally requested funding to the tune of approximately $50 million but has received an allocation of just under $26 million, a reduction that will drastically limit its quest to piece together the events of more than half a century of war.

In addition, the entity was allowed to employ 455 people in 2018, but the budget cuts mean only 212 investigators can be hired, the commission’s general secretary Mauricio Katz told newspaper El Espectador.

In effect, this means that the truth commission’s reach will be restricted from a planned 26 territories to merely 17. At each of these locations they planned to have between eight and 13 people, which now appears to be impossible.

“In practice, today we can only have between three and a maximum of seven people per territorial office. This means that listening to the victims, collecting testimonies, the possibility of holding recognition meetings or putting actions of coexistence into practice according to our mandate, are reduced,” explained Katz.

According to sociologist Alfredo Molano, the cut would have serious consequences for its ability to investigate the war in the Orinoco and Amazon regions that make up almost half the country in the southwest.

“Imagine what a journey implies, a journey in an area where the value of transport is very high. In addition, you have to eat, pay hotels for officials,” said Molano to El Espectador newspaper.

Molano says that some 35% of the population in these areas is believed to have been victimized by one of the many actors in the conflict in this part of the country.

The Unit for the Search of Disappeared Persons (UBPD), which will be sending out its first search units to find the remains of some 126,000 people who were forcibly disappeared during the conflict or never returned after being kidnapped has also been targeted by Duque.

Despite the mammoth task lying ahead, Colombia’s Finance Ministry underfunded the unit that, according to director Luz Marina Monzon is now $15 million short.

Consequently, Monzon can only hire 153 prosecutors while she had calculated the necessity of more than 260. Without extra investment, of which much comes from international sponsors already, the UBPD cannot do its job, the director told El Espectador.

For example, the identification of corpses will be done by the Medical Examiner’s Office. In the places where we look for these people there is no office of this entity, so we must transport the bodies to the cities. This needs investment.

The reduced teams and budgets will add even more pressure to the teams, who will be facing grave security threats in some of the regions where armed groups remain the primary authority and may have an interest in making sure that the armed conflict victims who are presumed dead remain missing.

The restrictions and cuts by Duque reflect the wishes of his party and specifically that of his political patron, former President Alvaro Uribe, who’s family is implicated in multiple crimes against humanity.

Multiple top members of the military are also accused of war crimes, namely the mass execution of civilians to inflate the national army’s military successes in fighting Marxist guerrilla groups when Uribe was president.

The president’s objections to elements of the war crimes tribunal were fiercely rejected by centrist and leftist parties who have been promoting a negotiated end to the country’s 55-year armed conflicts for years.

Also the United Nations and the European Union, who sponsor the peace process, spoke out in favor of the Special Jurisdiction for Peace (JEP) that took force last year.