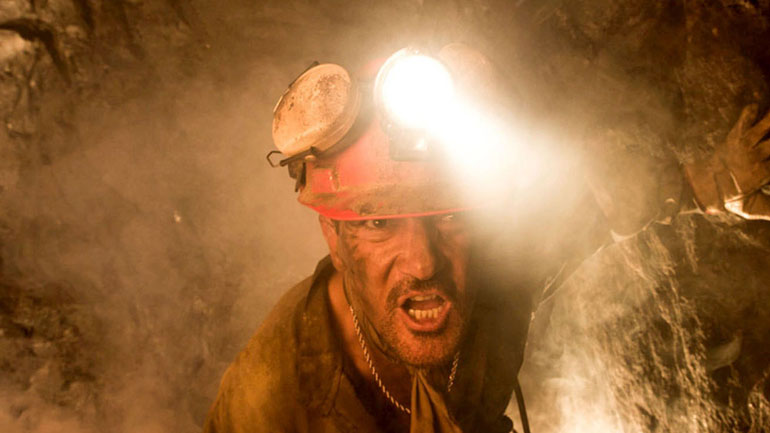 How Colombia became a hotspot for international movie productions

Colombia has increasingly been attracting big productions to what is becoming a popular setting for the production of major national and international movies. All because of one 2012 law.

Law 1556 was introduced in 2012 with the intention of making Colombia a desirable filming location for national and international movies, which would not only boost the local film industry, but also promote the country as an enticing destination for tourists.

The Film Development Fund offers to pay 40% of the total spent on pre-production, production, post-production, and artistic and technical services and 20% of logistical costs including accommodation, food and transport.

Colombia is the only South American country to offer such an incentive, which saves film production companies between 30-35% of production costs.

To date, 15 projects from countries including the United States, France and Argentina, have been approved and have featured the likes of actors Tom Cruise, Antonio Banderas, Mickey Rourke and actor/producer Elijah Wood.

“The 33,” which debuts this week and stars Antonio Banderas, is the first movie to benefit from the project.

The Chilean and American co-production tells the story of the 33 Chilean miners who were trapped in a mine for more than two months in 2010.

A boost to the economy and more jobs

According to reports, the 15 movies that have been funded by this initiative have received around $7 million in Colombian funding and produced around $22.3 million for the Colombian economy.

According to the film fund, the drawing of large Hollywood productions has created 4,673 jobs.

According to the Semana magazine, many Colombian cities are also seeing the law as an opportunity to show the country in a new, more positive light to the rest of the world.

Others are hopeful that Colombia’s domestic film industry will improve because of an increase in international exchange of knowledge and talent.

There are members of the industry however, who have expressed concern about possible consequences of the law.

Jhonny Hendrix Hinestroza, director and producer from the western province of Choco, says that if the law is not well managed Colombia “will only make the movies of foreign producers, and will become a production industry, not a film making industry”,  which will put “our identity, our stories, our method of film-making” at risk of being forgotten, he told Semana.

Among other fears are that of being underpaid and the risk that demand for cheap labor will increase as more productions come to the country, said a spokesperson for the Association of Colombian Actors.

Director of cinematography from the Ministry of Culture, Adelfa Martinez, said that “we are working together with the Ministries of Commerce, Industry and Tourism, and Labor, and with the new union for actors to make sure that business is carried out in the best way possible, without running these risks.”

Popular locations for filming have included Santa Marta and Cartagena on the Caribbean Coast as well as the capital Bogota and Medellin, the country’s second largest city.