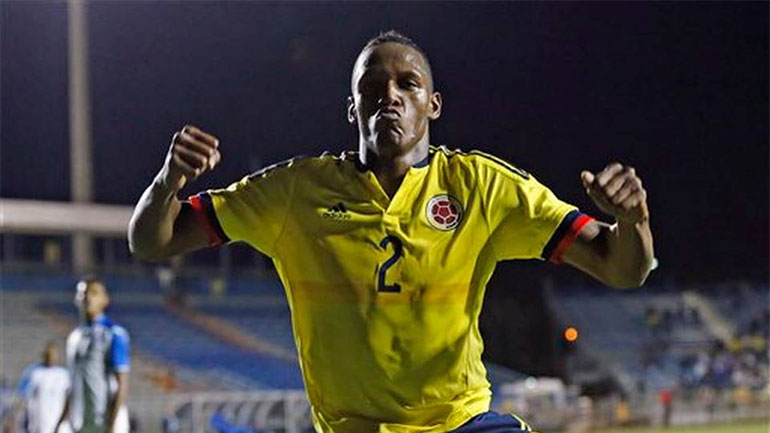 Honduras and Colombia tie 2-2 in exhibition

Honduras overcame a two-goal deficit and tied Colombia 2-2 in an exhibition between under-23 national teams Saturday night.

Second-half goals from Bryan Acosta and Alberth Elis helped Honduras salvage a draw in the match at Lockhart Stadium.

Acosta’s successful penalty kick in the 81st minute evened the match. A hard foul on Elis by Colombia defender Andres Murillo inside the large area resulted in Acosta’s attempt.

Honduras reduced the deficit on Elis’ goal in the 57th minute. Elis received Darwin Espinal’s cross from the left wing and one-timed a shot from 10 yards.

Colombia stunned Honduras with two goals off set plays during a 3-minute span late in the first half.

Yerry Mina opened the scoring in the 34th minute. Mina headed William Palacio’s corner kick inside the right post and past the outstretched hands of goalkeeper Luis Lopez.

Honduras has qualified already for the 2016 Olympics, and Colombia is still in Olympic contention. Colombia and the United States will play a home-and-home for the final Olympic berth of the North and South American region March 25 and March 29.