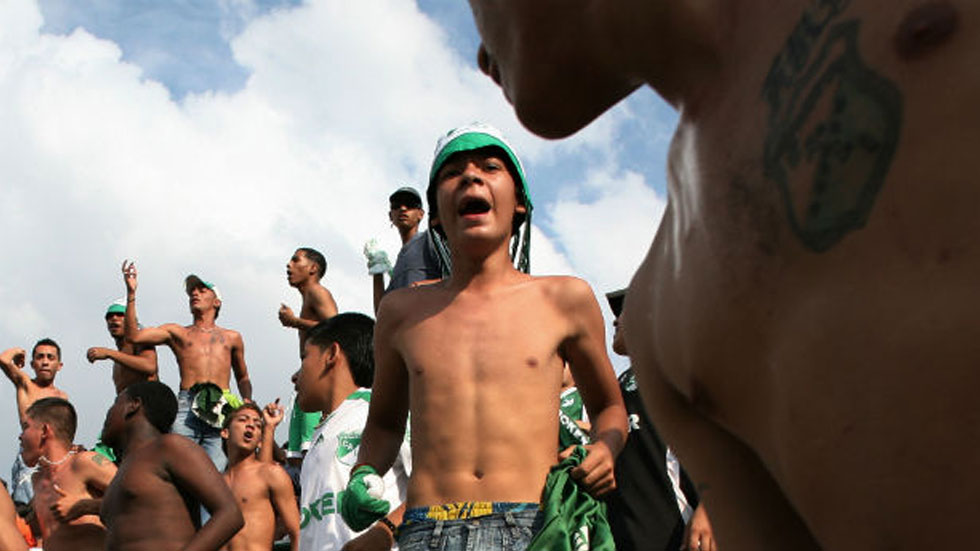 Members of the “Radical Front”, one of Cali’s most extreme groups of fans, arrived in Medellin on Sunday afternoon to support their team as they played southern based Envigado.

On Monday morning, Radical Front members broke into a bar where DIM team flags and banners were kept, stole them and posted photos of them upside down on their Facebook page.

Medellin fans had stolen Cali flags in 2014, apparently the motive of the most recent theft.

“We are ready, your debt with us is paid. We swore we would return, we did, and we left you with nothing,” the Radical Front said on Facebook. 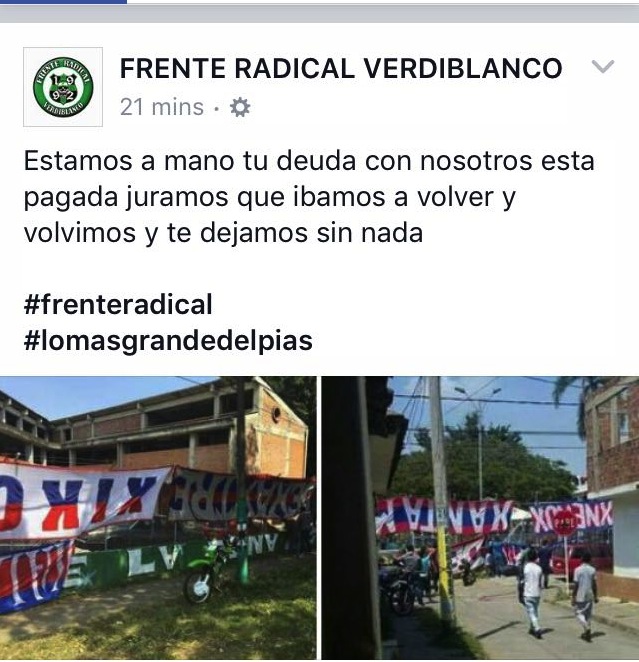 However, what seemed initially to be a petty act between rival soccer hooligans has since turned violent and threatening.

Unverified voice messages that were passed through social media on Tuesday indicated Medellin fans have allegedly kidnapped and tied up a Cali fan.

In another voice message, what appears to be the cocking of weapons can be heard in the background as an alleged DIM fan tells “our friends in Cali, who broke into where we kept the banners, and made the mistake of stealing them and hanging them upside down. If you’re listening, we are going to kill you. You made a mistake.”

Speaking with reporters on Tuesday, the mayor of Medellín said that authorities would be investigating the events.

Of course we are investigating this, it’s all part of the issue of violence in soccer. It’s absurd to see fans come to the metropolitan area and see everything that they took. It’s as if they were prepared for war. It’s ridiculous. They aren’t fans.

Violence surrounding soccer has long been an issue in Colombia as hooligans from opposing teams often take to violent clashes post-game.

Colombia’s Soccer Federation is seeking to implement tools such as facial recognition cameras in stadiums and blacklists for particularly violent fans in an effort to halt the nonsensical violence.