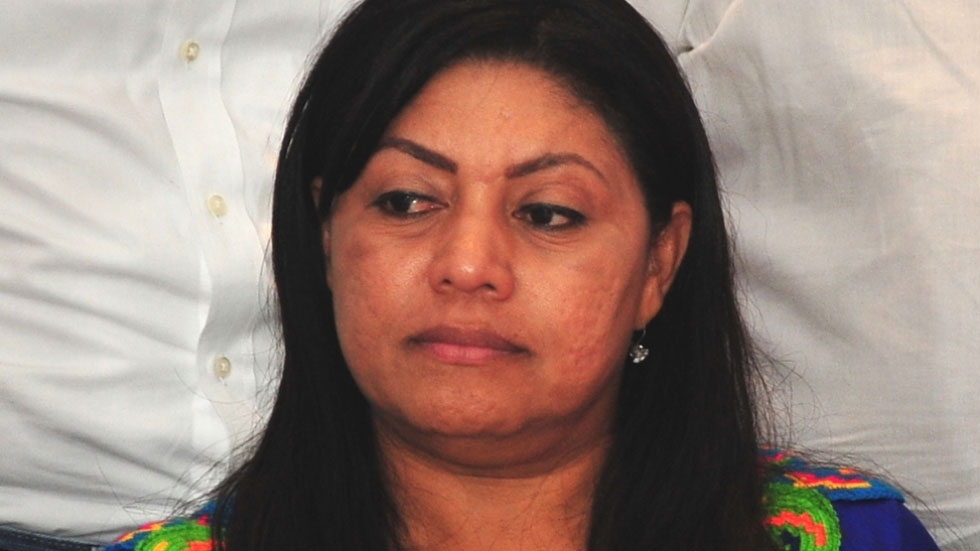 Oneida Pinto, the sacked governor of the northern Guajira province was arrested on Wednesday in the capital Bogota on charges she embezzled $6.2 million in medical funds in one of the most heart-breaking corruption cases in recent history.

According to the Inter-American Commission for Human Rights, more than 4,500 children of the Wayuu, the native people of La Guajira, died of malnutrition in the past 8 years.

Nevertheless, according to Prosecutor General Nestor Humberto Martinez, this was not enough deterrent for the former governor.

At the time of these events in 2011, Pinto was a candidate for mayor of Albania. According to the prosecution, the mayor of the municipality at the time, Yan Keller Hernandez, a political ally of Pinto and Vice-President German Vargas, signed a contract worth $6.2 million with the San Rafael Hospital of Albania, whose central objective was to reduce infant mortality rates.

However according to the prosecution, Pinto used the contract’s budget to ensure that she became mayor in 2012.

“Her sole objective was to get money for her political campaign,” an anti-corruption unit’s prosecutor told newspaper El Espectador.

Using the $6.2 million that had been set aside to reduce infant mortality rates, Pinto falsified documents and subcontracted 1,600 underqualified people to carry out work on the contract, for example giving talks in indigenous communities about how to avoid malnutrition and visiting pregnant mothers to talk about preventing starvation.

The one thing that linked all of these people was that they were all residents of the municipality of Albania, meaning they could vote there. Therefore, according to the investigation, public resources were being invested into Pinto’s political campaign.

So far 11 other people have been arrested in connection to this case, including the ex-mayor of Albania, Yan Keller Hernandez.

The Guajira peninsula, a desert area, has been plagued by malnutrition among children largely due to drought, systematic corruption in government, and the excessive use of water by the nearby Cerrejon coal mine.

Pinto’s predecessor is in prison after being convicted for a triple homicide.