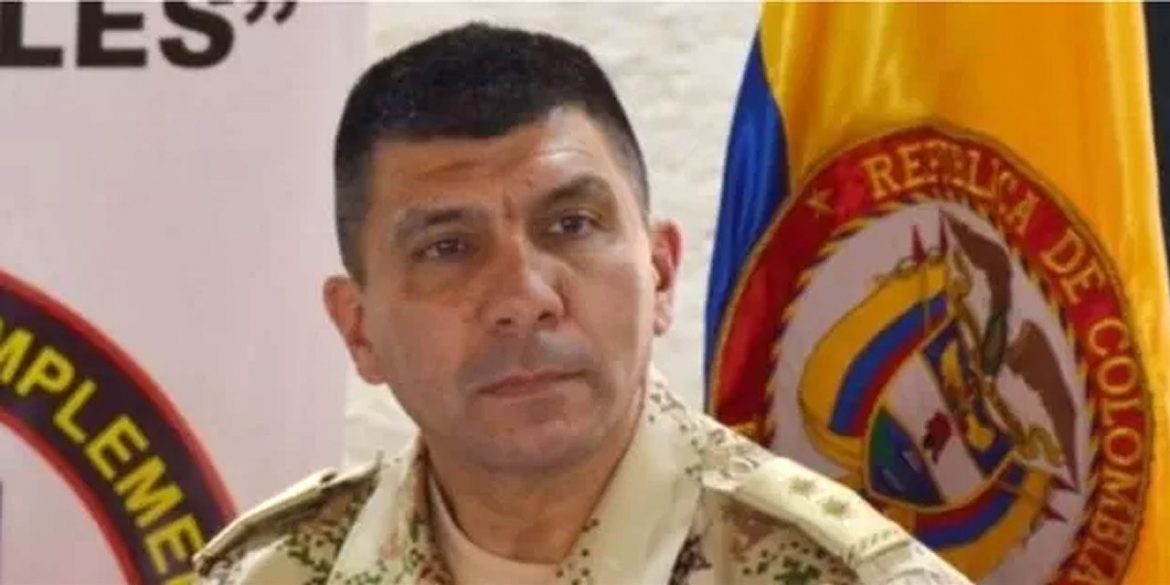 Colombia’s armed forces put a general investigated for the murder of 22 civilians in charge of military operations in one of the country’s most violent regions.

The appointment of controversial Brigadier General Edgar Alberto Rodriguez was rejected by human rights organizations who fear that the arrival of the alleged war criminal could worsen the situation in Bajo Cauca where a turf war between dissident paramilitary groups have spurred an explosive increase in violence.

Rodriguez is investigated by the prosecution and the war crimes tribunal over his responsibility in the alleged killing of 22 civilians who were presented as guerrillas killed in combat while he commanded an army battalion in Magdalena Medio, the region bordering Bajo Cauca.

The general is one of many top military commanders who have not been adequately investigated despite their alleged role in the so-called “false positives” scandal, according to Human Rights Watch.

The Attorney General’s Office has opened investigations into at least 22 alleged killings under his command. In August 2012, a court in Antioquia convicted one soldier of the Magdalena battalion of killing a farmer in November 2007.

But according to National Army commander General Nicasio Martinez, the fact that Rodriguez is an alleged war criminal is no impediment to appoint him commander of a military unit in one of the country’s most troubled regions.

General Rodriguez complies with the standards and norms of the army as general and was appointed because of this. Furthermore, he has had a very important task in the transition command and will now be dedicated to Bajo Cauca.

Local human rights defender Oscar Yesid Zapata told Blu Radio that “this makes us believe that the government is not committed to guarantees of no repetition and that tough times are ahead in Bajo Cauca.”

With this person in charge we have no guarantees in regards to human rights and international humanitarian law.

Rodriguez is only one of many military commanders accused of being responsible for the systematic killing of thousands of civilians who were falsely presented to media as guerrillas killed in combat.

Human Rights Watch identified over 180 battalions involved in the practice of luring civilians to remote places and killing them. Once dead, they would be dressed with guns and falsely presented as “enemy combatants.”

Almost 800 military personal have been convicted for these murders, but investigations against higher-ranking military officers have been obstructed by the military, according to HRW.

HRW lamented Rodriguez’s promotion to Brigidier General in 2016, along with the promotion of other military commanders accused of being responsible fro crimes against humanity.