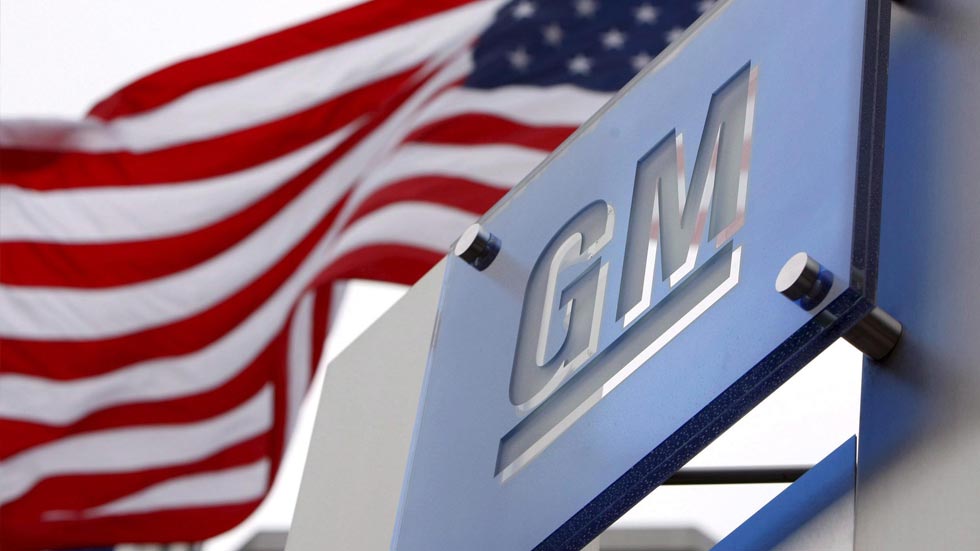 A long running dispute between auto giant General Motors and former GM factory workers in Bogota heated up again at the company’s annual meeting in Detroit, when a shareholder publicly urged GM’s CEO to settle the case.

The former GM members say they were fired unfairly in 2012 because of workplace injuries. For four years they have maintained a protest encampment across the street from the US embassy in Bogota.

The case was brought up during the Q&A session at GM’s annual meeting of shareholders by Paige Shell-Spurling, an activist with the Portland (Oregon) Central America Solidarity Committee.

Shell-Spurling pressed GM Chairman and CEO Mary Barra to settle the issue, saying it was “sweatshop” conditions that caused injuries that led to the firing of more than 60 workers at the GM Colombia assembly plant. Many of them have moved on, but a core of about ten remain active in challenging the company.

“It’s shameful that GM has not been able to bring this to a conclusion,” Shell-Spurling told Barra.

GM’s Barra replied that the company “has taken extraordinary steps to resolve this situation,” including mediation and offers of retraining for the workers. She also said the Bogota factory has always met GM’s worldwide standards on workplace safety.

The back-and-forth between the activist and the executive was polite but inconclusive. Shell-Spurling finished her comments by saying supporters of the workers “are committed to escalating and committed to disturbances” in order to press their cause.

The workers chose the US embassy as the location for their vigil because of the government’s role as GM’s largest shareholder at the time of their dismissals. The US took shares of GM in exchange for its 2009 bailout of the company but has since sold its stake.

The workers organized themselves as ASOTRECOL (Association of Injured Workers and Ex-Workers of General Motors Colmotores) and used tactics including a hunger strike to draw notice and the support of various US labor and human rights groups.

They’ve also been concerned about efforts in the Colombia Congress to make it easier for firms to fire injured workers.

The exchange between Barra and Shell-Spurling can be heard on a recording of the shareholder meeting made available by GM.