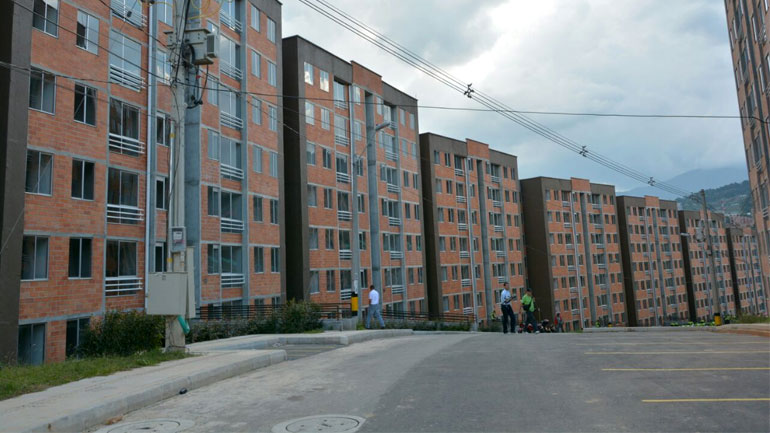 An armed group has asserted control in a Medellin public housing project that was recently built for conflict victims and low income families.

Ten months ago, 512 apartments in the Sante Fe de Antioquia complex, which was built on the outskirts of the city, were granted to the families. The public housing project was part of 100,000 homes that have been built in the city to provide free housing for low income and displaced families.

However, within a few months of moving in, an armed gang took over the project and asserted control, according to the magazine Semana.

Residents must now pay extortion taxes for security, and to use the public parking facility. In some units, where the legitimate owners have been removed, gangsters moved in and drugs are being sold.

According to social workers who work with the residents of the complex, the criminal group is called Curazao or the Campiña.

Although police have arrested leaders and at least 12 members of the gang, the problems persist in the housing complex and the group appears to be as strong as ever.

The public housing gang has expanded its influence to include a surrounding Robledo district, where stores must pay 100,000 pesos ($30) to the gang.

Authorities complained that their efforts to remove the gang are thwarted by the residents, who reportedly shield the gang members by alerting them to police patrolls and creating stories to protect them from arrest in instances where gang members are caught engaging in suspicious activity.

“What is happening there is the same as what has historically happened in Medellin’s neighborhoods,” said Luis Patricia Correa, the director of the city’s Victim Attention and Support Unit. “Now we start the task of reestablishing rights, not just giving away free homes.”