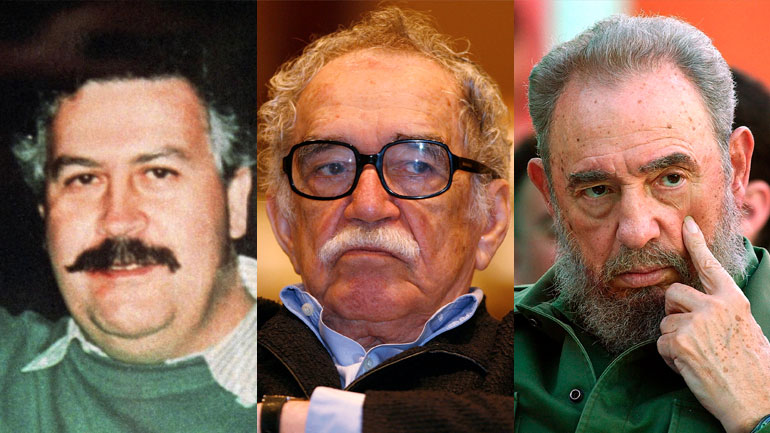 In a one-hour interview with Puerto Rico’s Wapa TV, Jhon Jairo Velasquez, a.k.a. “Popeye,” claimed that Garcia was one of Escobar’s key contacts who would deliver drug trafficking information by letter.

“I am going to give you a key bit of information: the link between everyone [Escobar, Cuba and the US] is called Gabriel Garcia Marquez, the Nobel Laureate,” said Popeye, who is alleged to have killed as many as 3,000 people in his Medellin Cartel years.

According to the hit man who was released from prison early in 2014 after serving 22 years (three fifths) of his prison sentence, Garcia played the role of the messenger in Escobar’s greater plan of creating drug trafficking links between Colombia and Cuba in order to then bridge the trade to Miami.

Popeye tried to boost this massive claim by assuring the interviewer that he himself spoke with Garcia regarding his position on behalf of Escobar.

“I was in Mexico carrying a letter to the Nobel Laureate for Raul and Fidel Castro; a manuscript of Escobar’s”, tells the  former chief hit man of the Medellin Cartel Hitmen, also dragging the revolutionary leaders of Cuba in to the narco trafficking mix for the first time in the known history of Escobar’s drug network.

“When I got off the plane theMexican police were waiting for me and took me to where ‘Gabo’ was signing autographs. He called me aside and said, “Popeye, where is the letter?”, and I gave it to him,” recounted Escobar’s sidekick.

Adding to the bold claims about Garcia, Popeye also insinuated that Cuba was used in Escobar’s drug trafficking game plan saying that Commander in Chief of Cuba’s Armed Forces Raul Castro “received [cocaine] in the airport.” According to Popeye, Castro was responsible for the presence of cocaine in Miami.

According to the former Medellin cartel hitman, the contents of this supposed letter that was carried by Garcia was asking “Fidel [Castro] for a Russian submarine to carry drugs from Mexico to Havana and from Havana to Miami.”

The former trigger-happy associate of Escobar wanted to clarify however, that his statement was by no means linking the world-renowned and appreciated writer with the actual drug trafficking network, but merely stating that he “served as a link by delivering letters.”

“I never said that he read the letters and that he was a trafficker. The traffickers were Raul and Fidel Castro,” clarified Popeye.