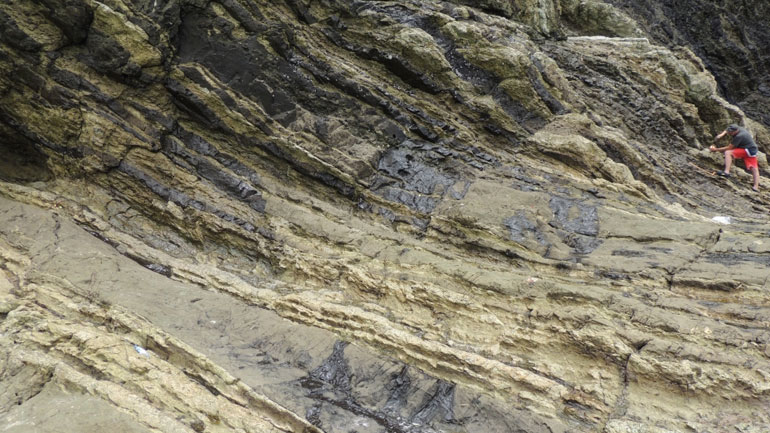 Fragments of meteorite that exterminated dinosaurs landed in Colombia

A team of scientists working on the Colombian island of Gorgonilla, in the Pacific, has found fragments of the meteorite that 66 million years ago caused the extinction of the dinosaurs, sources close to the investigation said Tuesday.

“(We have) evidence of the impact of the meteorite, (they are very tiny) particles that are the result when the meteorite hit,” geologist Herman Bermudez told Spanish news agency EFE.

Those remains, called spherulites, which are small, rounded bodies that commonly occur in vitreous igneous rocks, are part of the continental shelf material that is currently the Yucatan Peninsula and they were found with fragments of the meteorite.

The spherulites are 2 cm (about 0.8 inches) in diameter and look like marbles, being made of glass.

Under the microscope small crystals from the meteorite can be seen and they show its composition.

When the meteorite hit Earth, it blasted out a crater 200 km (125 mi.) in diameter known today as Chicxulub, which is on the Yucatan Peninsula.

The impact caused an environmental catastrophe, including gigantic tsunamis, that led to the massive extinction of many species, including the dinosaurs.

Bermudez said that “the find is unique” because experts worldwide who worked with him “know all the spots in the world where there is evidence of the impact” and said that “they had never seen preservation like this.”

It is still not known precisely why the fragments are in such good shape, but scientists suspect that it is because Gorgonilla “was very deep under the ocean” and only emerged from the waves millions of years later.

These are the first fragments that have been discovered in South America, although fragments of the meteorite have been found in Central and North America.

Despite the lack of financing, Bermudez says he hopes to continue working to show that when the meteorite hit there was a “mega-earthquake” measuring 13 on the Richter scale in the Western Hemisphere.