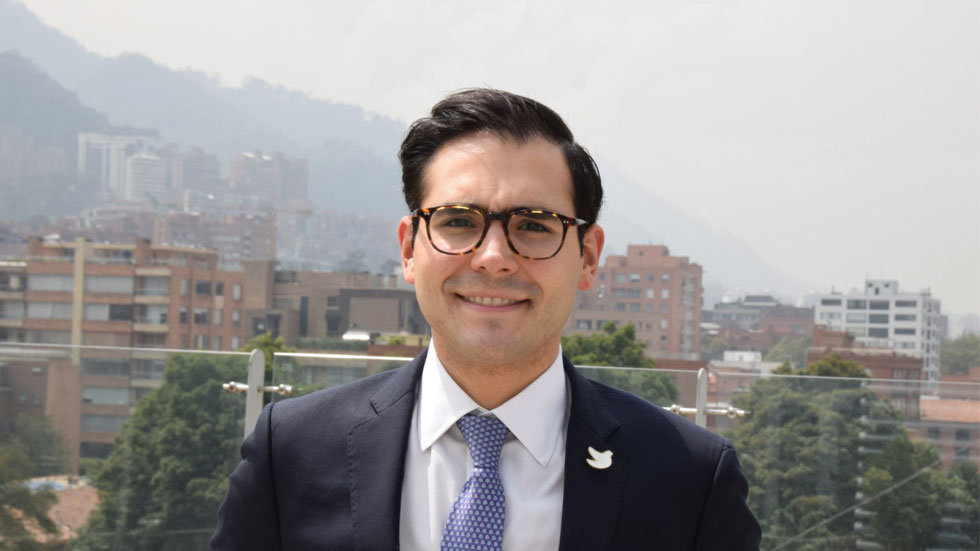 The 31-year-old that has been appointed to lead Colombia’s efforts to seek foreign funding for peace in the country was until recently taking notes for President Juan Manuel Santos.

Sergio Londoño, an heir of one of Colombia’s political elites, was appointed head of the Presidential Agency for International Cooperation (APC) earlier this month by President Santos in spite public complaints regarding his relative inexperience in international fundraising.

Londoño worked as Santos’ notetaker since the president’s reelection in 2014 and will replace Alejandro Gamboa, a former senior adviser at the Inter-American Development Bank and director with Colombia’s Ministry of Finance. Gamboa has led the agency since December 2014.

Londoño is a descendant of Soledad Roman, the wife of Rafael Nuñez, a former Colombian president. His grandmother, Teresita Roman de Zurek, is a famous Colombian writer and chef known for her 1963 cookbook, “Cartagena de Indias en la Olla.”

After studying political science and international relations at Bogotá’s Javeriana University, he has sidestepped in and out of domestic politics, working as a secretary for the president of Cartagena’s Chamber of Commerce between stints at Colombia’s Ministry of Foreign Relations in 2011 and 2013.

Londoño previously ran for congress for Santos’ Social Unity Party in the 2014 elections, but lost by a wide margin.

Critics argue that Londoño is not qualified to lead a presidential agency of such caliber due to his relative inexperience in matters of international cooperation, and point to his close relationship with María Ángela Holguín, the country’s Foreign Relations Minister, as the main reason for his appointment. Some believe that Gamboa, the former APC director, was pushed out upon Holguín’s request.

The APC was formed in 2011 with the objective of working with Colombia’s Foreign Relations Ministry to foster international support for Colombia’s development initiatives. In the past year, it has taken on the responsibility of raising funds for the country’s post-conflict programs after the government finalized a peace agreement with the FARC, the country’s largest guerrilla group.

Implementing the peace deal in Colombia is expected to cost the government $31 billion over the next ten years.

In an op-ed in El Tiempo earlier this month, Gamboa said that the international community had committed $1.7 billion in assistance for the country’s post-conflict initiatives in 2016.

Most of the aid has been secured through bilateral agreements with countries such as the United States, Canada, Sweden and Germany. The rest–around $400 million–will be provided by international funds created by the United Nations, the Inter-American Development Bank, the European Union, and the World Bank. The Colombian government has set a goal of obtaining $3.3 billion in international aid by 2020.