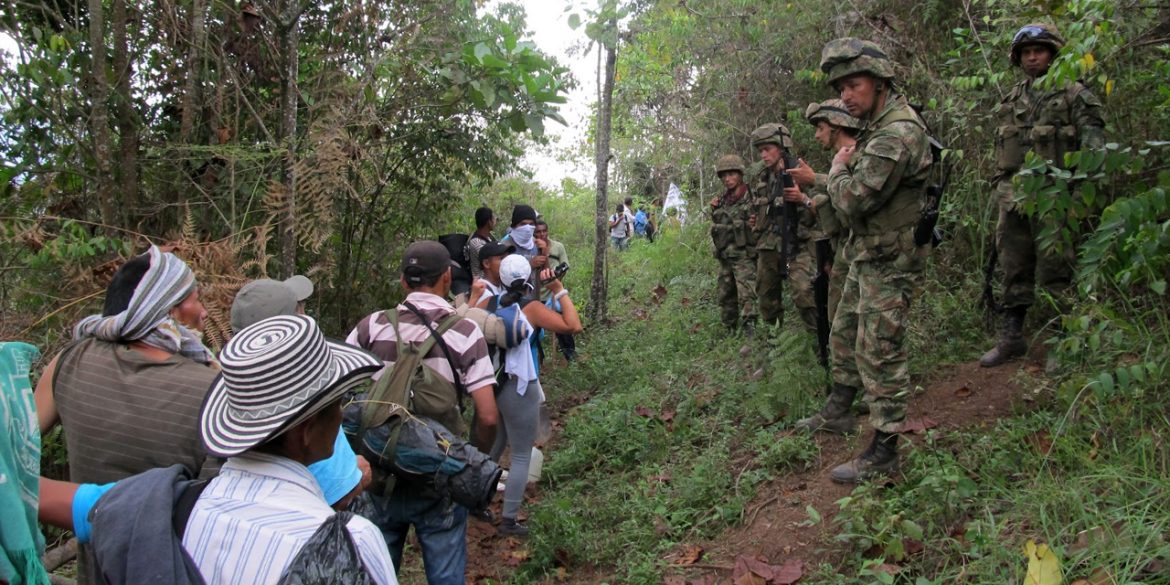 More than 8.3 million people have been forcibly displaced in Colombia since the beginning of the country’s armed conflict, according to the United Nations.

Contrary to popular belief, the majority of the victims of forced displacement were not displaced because they were fleeing combat but because of illegal armed groups’ aggression against civilians.

In many cases, people were forcibly displaced was part of an effort by paramilitary groups and rural elites to steal their land.

Forced displacement became a growing issue after the formation of paramilitary groups in the Antioquia province after former President Alvaro Uribe became governor in 1995.

Between then and 2010, 15% of Colombia’s entire national territory was abandoned.

Almost one in every five victims of forced displacement is from Antioquia where more than 1.5 million people lost their home between 1985 and 2018.

The number of victims of displacement from Choco is the equivalent to 90% of the total number of inhabitants of the western province.

More than two thirds of Choco’s current inhabitants are a victim of the armed conflict, mainly because of forced displacement that pushed many of the province’s original inhabitants to the cities.

How people were displaced

At the height of the “Paramilitary Project” between 1997 and 2003, forced displacement was mainly fueled by threats posed by illegal armed groups to rural communities.

Additionally, the terror imposed on civilians by massacres or incursions spurred a lot of people to abandon their homes and lands during that period of the armed conflict.

The military, which collaborated with the AUC in many parts of the country, became a more prominent actor after the election of Uribe as president in 2002.

Forced displacement began to drop after the demobilization and disarmament of the AUC and the revelation of ties between the paramilitaries, regional elites and the military between 2006 and 2009.

A new generation of paramilitary groups continued to actively displace communities, but with considerably less manpower than the AUC.

In 2011, Congress passed the Victims and Land Restitution Law, which made it considerably more easy for victims to register and demand the restitution of land that had been dispossessed.

For the first time in the history of the armed conflict, the Victims Law allowed scholars and victim organizations to reveal the reasons behind the mass displacement.

A 2016 peace deal with FARC guerrillas gave victims and authorities even more tools to combat forced displacement and land dispossession in particular.

The peace process didn’t end the forced displacement of civilians, mainly because of the ongoing activity of illegal armed groups, but did allow authorities to register a record low in victims in 2019.

Armed actors behind forced displacement in 2020

Forced displacement began to rise again in 2020 and surged in 2021, mainly because of the activity of illegal armed groups in the southwest of Colombia.

Instead of land theft, the most recent surge in forced displacement appears to be due to these illegal armed groups’ interest in the drug trade.