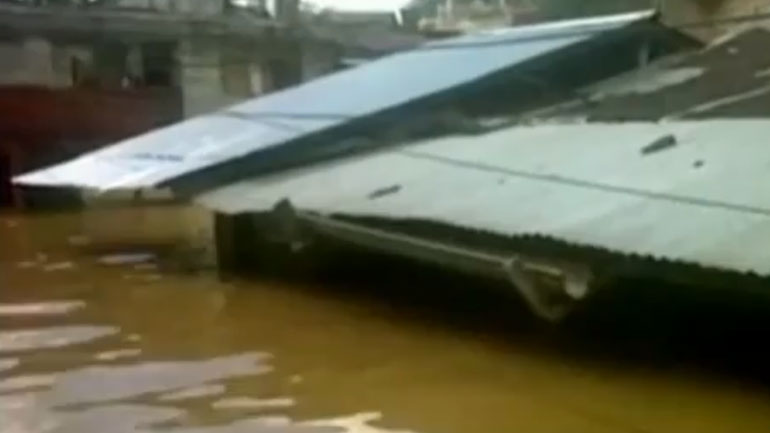 More than six thousand families have seen their homes damaged by flooding in western Colombia, leaving so far 30 houses collapsed and forcing the evacuation of thousands now without shelter.

Timbiqui and Guapi, two municipalities in the western, coastal department of Cauca, have been hit the hardest by the floods, experiencing landslides and incurring severe damages to the towns.

General Director of the National Information System on Disaster Risk Management (SNGRD), Carlos Ivan Marquez, announced early Saturday morning that 15 houses have been destroyed in Timbiqui and 5,353 families have been put in risk so far.

Additionally, another 1,662 families in Guapi have been affected by the overflowing of the Nape and San Francisco rivers, beginning an emergency November 4 in the region, local media reported Monday.

Luis Gabriel Chica Bolaños, coordinator of Risk Management of Cauca, explained the measures being taken to evacuate the residents of the area.

“At the moment we are evacuating people to higher areas, to Chuare exactly, three hours upriver from Guapi, where they are settling into homes of relatives while they wait for shelter,” stated Bolaños.

Chuare, however, was also hit by a landslide only five days ago after the river levels rose beyond capacity, forcing many of its inhabitants to take shelter in the town chapel, which is the highest point of elevation in the small community.

Local priest Hilario Cuero stated to media, “A landslide came through our community, and some houses have been taken with it. As of now there are a lot of kids, young people and adults in the highest part of the town, especially in the chapel. But the entire town is flooded.”

Residents continue to incur damage to their homes, losing valuable possessions, and living in risk of further wreckage.

Bolaños voiced a warning to the National Risk Management Unit to accelerate aid in humanitarian work being conducted by the governor’s office of Cauca.

“Forecasts indicate that it will not stop raining in this area of Cauca, meaning the rivers will continue to grow and the situation can become even more complicated,” the Risk Management coordinator advised.

The Cauca Risk Management team has yet to receive missing persons reports, but Bolaños stated that already three adults have died after falling into the extremely dangerous currents rushing through the area, destroying homes and chunks of land in its path.

According to Cauca’s Risk Management agency, the National Police transported 300 medical, sanitary and food supplies by plane this Sunday to the most damaged households from the floods in Timbiqui and Guapi.

The aid packages had to be delivered to Guapi, however, as Timbiqui ultimately had to close its own airport due to the surging waters. As a result, Timbiqui represents a particularly difficult area for aid units, as access to the town has become increasingly limited.

The National Government pledged Monday a near $1 million USD investment into the region to go towards safety measures throughout the country’s rainy season, which typically occurs in two October-November and April-May anual periods, according to the National Unit for Disaster Risk Management (UNGRD).

UNGRD maintains that the main actions in the two municipalities of Guapi and Timbiqui are concentrated in the development of the Damage Assessment and Needs Analysis (EDAN), which measures to date approximately 5,000 affected families by the floods.

UNGRD oversees the departmental Disaster Risk Management office of Cauca, and is working to advance relevant logistical and operational actions to ensure the delivery of more humanitarian aid, as the area becomes increasingly difficult to access and increasingly in need of supplies and resources.

The assessment carried out by the Board of National Crisis of the UNGRD indicated that 92 municipalities have been affected by rains in recent days, where the most frequent events are windstorms, floods and landslides, among others, totaling 120 events in the national territory, mainly affecting the departments of Cordoba, Bolivar, Caldas and Norte de Santander.

More than 300 people, including members of the Fire Department, Civil Defense, Red Cross, National Police and Navy of Colombia are carrying out humanitarian work in Cauca as a response to the floods. These operating entities work under the municipal offices of UNGRD, which coordinates the legal framework of actions and the technical Emergency Response Plan and Specific Recovery Plan.