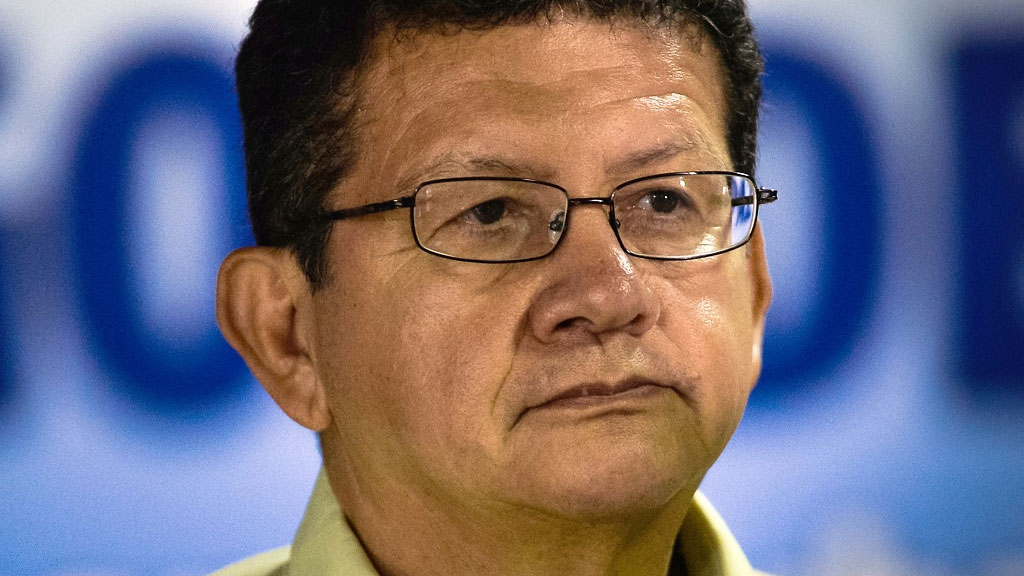 The killing of eleven members of Colombia’s military early Wednesday morning was a response to an army “siege,” rebel group FARC said Thursday.

In a meeting with the press, negotiator “Pablo Catatumbo” reiterated the rebel group’s remorse over the deaths of the soldiers killed while camping for the night on the border of a village in the middle of FARC territory.

The apparent attack on the soldiers was a flagrant breach of the guerrillas’ own ceasefire — called in December — and generated a massive rejection in the public opinion, in media and in politics.

Catatumbo went on to denounce accusations made by the Prosecutor General that the FARC violated international humanitarian law as the soldiers were resting during a unilateral ceasefire, possibly not expecting a surprise attack.

Being the commander of the FARC’s Western Joint Command and militarily responsible for the attack, Catatumbo suggested that the encounter was a legal confrontation between two combatants in accordance with international law.

According to the rebel leader, the fighting was “the product of a siege of the security forces.”

“Under the circumstances, by the government not signing the bilateral ceasefire, the only party responsible for the victims that are being generated by the persistence of war is the State.” the rebel leader said.

Despite these aggressive words and violent action of his troops, the FARC negotiator called for a period of reflection and not warmongering decisions.

The FARC attack forced the immediate resumption of air strikes against the guerrillas who have maintained a unilateral ceasefire since December 20 last year.

According to conflict analyst Ariel Avila, the attack in Cauca is not the first breach of the ceasefire, but the seventh. However, the analyst said that the FARC have “95%” complied with their ceasefire.

The group has been at war with the state since 1964 but has been engaged in formal peace talks since November 2012.

The FARC’s ceasefire and the subsequent decision of President Juan Manuel Santos to suspend air strikes against rebel targets were part of a mutual attempt to de-escalate the violence while negotiators in Cuba barter a peace deal.

The two negotiating teams have so far agreed on the FARC’s future political participation, rural reform and the rebels’ abandoning of drug trafficking. The teams are currently debating victim reparation, transitional justice and the final end to conflict.