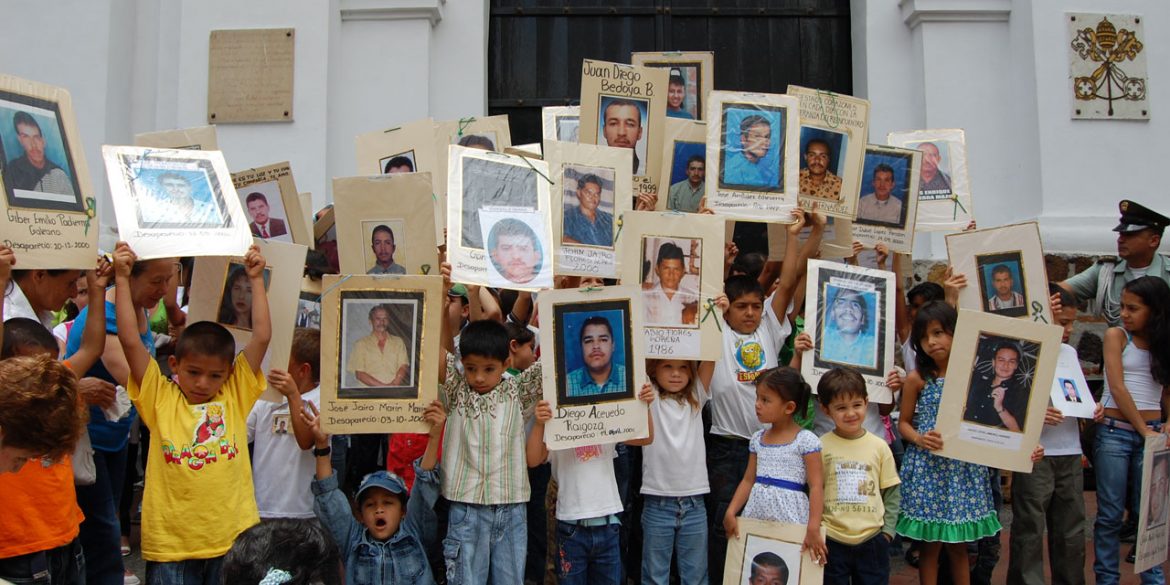 Children in Medellin hold up images of family members who were disappeared during Colombia's armed conflict (Image: Caminos de Esperanza)
War and peace

Former FARC guerrillas gave International Committee of the Red Cross (ICRC) new information on the location of 182 missing bodies, victims of the armed conflict, according to a report by El Espectador.

Those victims — civilians, ex-combatants and members of the public force — are among 82,998 Colombians who were forcibly disappeared between 1958 and 2017, and are presumed dead.

The revelation by the FARC includes detailed information about the locations of those bodies, a product of work by a team assembled by the former guerrillas, according to the report.

Many of the bodies of the disappeared are assumed to be buried in clandestine graves, incinerated in ovens or thrown into rivers, according to one government study.

The new information comes weeks after the Red Cross put pressure on the Colombian government to prioritize the search for information the those thousands of people.

There have been long delays in obtaining more information about the victims because, according to the special prosecutor in charge of heading off the search, it “does not appear on the political agenda.”

Red Cross bashes Colombia for still not searching for its 80,000 missing persons

Those chronic delays were met with anger from Red Cross officials who said the lack of action by the Colombian government adds “even more pain” to the families.

“Not just administrative procedures, but also political will is lacking,” said ICRC Colombia director Christoph Harnisch. “What families need are answers and, so far, they don’t have them.”

Weeks earlier it was revealed that the FARC gave information on 33 other disappeared bodies, but tens of thousands still remain missing.