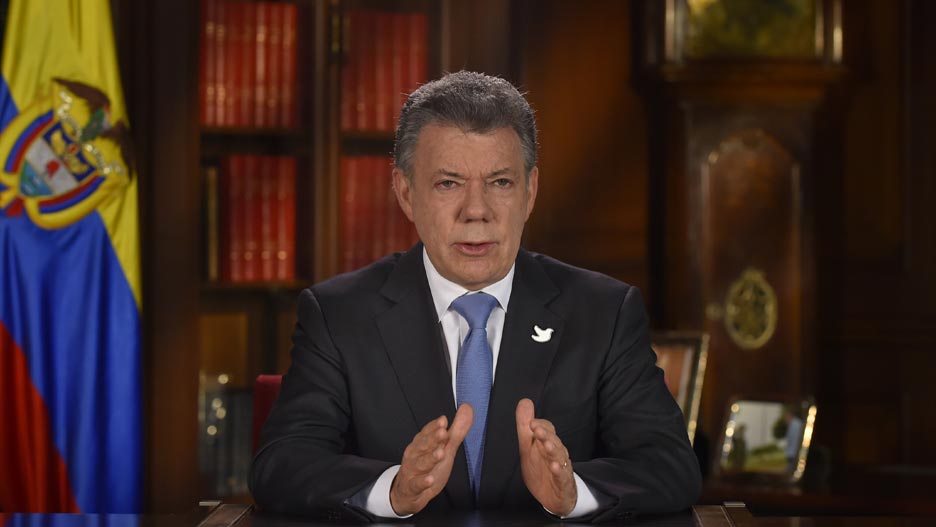 Colombians are sure to approve a peace deal with Marxist FARC rebels in a referendum next month because they see the enormous economic opportunity and know renewed war would be a “catastrophe,” President Juan Manuel Santos told Reuters.

Santos has spent about six years trying to make the Revolutionary Armed Forces of Colombia (FARC) hand in weapons and end a half-century conflict that has killed more than 220,000 people and limited economic growth.

The final obstacle is a single-question vote on Oct. 2 dividing Colombians between those who believe in forgiving the FARC for the national good and those who prefer to see the rebels defeated on the battlefield and jailed.

“I’m sure ‘Yes’ will win,” Santos, 65, said in an interview on Monday, days after reaching a final the peace deal.

“If ‘No’ wins, we will return to what we had at the beginning of this government, six years ago. We return to armed conflict. That would be a catastrophe for the country.”

While most polls see voters approving the peace deal, the 297-page accord allows FARC leaders to serve alternative punishments – like clearing land mines – and gives some of them congressional seats without election. Neither is popular.

“I hope the nation understands the great opportunity we have…if we harness that potential positively no one can stop us,” Santos said at the presidential palace.

Apart from the loss of life he hopes to end, he heralded an era of investment that could come from peace.

The economy will benefit most in tourism, infrastructure and agriculture if the rebels leave their battle stations and allow progress in neglected rural Colombia.

“We don’t have more than five million visitors a year. Any respected country in terms of tourism could have 10, 15 or 20 million, it’s enormous potential,” said Santos, wearing a white shirt emblazoned with a ‘Yes’ logo.

While the government says peace could bring up to two percentage points of growth annually, economists are more skeptical. Some see about 0.3 percentage point a year added to GDP as many of the benefits have already been absorbed during more than a decade of security gains.

Santos, a former journalist and economist, declined to provide an estimate of the cost of implementing the peace pact, but said there would not be excessive spending.

“One thing I have protected and will continue to protect is market confidence in the Colombian economy and I am not going to destroy that by being irresponsible,” said Santos, who once served as finance minister.