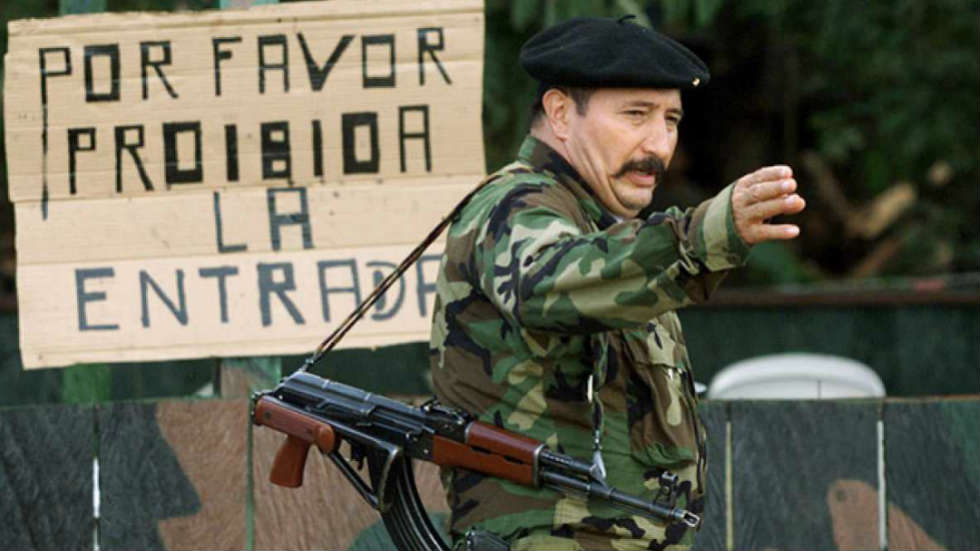 The former guerrilla group’s new political party, the “Alternative Revolutionary Force of the People,” published an advertisement on social media inviting citizens to attend the “homage to the defender of humble people,” ex-commander “Mono Jojoy,” a.k.a. “Jorge Briceño,” whose real name is Victor Julio Suarez.

Jojoy was second in command to the FARC when Colombia’s armed forces killed him in a military operation on September 22, 2010 near La Macarena, Meta.

After joining the FARC in 1975, Jojoy quickly rose in the ranks to become chief commander of the guerrilla’s Eastern Bloc, its largest military unit.

As a commander, the iconic guerrilla coordinated a tactical strategy focused on kidnapping and terror attacks.

Beyond the ranks of the FARC, he is widely remembered as the mastermind behind guerrilla “concentration camps,” where the rebels held hundreds of kidnapped civilians, and members of the Armed Forces and Police.

The FARC’s invitation to pay respects to Jojoy invited a swift public backlash.

Retired General Luis Mendieta, who was captured and held by the FARC for 12 years and is now running for president, called the event “an offense to the victims” of the armed conflict.

“The FARC have not contributed to truth, justice and reparation,” he said.

This will only be another offense to all of those the FARC victimized.

The former guerrillas signed a peace deal in December and are expected to appear before a Truth Commission and Transitional Justice Tribunal starting later this year.

On social media, thousands of users tweeted surprise and indignation over the proposed homage.

One user tweeted, “‘Mono Jojoy’ was the most radical violent and bloody rebel of that guerilla organization. Viva #Operacionsodoma,” referring to the military operation that killed the guerrilla leader.

Another user claimed, “The homage to ‘Mono Jojoy’ proves that the FARC have never repented for their crimes.”

Marta Lucia Ramirez, a former defense minister and also running for president, tweeted her own criticism of the proposed event.

FARC are trying to pay homage in Bogota to ‘Mono Jojoy. The same one who lead concentration camps with hundreds of soldiers and kidnapped civilians.

In response to the backlash, the new FARC political party took to social media to defend its event.

It is precisely with these kinds of polemic acts that we can also tell our side of Colombia’s history.

The guerrilla side of history

“Recounting the life of “Mono Jojoy,” the former guerrillas claimed, would necessarily mean speaking of the “hundreds of thousands of campesinos who were forced to join the war because paramilitaries were trying to steal their land.”

“Peace is also an exercise of memory,” the group stated. “Especially if that memory deals with someone who gave everything he had to the most humble of Colombians.”

The controversial homage to the late guerrilla leader is planned to take place at 11AM on Friday September 22 in Apogeo cemetery in southern Bogota.