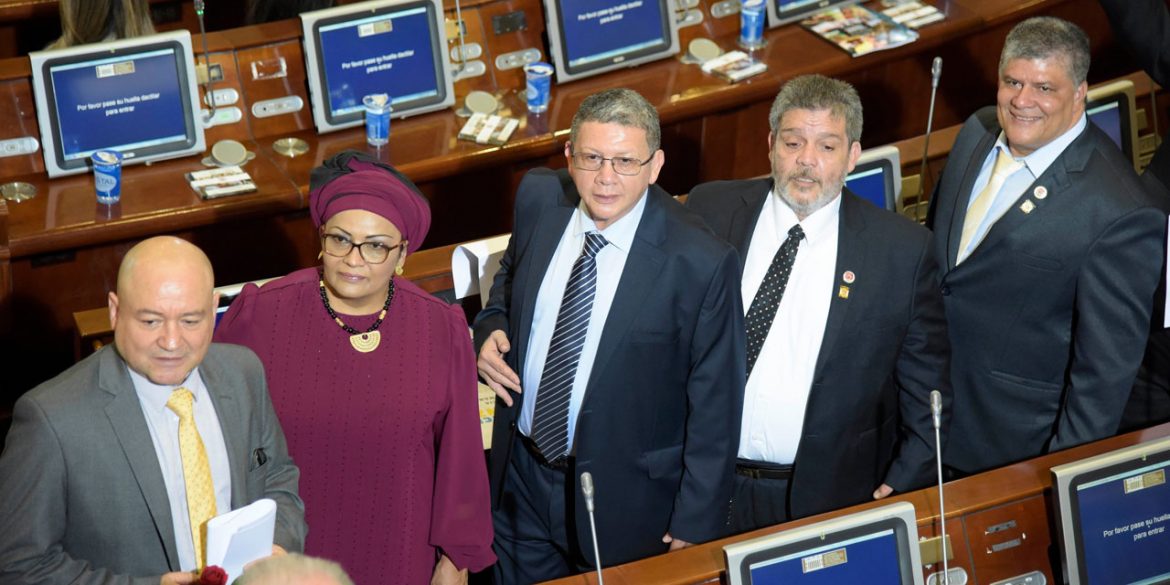 FARC and Uribe meet in Colombia’s Congress: here’s how that went

In another historic day in Colombia’s long and complex history, Wednesday’s session in Congress witnessed the first meeting between former President Alvaro Uribe and the FARC.

For the first time ever, Uribe was confronted with former guerrillas’ presence in Congress, years after he led the military with every intention to eradicate the group.

Although the hard-right Uribe avoided a direct confrontation with the FARC — who he claims killed his father — one of his fellow senators of his hard-right Democratic Center (CD) party did enter the debate with a former FARC commander.

“We will help farmers and peasants to resist… and bring attention to the responsibility of the political sectors that historically exercised violence through the power of the State” said Losada.

“Resistance cannot be the killing of innocents… resistance is not bombing people in churches,” Velasco responded fiercely, highlighting the FARC’s own atrocities during the conflict.

The CD, which is leading the congress coalition of President Ivan Duque, themselves involved in exchanges with a leftist opposition that has not just been enriched by the former guerrillas, but led by Gustavo Petro, who opposed Uribe’s protege and President Ivan Duque in elections in June.

Nevertheless, the first confrontation with his bitter rivals was relatively cordial and did not descend into mutual mud-slinging which had become custom during the election campaign earlier this year.