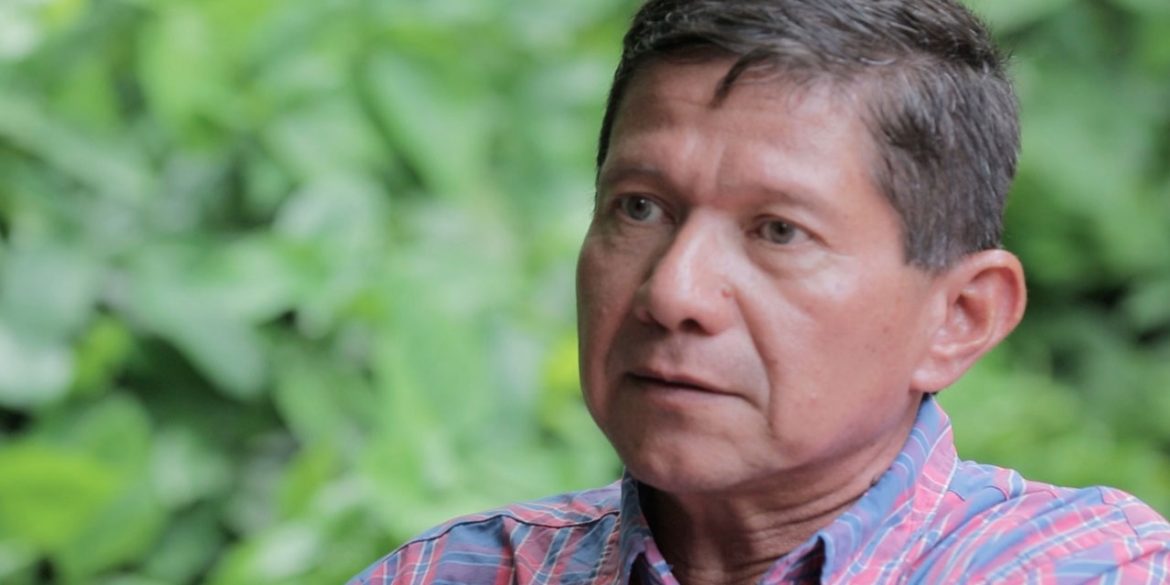 “Fabian Ramirez” is a former commander of demobilized guerrilla group FARC and a former negotiator in peace talks that led to the groups demobilization in 2017.

The rebel commander was born Jose Benito Cabrera in the town of El Paujil, Caqueta on July 6, 1963.  He has been a member of the FARC for over two decades, acting as a commander since at least the mid 1990s.

The Caqueta native reportedly led several assaults on the Colombian military in 1998, one of which claimed the lives of 63 Colombian soldiers and saw an additional 43 taken prisoner by the FARC in his home state.

Between 1999-2002 Ramirez, and his superior, “Joaquin Gomez”, participated in peace talks between the FARC and the Colombian government overseen by the then Colombian President, Andres Pastrana.

Ramirez reportedly led the 14th Front of the Southern Bloc until 2004 when he was made second in command of the entire Southern Bloc.

After the Southern Bloc’s chief commander “Joaquin Gomez,” Ramirez is the military chief of more than a thousand guerrillas operating in the southern regions of Colombia where the FARC exercises most control over the cultivation of coca, the processing to cocaine, and the sale to drug trafficking groups like ERPAC, Urabeños and Rastrojos.

According to the United States, Ramirez is responsible for “all aspects of the drug trade for the Southern Bloc” and helped implement policies regulating drug trafficking, production and taxing for the entire FARC.

The United States has accused him of manufacturing and distributing at least 1000 tons of cocaine.  He is also alleged to have killed at least 50 people for breaking the FARC’s drug policies.  The United States is currently offering a $2.5 million reward for information leading to his capture.

In November 2010, Ramirez was alleged to have been killed by a government airstrike on his camp. This proved untrue in 2012 when he did an interview with British journalist Karl Penhaul.  In the interview he said that FARC intelligence was able to warn him in time to escape the impending air strike.

The rebel commander went on to say in the interview that he supported ending the war between the FARC and the government but that he levied much of the blame on state actors in the government and military who had “economic interests” in continuing the conflict.  He added that to find a peace an agreement had to be brokered that satisfied both sides.  “To end the war we must end all the causes that lead to it.”  He went on to say that FARC kidnappings for financial gain would stop but Colombian soldiers would continue to be taken prisoner within the boundaries of international war conventions.

Ramirez arrived in Havana, Cuba in February 2014 to take part in the talks with the government and treating drug trafficking at that moment.

The Southern Bloc of the FARC is second only to the FARC’s Eastern Bloc in terms of fighting strength.  It is comprised of ten fronts and three mobile columns incorporating up to 1800 fighters.  It is one of the most disciplined blocs and most politically dedicated.  Therefore, the Southern Bloc was reportedly unlikely to accept an agreement that does not fully satisfy its peace terms. This also means that despite being heavily integrated in drug manufacture and trafficking the group is unlikely to splinter from the FARC and join non-political criminal traffickers.

Despite these reservations, following the ratification of the peace deal between the FARC and the Colombian government on November 30, 2016, Ramirez and the rest of the FARC guerrillas demobilized and disarmed.

Ramirez went underground in 2018 amid widespread complaints the government was not complying with the peace deal. He has ratified his commitment to the peace process, but has claimed to be in hiding because of security concerns.