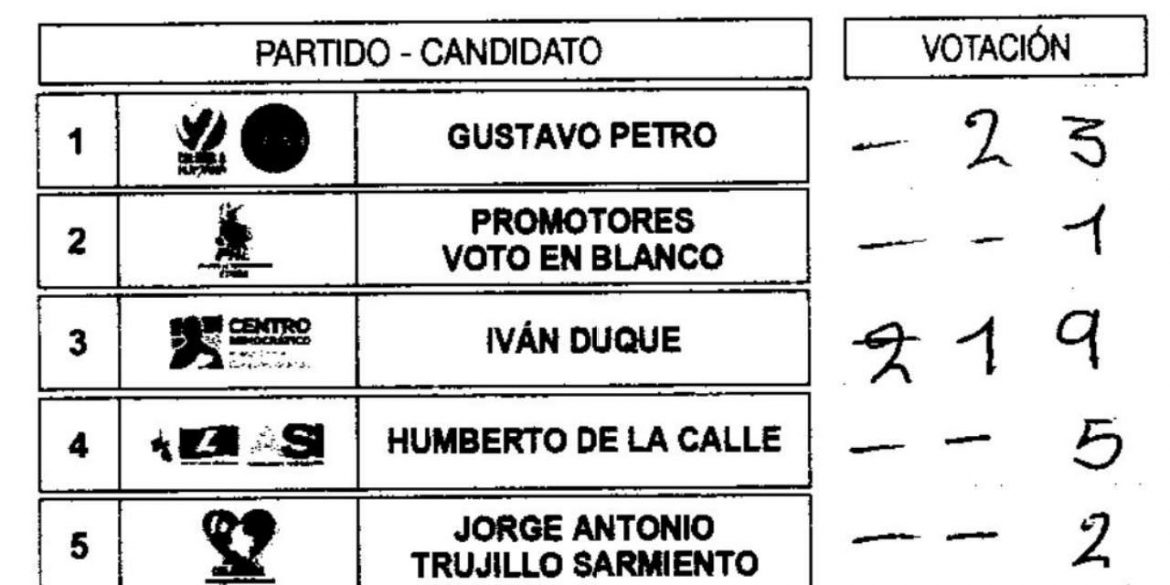 Voter form in which votes for candidate Ivan Duque were apparently changed from 19 to 219.
Elections

The fraud accusations originated from anti-corruption candidate Gustavo Petro and his supporters, who alleged that voting result charts were doctored to favor front-running rival Ivan Duque.

The claims were neither confirmed nor denied by independent electoral observers. The European Union, who sent a small envoy of observers to monitor the vote, told Colombia Reports it refused to speculate.

Ahead of the elections, Petro had warned of alleged attempts for voting to be rigged in favor of German Vargas, who ended fourth.

Petro and his “petristas” found many dozens of public voting forms — where electoral juries mark down how many votes each candidate received — indicating that voter numbers had been altered to favor Duque.

According to think tank Fundacion Paz y Reconciliacion (Pares), the irregularities seem similar to alleged fraud used in the legislative elections in March that influenced “between 10% and 20%” of the outcome.

Both the leftist candidate and Pares invited concerned citizens to revise voting forms on the National Registry website to call out “possible fraud or alterations” to the final count. 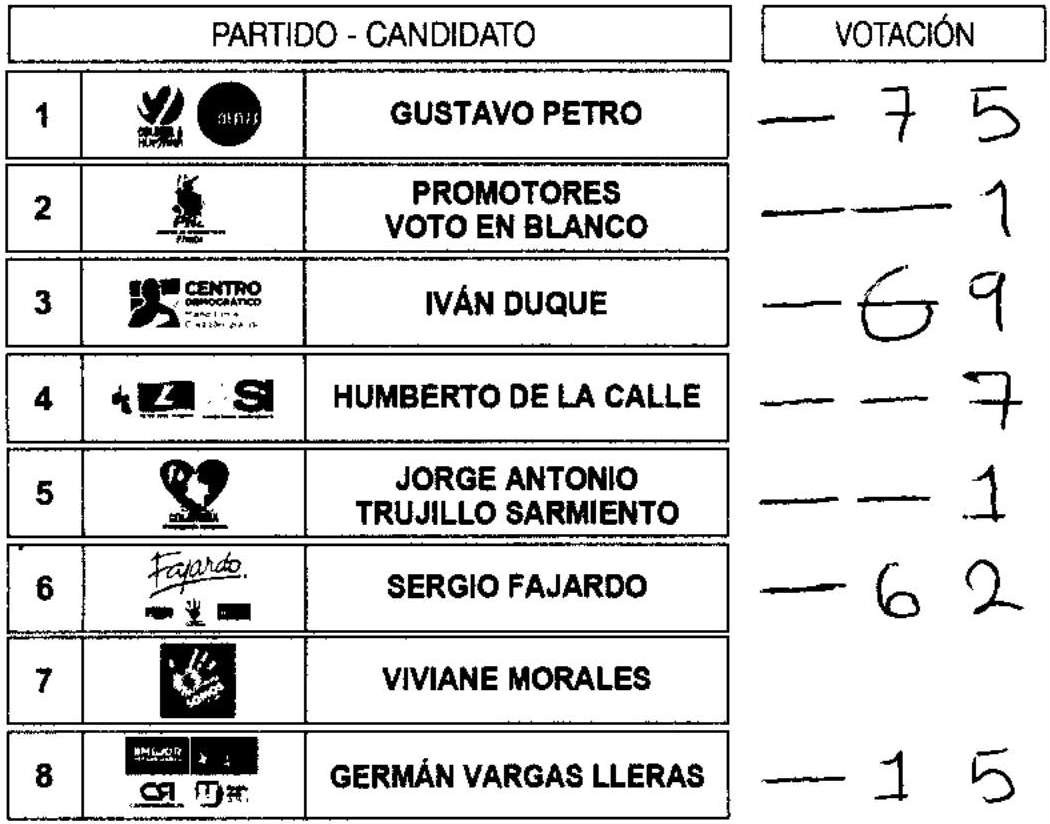 This form allegedly shows Duque’s votes were changed from nine to 69. 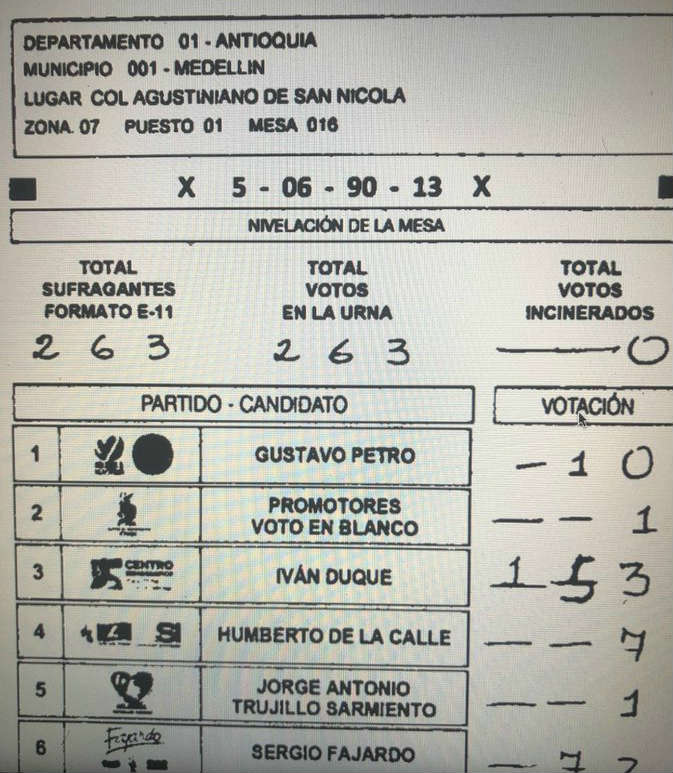 On this voter form, votes for Duque allegedly went from three to 153.

This website found that some of the claims made by Petro supporters were proven false after verification. However, it appears evident that electoral jurors changed registered results.

Despite the pressing accusations, the National Registry said in a press release that the apparent fraud was boiled down to “errors.”

The office, however, lost most of its credibility after the State Council ruled earlier this year that the 2014 legislative elections were rigged. The electoral authorities failure to verify fraud claims for years.

Senator Armando Benedetti, who confirmed the alleged fraud in March, launched a scathing attack on Registrar Juan Carlos Galindo and asked for his resignation.

“Mr. Registrar @jcgalindovacha, the outpouring of complaints along with the grave matter of the mafia altering public documents to cheat in the elections means you are responsible! Do not downplay the complaints, social networks are flooded with proof,” Benedetti tweeted on Wednesday.

Pares said it would launch its own investigation.

Galindo has continued to sweep corruption claims under the political rug, despite the evidence from independent investigations and court rulings in previous elections.

The registrar has remained steadfast that “there are no irregularities,” backed by outgoing President Juan Manuel Santos, who despite the new claims, told the European Parliament on Wednesday that the elections were Colombia’s “most transparent” of all time.

The alterations raise suspicion of widespread fraud, but only electoral judges or a recount can verify whether the law has been broken.

Alejandra Barrios, the director of the Electoral Observation Mission, said that independent electoral observers are left “in darkness” until the registrar agrees to release the voter forms. “We can’t go on like this,” Barrios said on Twitter.