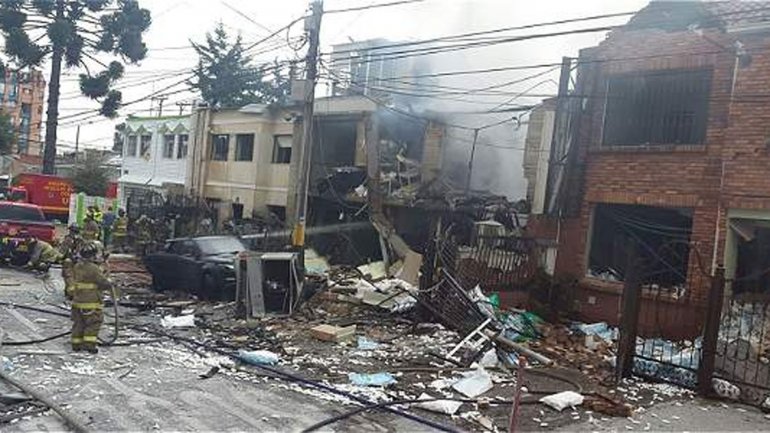 A major explosion in a makeshift chemical factory in Bogota left 27 injured and 37 homes damaged on Monday.

One woman is reportedly in a critical state at the Mederi clinic after the residential neighborhood of San Luis de Bogota went in to a state of shock on Monday after the explosion went off at at 11.43AM, according to the Bogota fire brigade.

According to RCN news, the house where the explosion went off was acting as a factory where chemicals were handled. The authorities are investigating whether the owners of the factory had the necessary permits to be carrying out such activities.

“This was caused by a fire in a factory, at no time was this an attack,” said a source from the Bogota police, according to La Jornada newspaper.

Firefighters identified ethylene oxide as one of the causes of the explosion.

Along with the 37 homes that suffered from the blast, firefighters who attended the scene also reported that various vehicles in the area were damaged.

One building was reportedly evacuated after its structural framework was damaged.

Neighbors in the area reported to local media that the explosion was so strong that windows shattered and doors were damaged in the surrounding buildings.

A further 13 of the 27 people injured were taken to various different help centers.

According to the Bogota Ministry of Health the 13 patients are suffering from multiple traumatic injuries, neck trauma, shrapnel in the body and trauma to their hearing.

Forensic investigators are investigating the scene in order to identify the cause of the explosion.