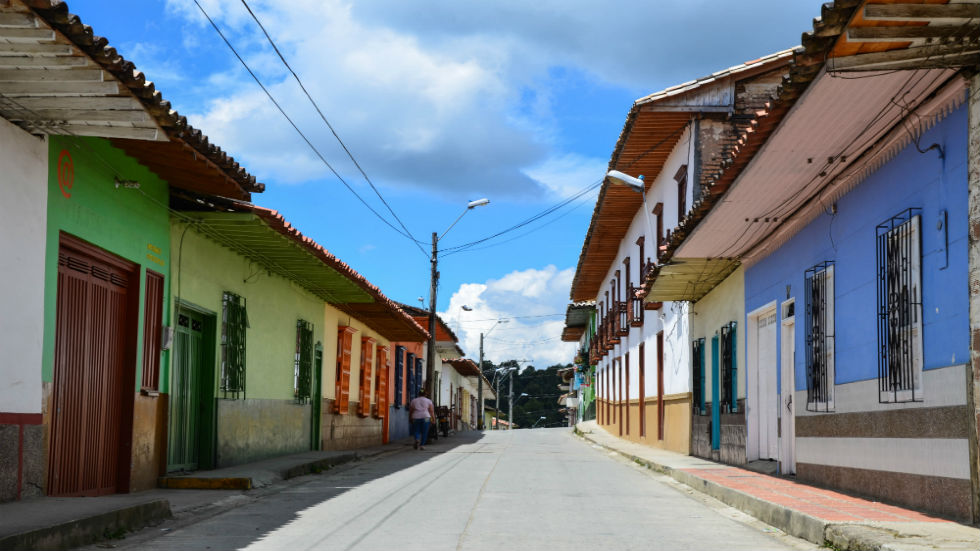 Abejorral is one of the remaining gems of Colombia’s Antioquia province that already boasts plenty of colonial towns for travelers and Colombians alike to explore.

With Jardin and Santa Fe de Antioquia consistently drawing large crowds, Abejorral provides you with just as unique an experience while staying firmly off the tourist trail.

Colonized by the Spanish on January 15th of 1811, Abejorral was ultimately declared a site of national patrimony for architecture in 2002. 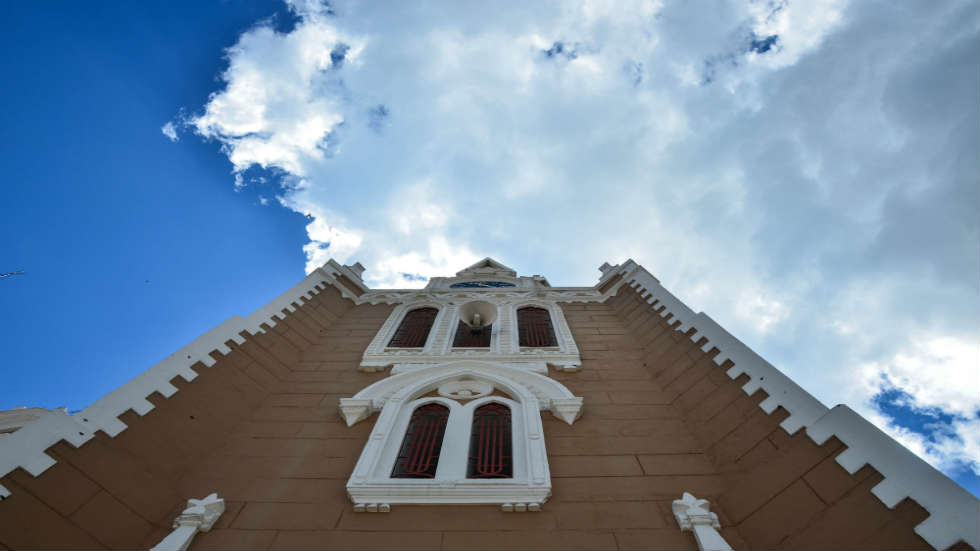 Characterized by colorful houses, charming balconies and intricate woodwork, you can spend a whole day wandering the streets. Locals travel just as readily on horseback as they do in cars, and the sounds of vallenato and cumbia music all adds to the feeling of being somewhat transported back to a time gone by. 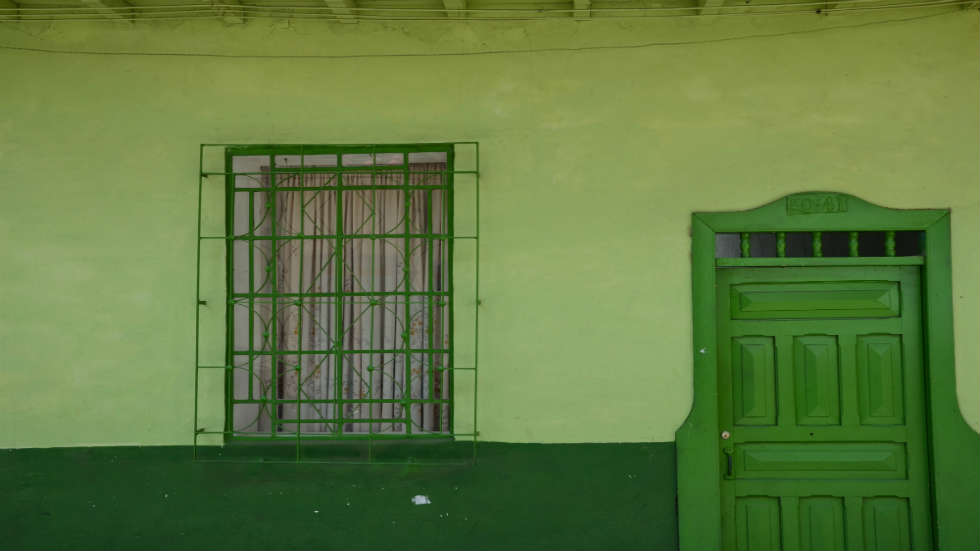 Home owners must ask permission from the town council if they wish to change the design of their home (Image: Richard Kelleher) 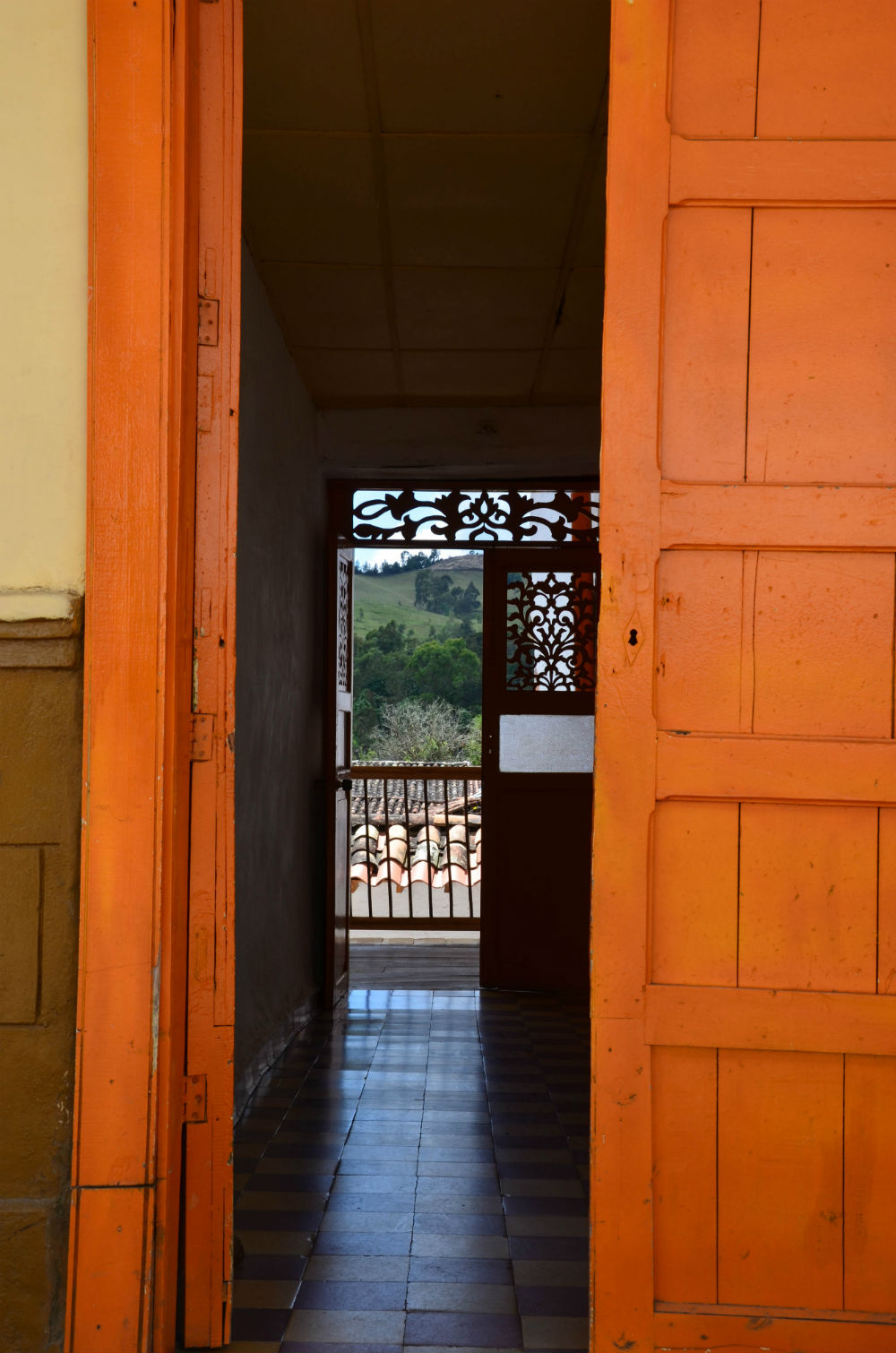 The majority of the architectural woodwork is done by hand (Image: Richard Kelleher)

With just over 19,000 inhabits, Abejorral relies heavily on farming as well as flower and coffee cultivation for its main sources of income.

Every Saturday the town’s farmers congregate in the main square to spend their hard earned money. If not playing snooker of catching up with friends, they can be found enjoying a drink in one of the many bars from as early as 10am. 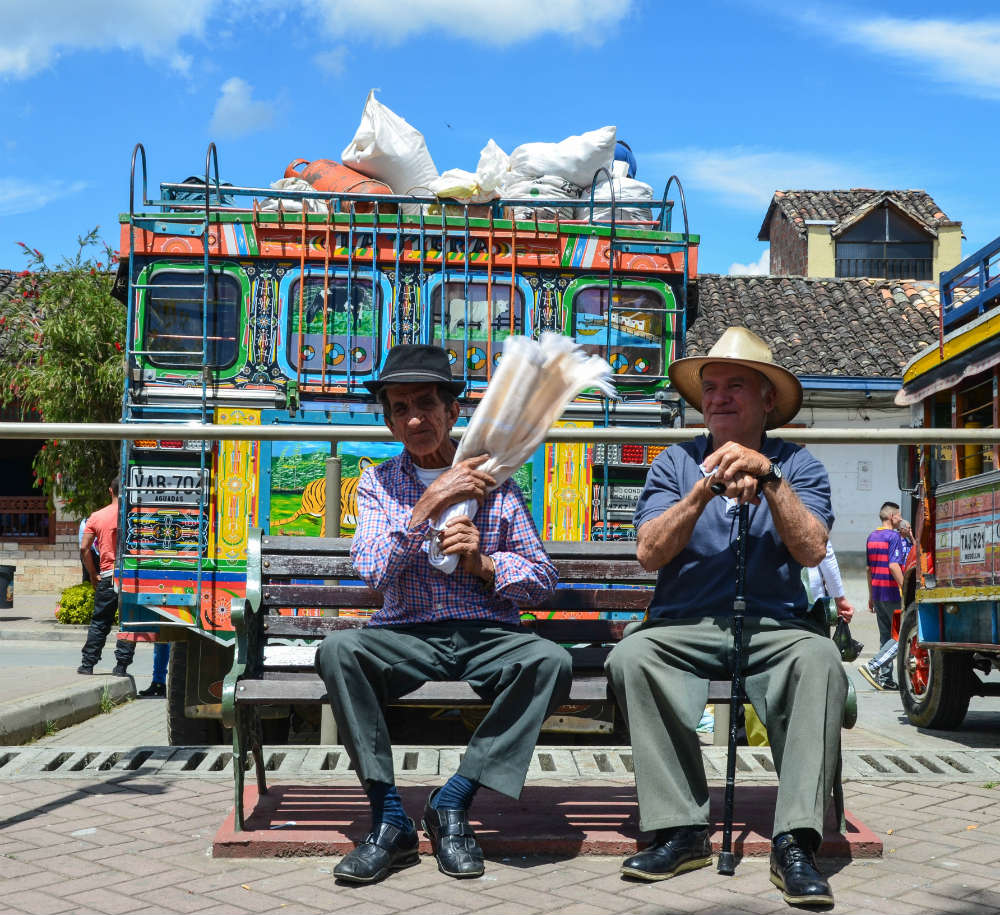 The local square (and central bus station) is perfect for old friends to catch up (Image: Richard Kelleher) 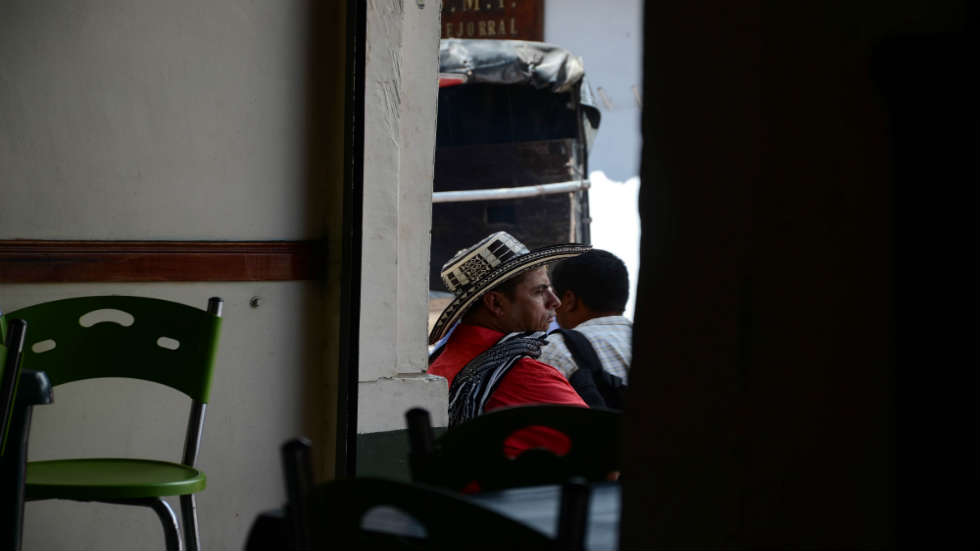 At the bottom of the square you will find a line of traditional Colombian buses, or “chivas”, waiting to take locals to nearby towns such as Sonsón or La Ceja. 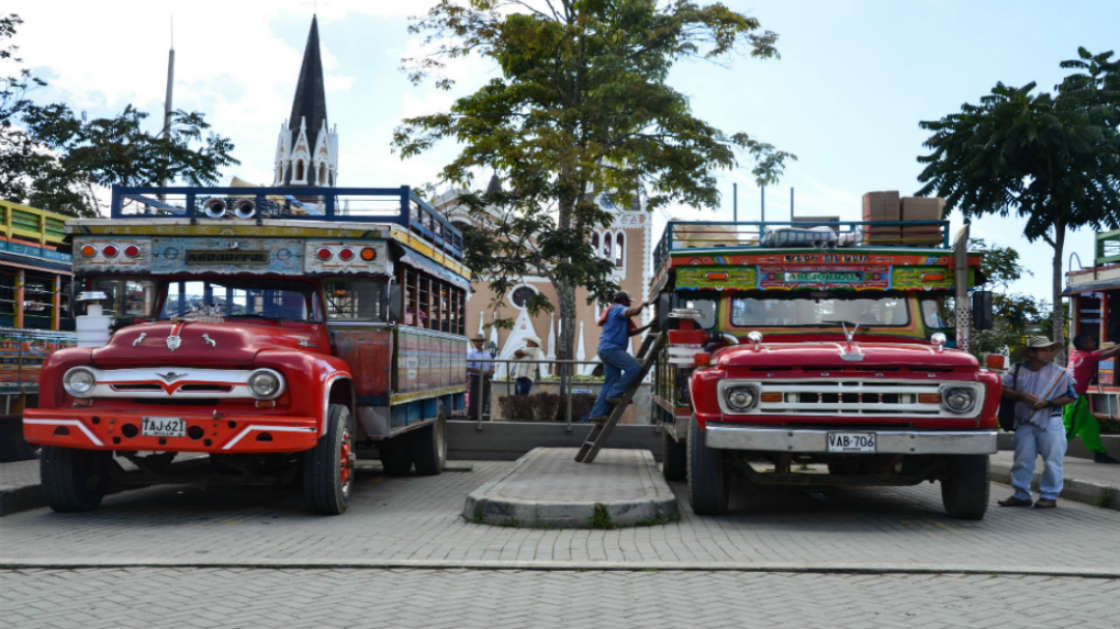 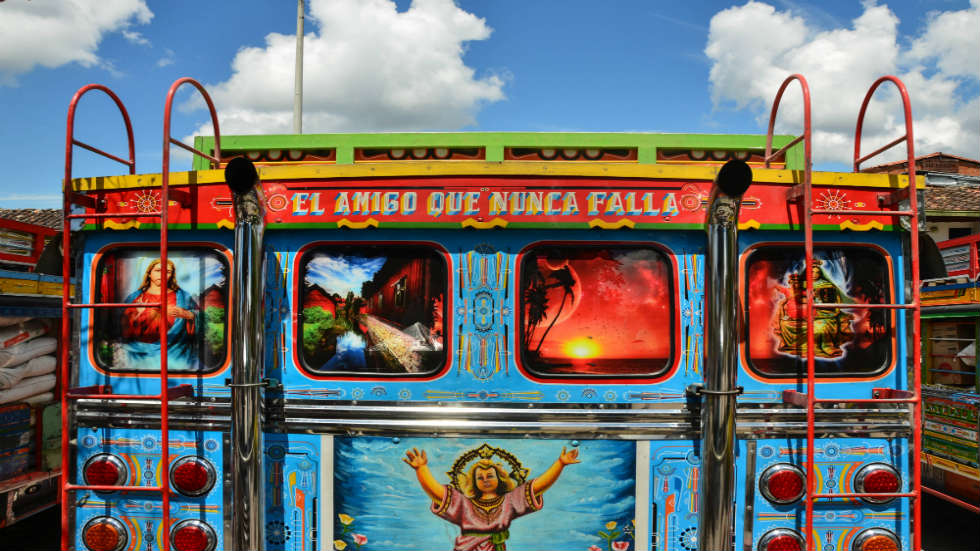 Chivas carry around 40 people inside, and many more on the roof (Image: Richard Kelleher)

For those looking to take some exercise, you can walk just over an hour to a small waterfall named “Los Chorritos”, where you can swim and have lunch in the restaurant. 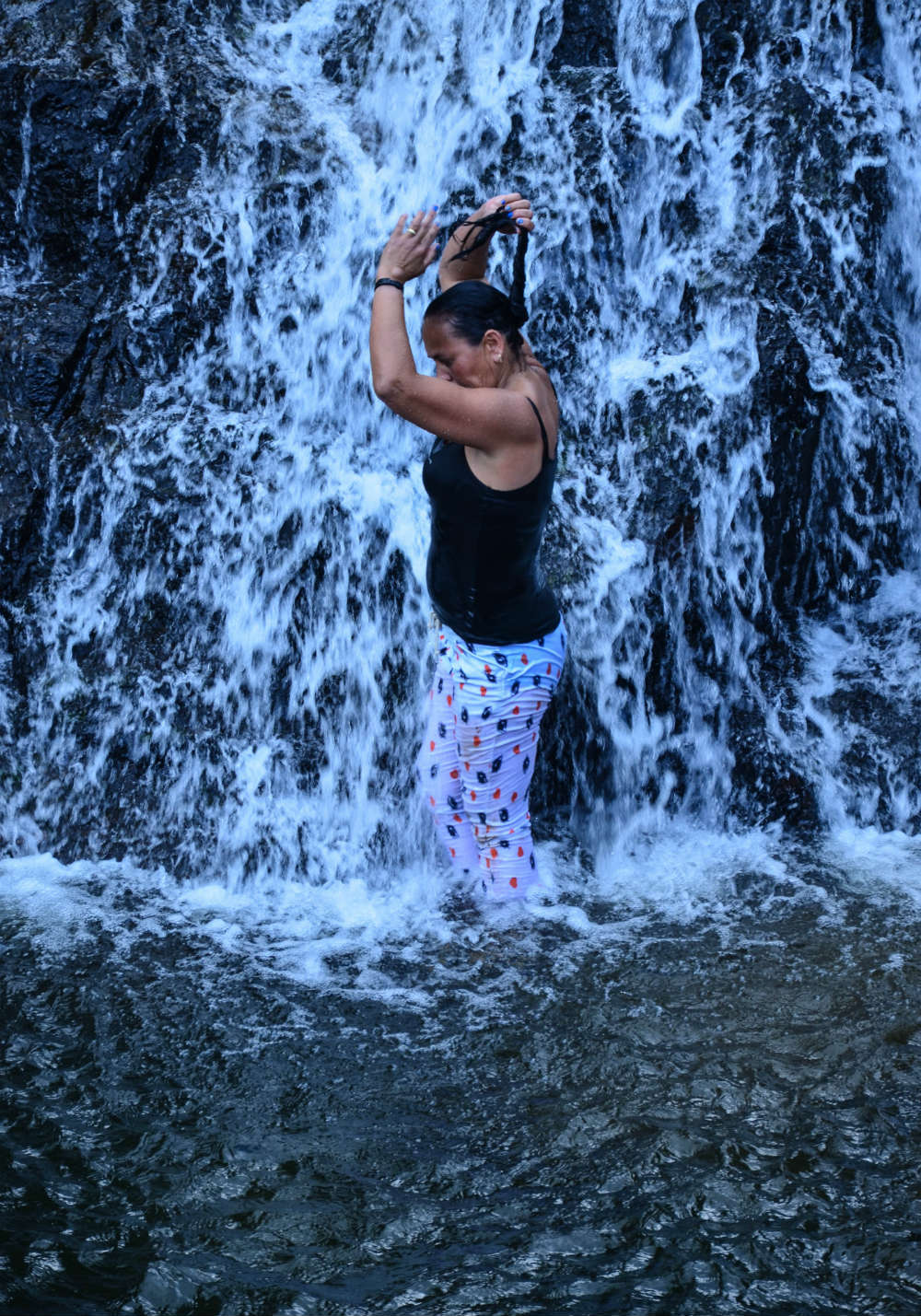 Many locals come to “Los Chorritos” to enjoy the nature and spend time with their families (Image: Richard Kelleher)

According to Abejorral’s tourism officer Angela Montoya Maldonado, parts of Abejorral are also influenced by French settlers, including the town cemetery, which imitates the design of French parks.

She admitted to Colombia Reports that the upkeep of the town’s traditional architecture can be trying at times, especially as some inhabitants “expect a more modern municipality.”

However, she believes that the significance of the town’s architecture cannot be overstated: “We’re trying to educate townspeople on why it is so vital to conserve the beauty of the town, especially given the importance of Abejorral’s history for the country.” 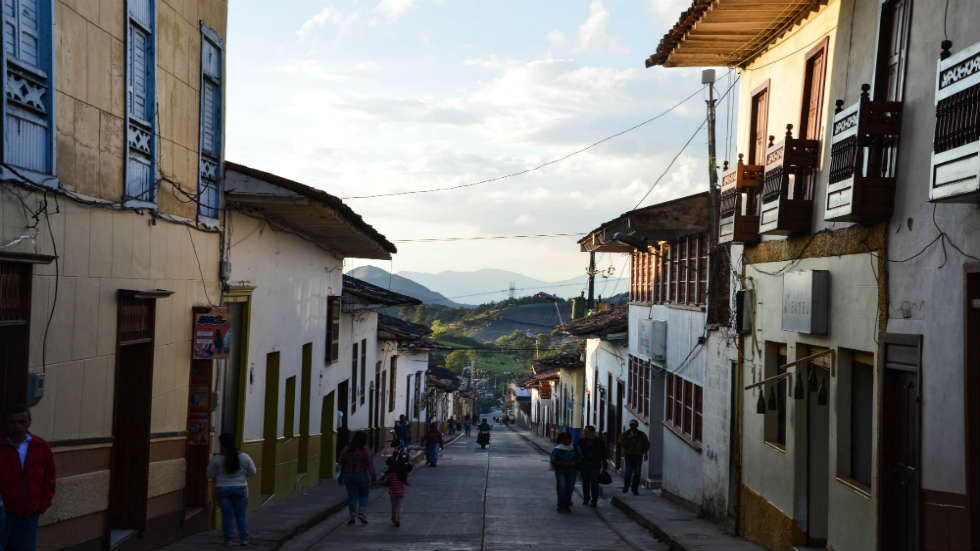 The town is surrounded by mountains that offer scenic walks (Image: Richard Kelleher)