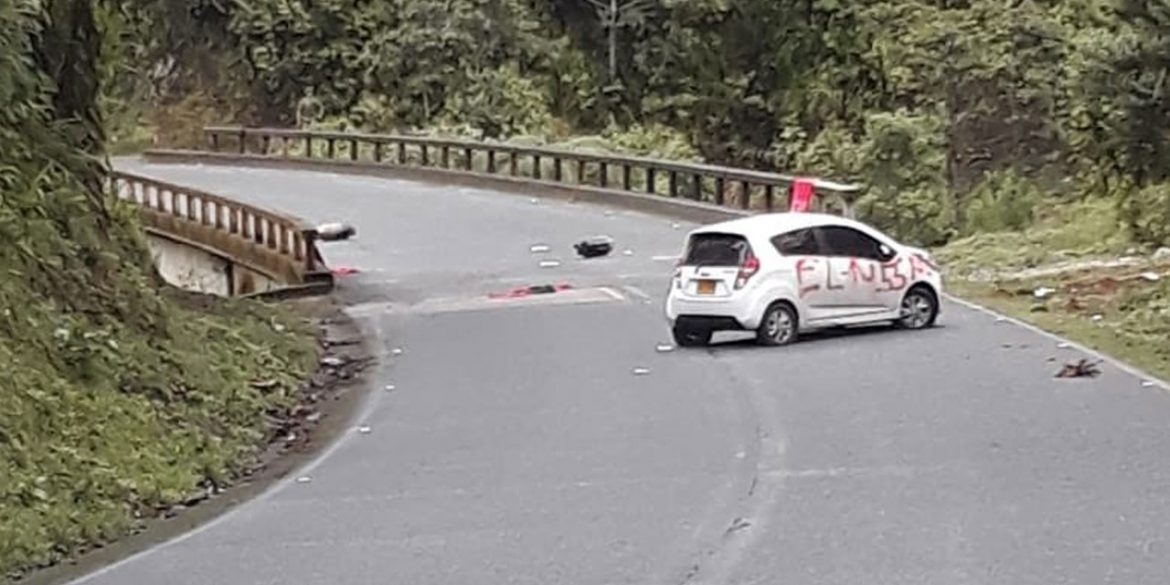 One of the abandoned cars that effectively shut down Nariño. (Image: Twitter)
War and peace

Colombia’s ELN rebels cut off southwest Colombia from the rest of the country on Monday to commemorate the group’s 55th anniversary.

The guerrillas ordered locals in the west of the Nariño province to suspend all commercial activity for 72 hours. The so-called “armed strike” particularly affects Tumaco, a Pacific port town that has long been submerged in violence.

The guerrillas blocked the road connecting Tumaco and province capital Pasto on two places by leaving unmanned cars on the road.

Authorities were able to remove the vehicles after explosives experts had verified the car was not filled with explosives. 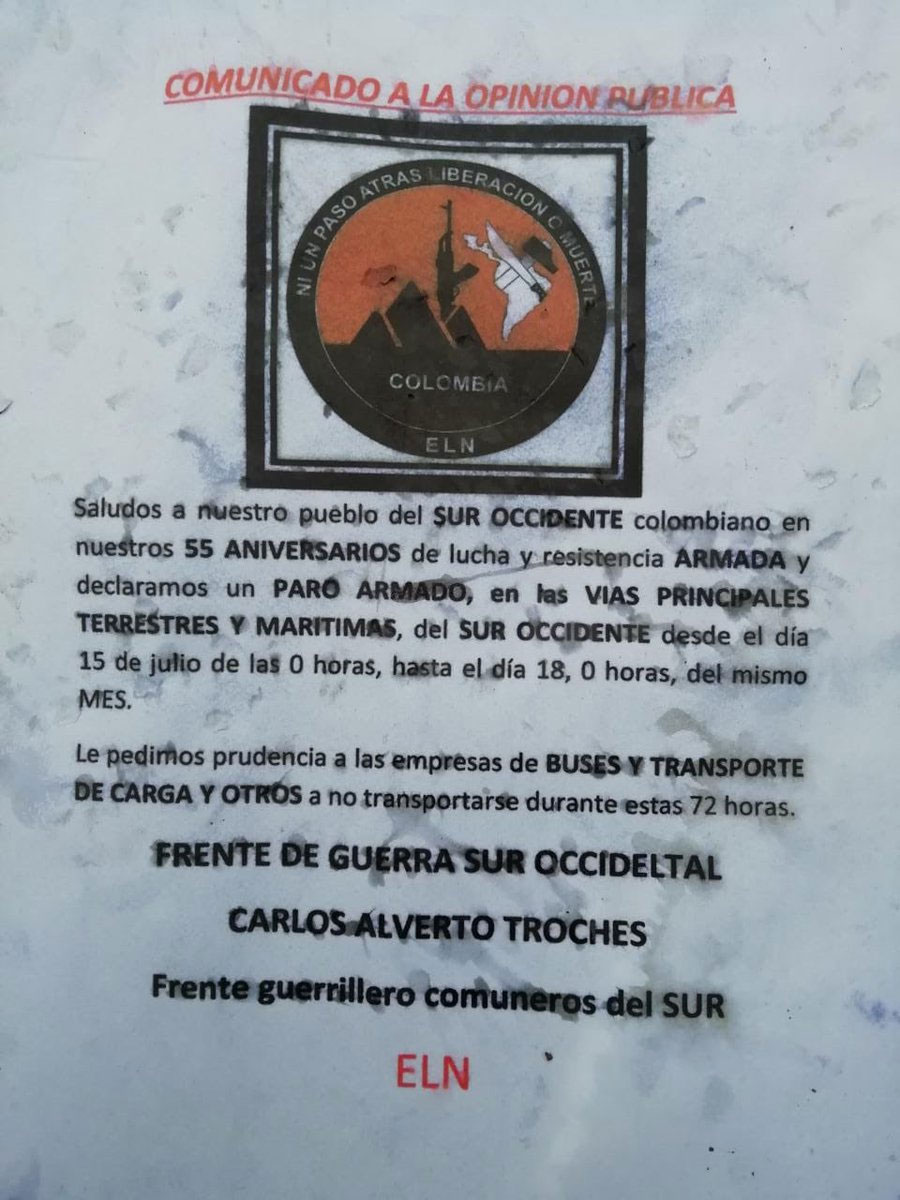 Nariño Government Secretary Mario Vitery, who is responsible for public security in Nariño, confirmed that the guerrillas also erected a checkpoint on the road from Samaniego to the Guachavez in the northeast of the province.

“We are on high alert because of the events that have occurred in recent weeks,” said the official in reference to a deadly attack on a military patrol last week and the killing of a local journalist last month.

The Colombian army’s 23rd Brigade said is was trying to alleviate the situation.

“At this time we have personnel in the area in order to ensure safety,” said Colonel Nestor Duque who announced military escorts for people who want to defy the guerrilla order and travel to Tumaco.

Since the 2017 demobilization of what used to be Colombia’s largest rebel group, the FARC, the ELN has grown in strength, particularly in the north of Colombia.

In Nariño, however, the group is facing armed opposition from dissident FARC factions and paramilitary groups.

Former President Juan Manuel Santos began peace talks with the guerrillas in 2017, but these were abandoned by President Ivan Duque when he took office last year.

Since then, tensions in territories controlled by the ELN has increased.