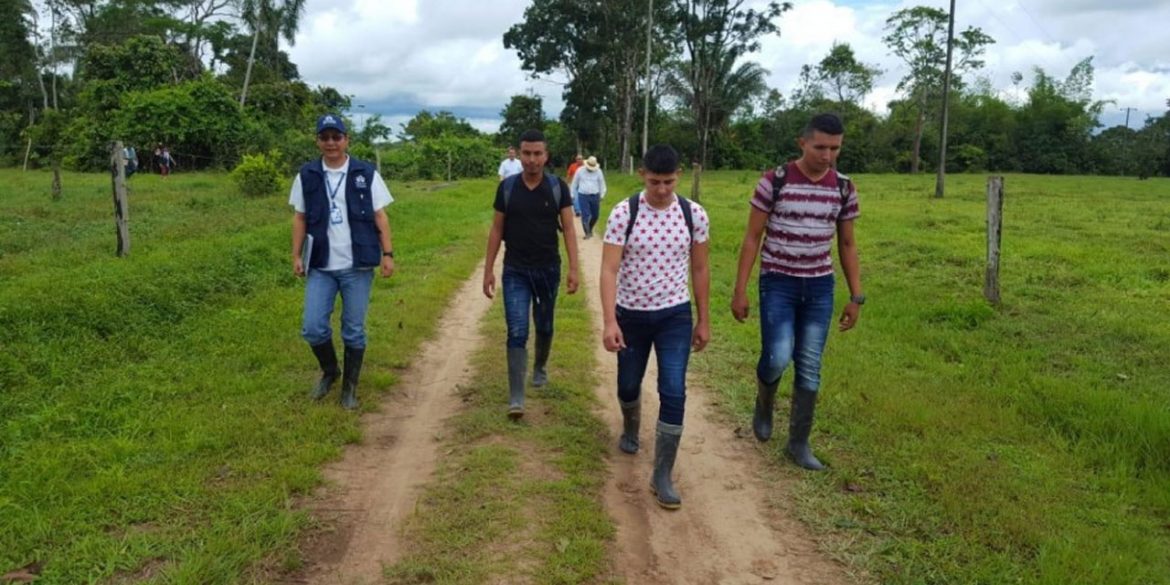 Three of seven members of the security forces who were held captive by Colombia’s last-standing guerrilla group ELN were released Wednesday morning.

The release came two days after the ELN promised to release the seven soldiers and policemen and two civilians without security protocols that are usually agreed with the military.

President Ivan Duque is only days from announcing his decision on whether he wants to continue talks with the ELN, but the guerrillas and the government couldn’t agree on the protocols to release the hostages and captured officials.

The released soldiers had been held in eastern Arauca province, near the border with Venezuela. The four other members of the security forces are believed to be held in the western Choco province.

A delegation from the the Ombudsman’s Office of Colombia and the Episcopal Conference of Colombia, the administrative arm of the Catholic Church, were present to greet the men.

The Ombudsman’s official twitter account published two photographs of the released soldiers confirming that they had been present and the handover had gone peacefully.

This move puts pressure on Colombia’s President Ivan Duque to resume peace talks with the ELN. As recently as last week Duque said that he refused to consider the resumption of talks until the guerrilla group released the hostages.

It also follows a statement last week from Spanish Prime Minister Pedro Sanchez who offered to support and facilitate the peace talks.

Having played tough during the election campaign, Duque is yet to give any clear indication of his intentions regarding the ELN talks but it is likely that his stance is softening.

In his inaugural speech Duque said that he would take a month to talk to the United Nations, foreign countries and the Catholic Church about the possibility of continued talks.

The ELN was founded in 1964 and is considered a terrorist group by the United States and European Union. Over the course of five decades it has engaged in bombings, kidnappings, extortion and attacks on oil pipelines.