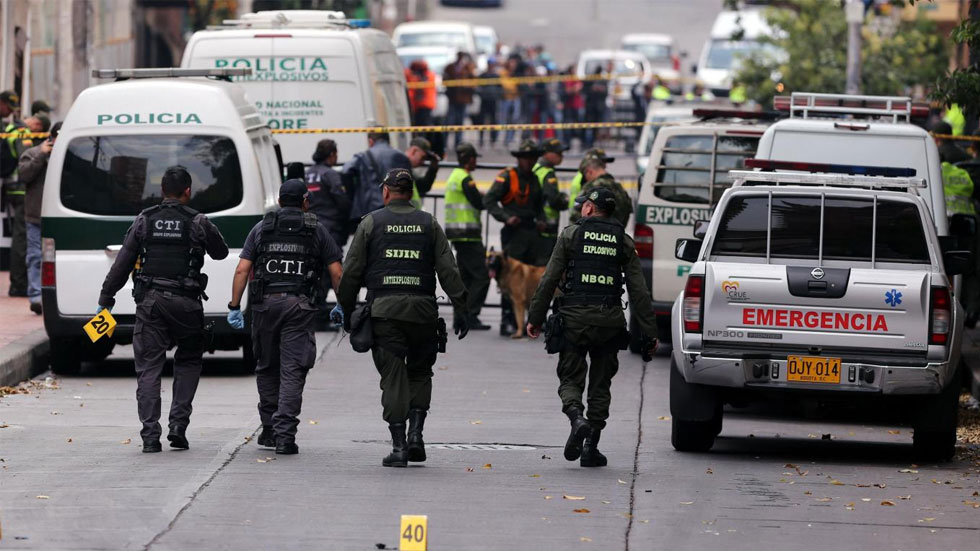 Colombia guerrilla group ELN is the authorities’ primary suspect for Sunday’s attack in Bogota where dozens were injured when a home-made bomb exploded near the city’s bull ring.

The explosion was targeted at the large police security presence for the event after animal rights activists had clashed with police in earlier weeks.

Bogota Police Commander General Hoover Penilla told Caracol shortly after the blast that the explosives attack “had absolutely nothing to do with animal rights activists who were protesting the bullfights.”

Officials later claimed that preliminary findings based on the amount of explosive used suggested that the ELN may have been behind the attack.

The chief of police said that whoever carried out the attack knew that there would be a large number of policemen who were going to provide security at the Plaza de la Santamaria due to the protests.

The ELN is currently engaged in peace talks with the government, but neither side has agreed to a ceasefire for the duration of the talks.

Paramilitary groups like the AUC have also been attacking police, but mostly in rural areas, never in the country’s capital.

According to the authorities, 24 police officers and 2 civilians were injured in the blast. Media initially reported the death of one policeman, but authorities later denied this.