The company’s stock dropped nearly 2.6% in the first hours of trading after announcing its consolidated net profit fell 20.2% in the first quarter of 2013 to $1.86 billion) from a year ago. This was actuallya recovery from the 4.4% drop registered at the opening of the NYSE.

Ecopetrol’s share value fell by 13.56% over the month of April to a year-to-date low of $45.90 per share from a steady high of roughly $60 over the first quarter.

While the oil company’s profits dropped significantly, its daily oil production went up.

According to a Reuters report, Ecopetrol said oil production from the group, which included operations outside Colombia, was 791,000 barrels of oil equivalent per day during the quarter, up 6% from the same period last year. 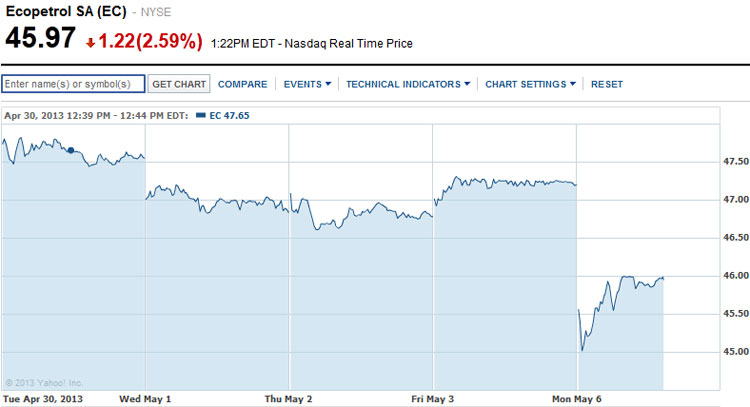