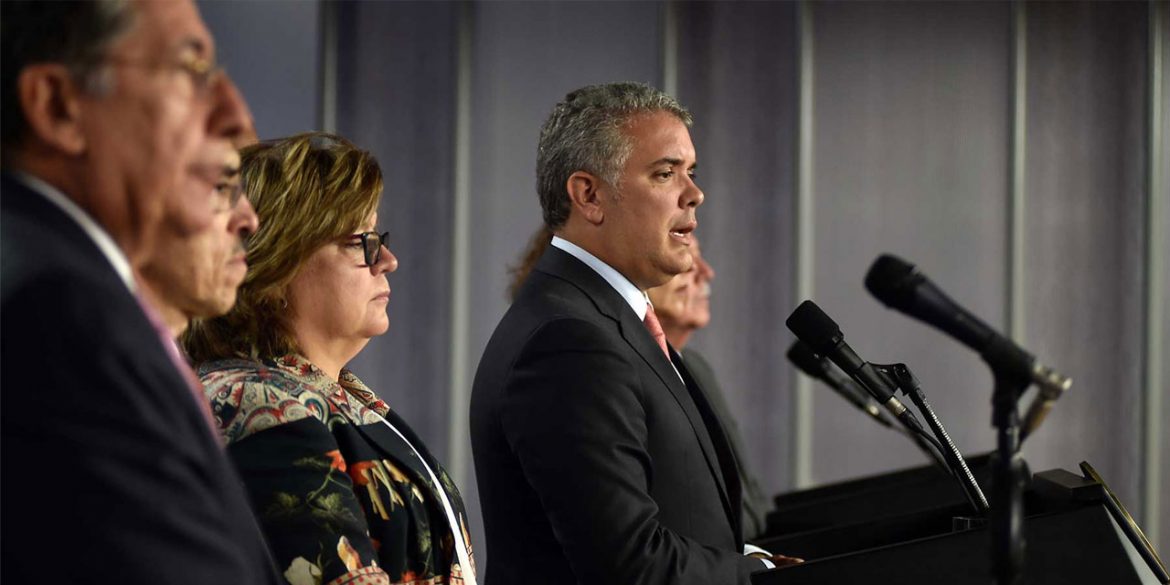 President Ivan Duque has promised that he will appoint special judges to secure the effective prosecution of perpetrators of violence against Colombia’s social leaders, as the murder rate skyrockets in the country.

The specially-appointed group of judges would aim to speed up the prosecution of suspects and hopefully increase the number of convictions against those threatening or assassinating human rights defenders and community leaders.

Duque said the judges would be working in the regions that have been most affected by the mass killings, but failed to specify the locations of the special courts.

This will allow us to rapidly advance trials, and leave clear that there is no impunity for any of these crimes, neither will there be.

Duque blamed illegal armed groups like the ELN, the AGC, the EPL, Caparrapos, the Puntilleros, and FARC dissidents for the killings. He also mentioned that the majority of murders of social leaders were occurring in areas with a high presence of illegal crops and illegal mining.

According to the Ombudsman’s office, more than 460 social leaders have been assassinated over the past three years – since the country has been undergoing a peace process.

During the first quarter of 2019, there were 245 acts of aggression targeting community leaders and human rights defenders, a 66% rise from the same period during 2018, according to NGO Somos Defensores.

Prosecutor General Nestor Humberto Martinez, said that his office had been able to determine 157 suspected killed of the 274 assassinated leaders who have been verified by the United Nations.

At the rate we are currently going, the sentences will arrive very late, and we need to dissuade these criminals and those groups which are affecting our leaders in the territories.

This judicial team will complement a series of existing measures which have so far failed to effectively reduce the violence.

Whether either of these measures will prove effective without addressing the root causes of the violence remains in doubt, especially given perceived lack of political will and budget shortages in tackling the ongoing violence.