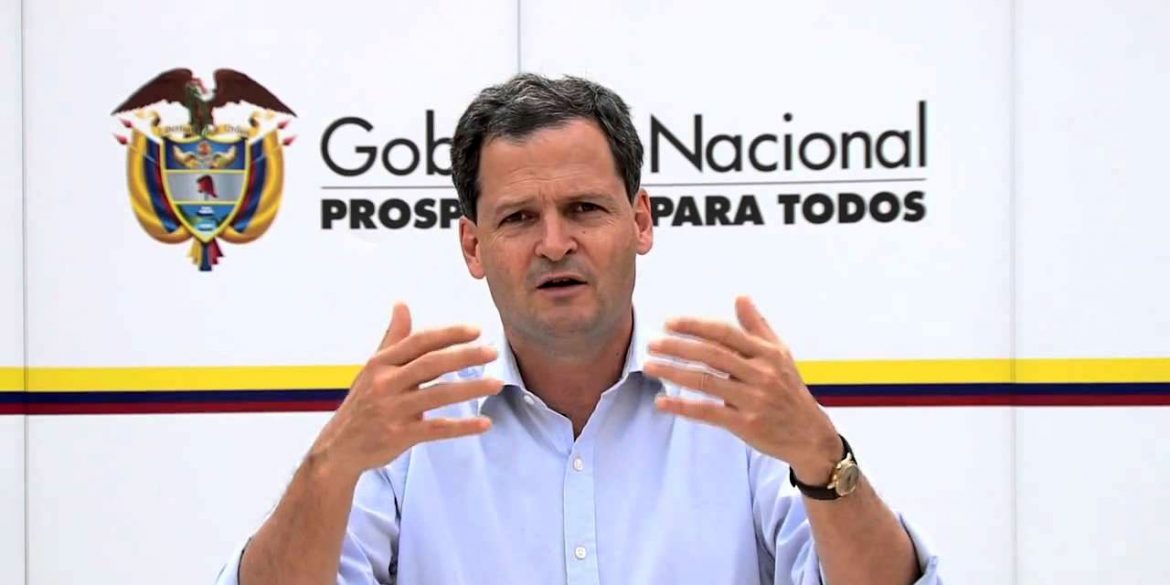 Duque “took off his mask and surrendered himself to extremists:” Colombia’s former peace commissioner

Colombia’s former Peace Commissioner lashed out at President Ivan Duque, claiming he has given in to far-right elements within his party by turning against the country’s war crimes tribunal.

Sergio Jaramillo was one of the architects of the 2016 peace deal with Marxist FARC guerrillas and has remained out of the limelight until Duque’s recent refusal to sign off on the Special Jurisdiction for Peace (JEP), one of the most important elements of the peace process.

He is now revealing himself himself as a man willing to let peace die without blinking and to fracture the rule of law.”

Jaramillo explained what Duque’s decision means for Colombia, what it reveals about national politics and the Democratic Center party, and suggested a surprising strategy for managing the interests of former-President and Congressman Alvaro Uribe.

Last week, Duque refused to sign off on the statutory law that defines the powers of the country’s war crimes tribunal, JEP, unleashing a constitutional crisis by demanding that the law is returned to Congress, despite it already having been approved by Congress and the Constitutional Court during a two-year process.

The decision marks a moment of before and after for this government.

Duque has, in Jaramillo’s eyes, abandoned his balancing act between moderates and extremists of the Democratic Center, and given in to the far-right “Uribista” elements of the party, whose aim is division and undermining the peace accords. “Not even Alvaro Uribe dared to do this as president.”

Jaramillo expressed serious concerns around the President’s challenge to judicial authority, writing off a 750 page court ruling as inconvenient, and challenging parts of the ruling itself, which have constitutional status.

Today it’s the JEP, tomorrow it will be some other ‘inconvenient’ court ruling, warned Jaramillo, pointing out the dangers of a president who does not abide by the authority of other organs of state: “We know where that ends up.”

There is a real risk that the entire bill will be archived.

The radicalization of the Democratic Center party

The aim is to force a vote in Congress, and perhaps to derail the JEP entirely, openly an aim of Uribe’s. The intention of Uribe’s Democratic Center party is to leverage objections to deepen political division in preparation for regional and presidential elections.

They have nowhere else to turn. It is a party of radical opposition extremists, who live by making opposition, even when in government.

Jaramillo argued that Uribe’s government had genuine benefits, creating the conditions for peace, but was highly critical of his party.

They are two different animals, to such an extent that, curiously, very few of the party participated in their government, because it was created for something else: radical opposition.

The party constitutes what he calls “extreme populism,” a trend across the world, from Poland, Spain, and Germany, where populist politics arises and disrupts democratic function.

They have the political system against the wall. The strategy is the same: to use hatred to create political identities that allow them to seize power. It is an agenda of destruction.

Colombia has a lot to lose: this is the country’s chance for peace, and the peace accords are not only an unrepeatable opportunity,

The JEP, still “in its adolescence,” has certainly faced its share of issues and controversies, not least recent corruption scandal around Prosecutor Bermeo, but it maintains the potential to forge forwards transitional justice.

Colombia has a very deep trauma after 50 years of war. This is the time to deal with that trauma and face the future as a society. And the JEP is at the heart of that effort, with the other institutions of the Integral System.

Colombia’s peace process is, says Jaramillo, the most advanced and humane transitional justice system in history: “I promise you: there has never been, anywhere, such an ambitious system of reparation for victims.”

This is a national security problem of the first order.

The Commissioner suggested that the best way forward may even be to pander to Uribe by creating a justice system which he is at peace with, so that he retreats from such forceful intervention in Duque’s government, but “above all so that he would let us Colombians move towards reconciliation, work on the reconstruction of the territories, and so that we can take advantage of the unrepeatable opportunity for peace.”