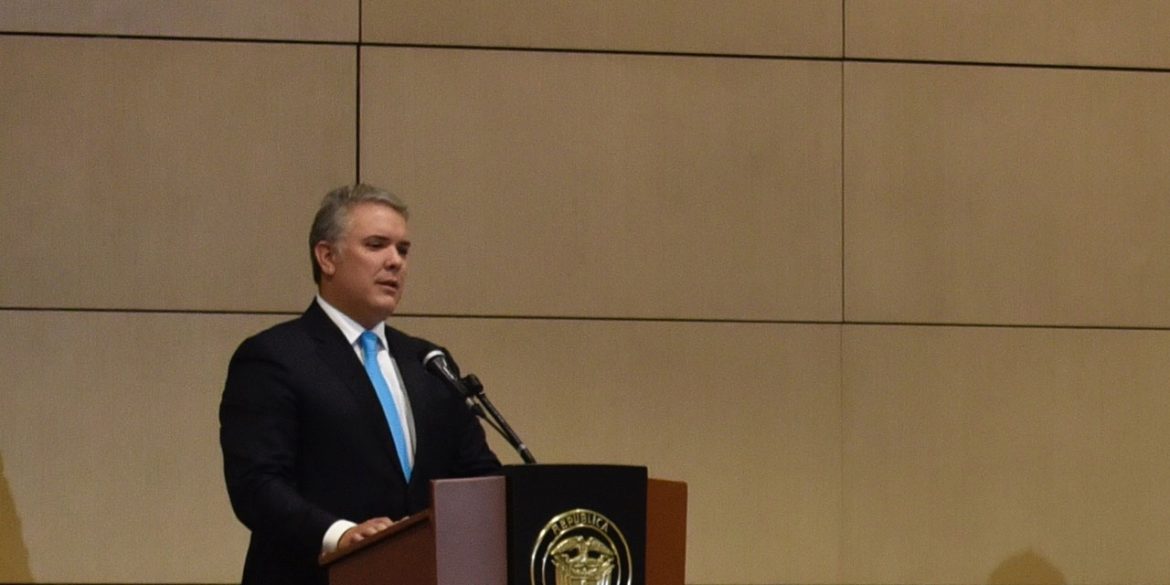 Colombia’s President Ivan Duque on Monday announced a series of legislative measures intended to prevent violence and corruption in local elections in October.

For the longer term, Duque said he will propose Congress to revise campaign contribution laws and impose heavier sanctions on parties that violate the Colombian Electoral Code.

We should seek financing by private citizens in all elections. This would greatly help transparency and would also contribute to better traceability and contribution limits.

Ahead of the elections, the Ministry of Defense is overseeing the incorporated “Democracy Plan,” which seeks to ensure protection of all candidates during the election, especially those of the FARC, the party former by former guerrillas in 2017.

The security risks are higher in areas that coincide with the expansion zones of illicit crops, illegal economies and drug corridors in the country, according to Interior Minister Nancy Patricia Gutierrez.

The Agora plan would seek to focus on these areas, which includes around 130 targeted municipalities.

An Immediate Electoral Reaction Group (GRIE) of the Interior Ministry will act in coordination with the Prosecutor General’s Office to prevent and prosecute electoral crimes, and disturbances of public order before and during the elections, said Gutierrez.

Additionally, a focus will be placed on electoral crimes such as vote trafficking, illegal financing and contribution violations.

Gutierrez revealed that some provinces have seen suspicious surges of up to 1,671% in voter registration documents that have alerted government agencies because they could indicate massive voter fraud.

While the prosecution and the national government are moving ahead with their plans to prevent fraud in October’s elections, Duque’s proposed revision of the Electoral Code would have to go through Congress.