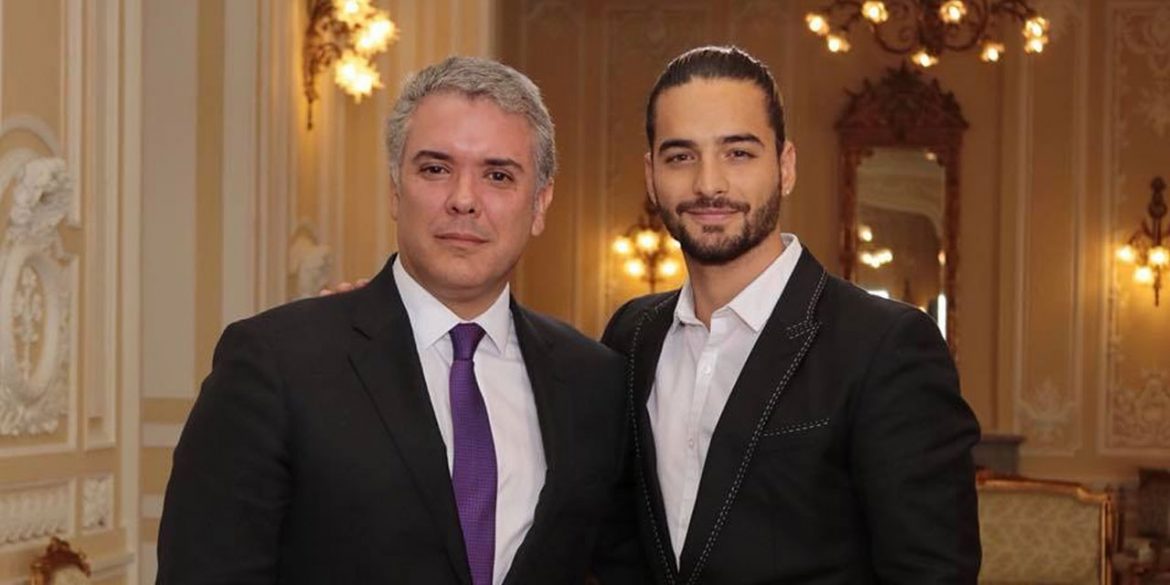 Duque is not a pop tart: Colombia’s president’s office

Colombia’s government denied President Ivan Duque is wasting time with frivolous activities like meeting with pop stars while protests and violence are rising and his approval rating plummeted.

Duque has been showered with criticism and ridicule after meeting with reggaeton singer Maluma on November 6 and vallenato singer Silvestre Dangond also claimed he was invited to the presidential palace.

In an attempt to defend Duque, the President’s Office sent out a press statement titled “I am not exercising the presidency frivolously: President Duque.”

Earlier on Friday, the president visited his brother-in-law, journalist Nestor Morales, at Blu Radio for an interview in which he claimed he doesn’t “have a social life” and doesn’t attend cocktail parties.

Duque told his brother-in-law that he met with Maluma because he has a foundation, not because he is famous.

I have many meetings at the presidential palace, every day, all aimed at serving the country. I do not hold show businesses meetings, if that was the criticism. Every meeting that I have, I have in order to look to connect with something or someone that can serve Colombia.

According to Maluma, Duque agreed to work with his elusive Art of Dreams foundation on “very important projects.”

We train adolescents in situations of vulnerability, in being, knowing and doing, through art, focused on the urban genre and its different expressions such as composition, instrumentation, singing, production, dance and painting, favoring moral and emotional development, physical, cultural and social in several spaces that lead to build bridges between art and dreams.

Maluma’s The Art of Dream Foundation

The president was forced to address the questions and ridicule about his conduct among sinking approval rates, and his ongoing refusal to meet with ELN rebels in Cuba to negotiate a peace agreement and students who have been protesting for weeks to demand more funds for public education.

The President’s office denied that a meeting had taken place with vallenato star Silvestre Dangond, claiming this was a rumor concocted by television network RCN.

Dangond actively campaigned for Duque ahead of the June elections, despite controversies over the singer’s ties to drug traffickers, alleged sex with minors and drug use.

Popular columnist Daniel Samper Ospina sarcastically advised Duque to “renounce the Presidency of the Republic and assume the presidency of Sayco”, an organization that is responsible for working with musical artists.

The country’s most popular cartoonist, “Matador,” published a cartoon in which Duque’s political patron, controversial former President Alvaro Uribe, tells the president “Why don’t you go play with Maluma while daddy goes to work?”

The approval rating of Duque, who has finished the first 100 days of his four-year presidential term, has plummeted to 27%, according to pollster Invamer. Violence in the South American country has spiked since Duque took office on August 7, according to multiple think tanks.