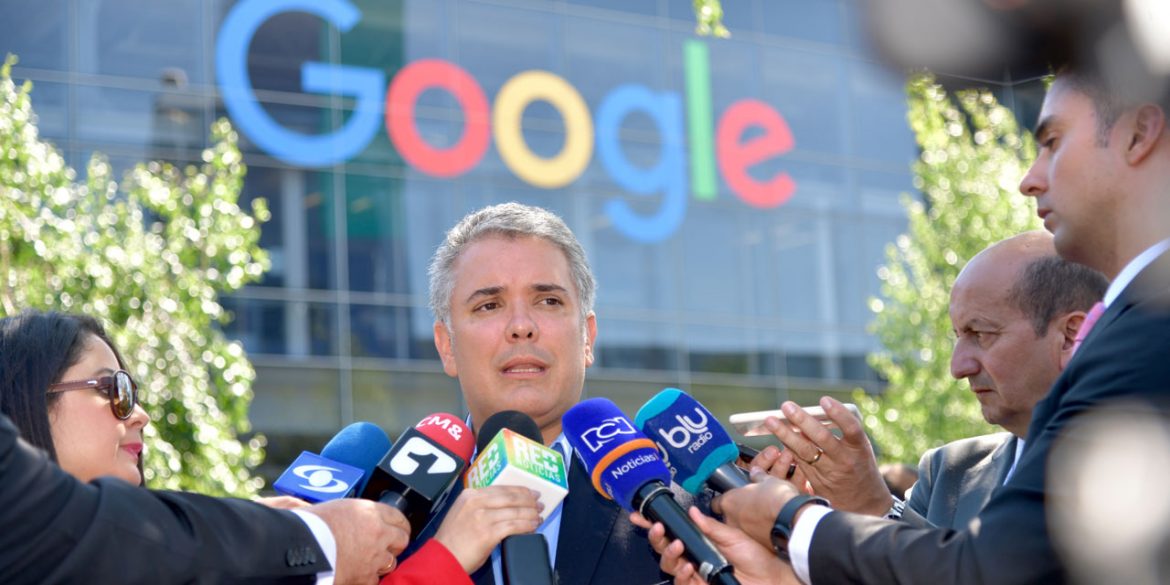 Duque visited Apple, Cisco, Google, and Microsoft in Silicon Valley and Seattle with a delegation of entrepreneurs and business leaders in an attempt to seek foreign investment in the diversification of Colombia’s relatively commodity-dependent economy.

These technology giants are expected to collaborate with sectors as diverse as mining and tourism, as well as entrepreneurship and cybersecurity.

We came to show what Colombia is, to show that our country is advancing in the themes of the fourth industrial revolution, to show the abundance of digital entrepreneurship that we have in the country.

As well as discussing AI and connectivity with Google, Duque announced that the company would be headhunting Colombian entrepreneurs to work with, as well supporting to democratize and share Colombian culture – digitizing museum and photography archives.

Duque also met with Apple CEO Tim Cook, with whom the issue of traceability in the mining sector was discussed, with plans to use blockchain technology.

Cisco’s vice president stated that the company would be supporting Duque’s efforts to reinforce innovation and entrepreneurship.

Cisco has a global web of training, and will be working directly with Colombia’s national learning center, the SENA, and specifically with the ‘Center for the Fourth Industrial Revolution’ – a policy center which opened in Medellin at the end of last month.

According to Duque, there are also plans for a new council uniting Latin American countries to find shared solutions to cyber security threats.