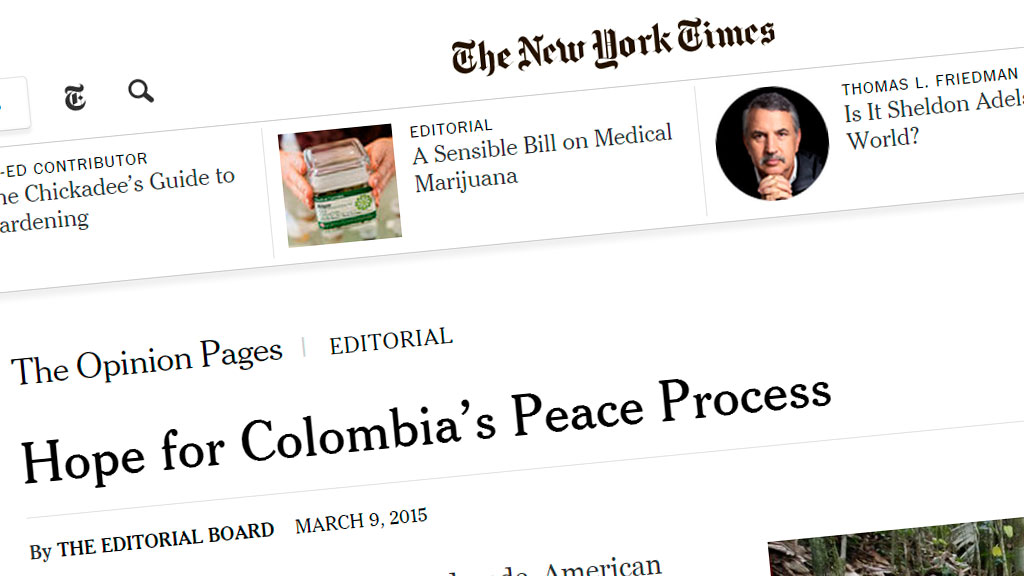 Colombia and its main cities invest millions of dollars annually in promoting the country as destination globally. Every effort — both public and private — has helped mitigate a negative perception from times past.

We’re not about hiding a reality or diverting recurring local and national events; we’re all about telling the world that this country believes in itself.

We do so through generating tangible and compelling changes that encourage foreigners, to not only discover the warmth of its people, but also realize its potential as a destination for investment, exports, culture and tourism, among others.

Entities such as Procolombia have contributed to spreading positive news. According to its recent annual report, between 2010 and 2014 about 24,231 publications were disseminated throughout the media in over 42 countries.

Similarly, 1,117 international journalists had the opportunity to travel to different corners of Colombia as validators of the country’s competitive advantages.

When translating such results into money, we see more than $298.6 million in free press, with an annual growth of 10.5% linked to international publications.

Bogota, for instance, has seen positive results despite a hectic political context, which generated low credibility in this destination among its own citizens.

After a well thought-out task by the communications board from the City Marketing Committee (City Marketing Strategy), over 300 online media from 40 countries around the globe were monitored during the second half of 2014, and the positive news they published exceeded negative news in numbers.

These favorable reviews highlight the creativity and innovation of a destination undergoing good economic times, as both a country and capital that drives tourism, culture, cuisine and environmental protection initiatives.

City events such as ArtBo, FITBo, BAM, FILBO, Park Festivals, conferences and conventions such as 81 ° UFI Congress, Rio + 20 High Level Dialogues, the World Congress of Performing Arts – ISPA or 4Life Convention, strike a positive impact on the news, as well as on foreign investment cases, which give Bogota the advantage as a key global center for business.

New international players in the hotel industry, besides awards and recognitions on city initiatives, contribute to a positive view enabling a welcoming air that helps Bogota’s citizens feel proud and praise our city.

Author Diego Gantiva is the press coordinator of the Bogota Convention Bureau, a public-private partnership that seeks to promote Bogota as a corporate destination.