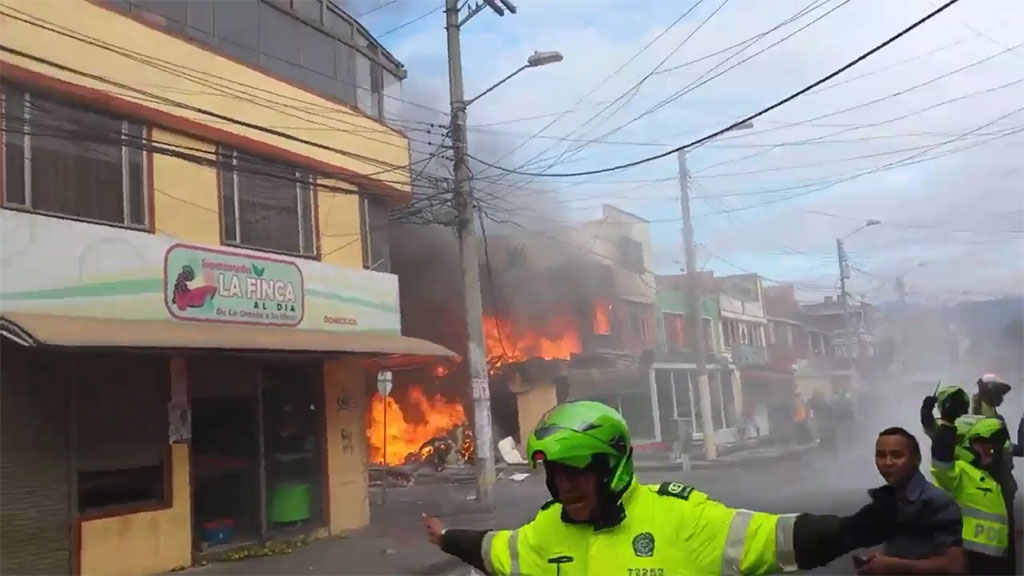 Crashed plane in Bogota was picking up Conservative Party leadership

The leadership of Colombia’s Conservative Party was supposed to board the airplane that crashed in Bogota on Sunday, killing five and injuring several others, spurring rumors the crash might not have been an accident.

The airplane that crashed in to a bakery in the Villa Luz neighborhood in the central northwest of the Colombian capital was due to fly from Bogota’s El Dorado airport to Guaymaral airport, 10 miles north. It crashed, however, just before landing in Bogota.

The politicians were waiting at the airport to go to a campaign rally of a governor candidate they endorse.

According to radio station La FM, Pastrana has asked the authorities to investigate whether the crash was in fact an attack.

The Prosecutor General has called on the expertise of the Civil Aeronautics Authority who are investigating the crash to clarify the causes, reported La FM.

According to the conservatives, they might have been the target of an attack because of their opposition to ongoing peace talks with leftist FARC rebels.

“There are a series of coincidences: the position of the government saying that the [former] president Pastrana is an enemy of peace… This is an accident in which the causes should be investigated,” said Gomez who has also spoken out about the possibility that it was an intended attack.

Ramirez on the other hand has reportedly decided not to enter in to the realm of speculation, only expressing her concern for the families of the victims.

The last time an airplane crashed in Bogota was in 1993 when the then-director of Colombia’s aviation authority crashed, killing himself, seven other adults and four children who were playing in the street at the time of the crash.