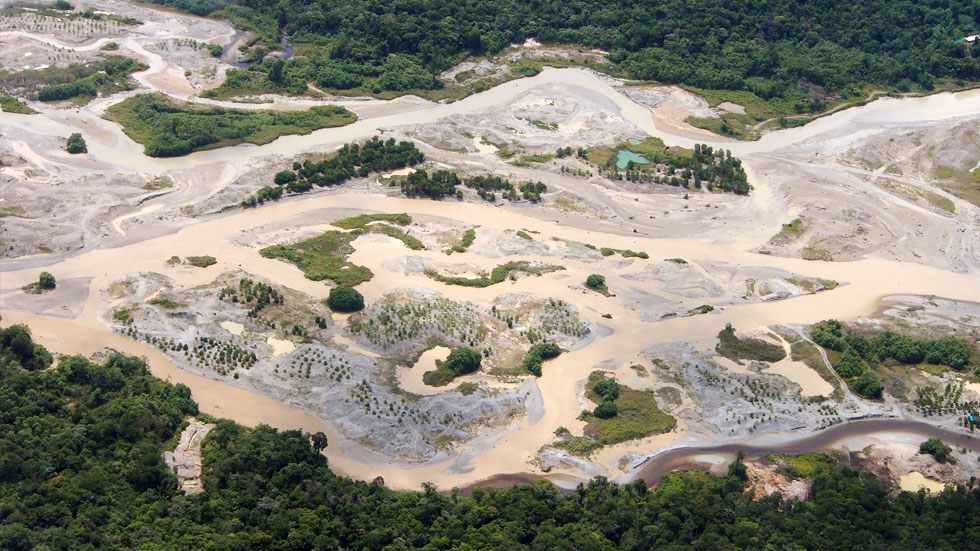 Colombia’s constitutional court demanded on Tuesday that the government take immediate measures to save the country’s main river in the west from being destroyed by illegal armed groups’ gold mining operations.

The river, which stretches through the troubled Choco province is off-limits to legal mining because of its unique ecosystems, but has been disputed by illegal armed groups like the ELN and the AGC, who frequently clash over territorial and economic control in the gold-rich region.

The decision, which was made in November but only made public by El Tiempo newspaper on Tuesday, the court urged the government to “build a public policy of mining and energy that takes into account the environmental and social realities of the nation.”

Mining has been a major policy priority for the government’s since the 1990 already. However, Bogota has been infamous of denying social or environmental realities in the country.

The social and environmental reality in the long-neglected Choco has deteriorated to the point that the Atrato is contaminated by illegal mining with disastrous environmental consequences for the river and the communities living off it. 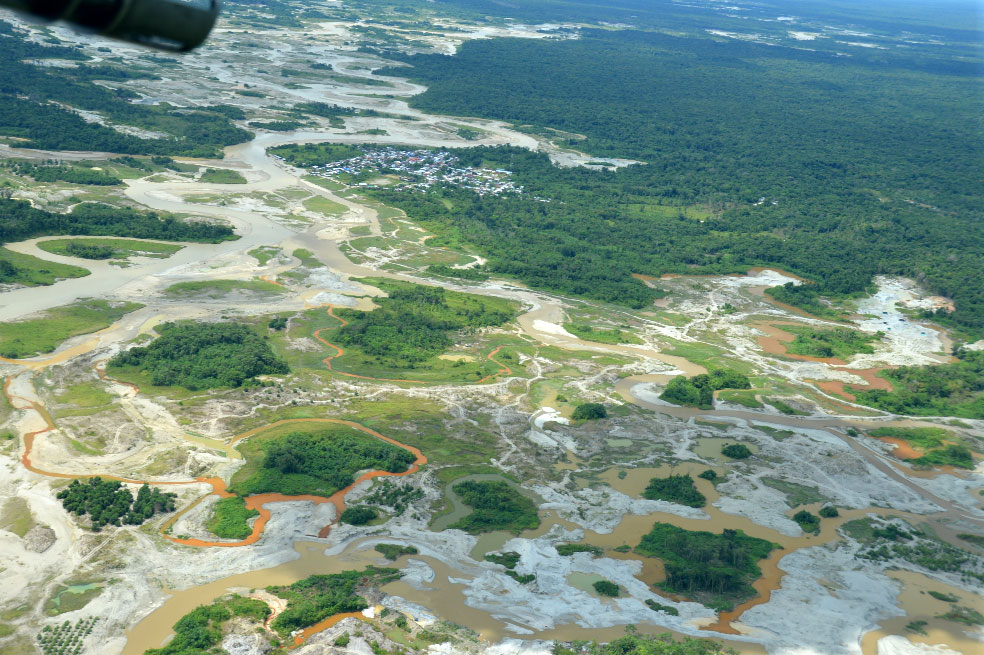 The government has admitted the region has chronically been abandoned by the State, leaving one of Colombia’s most gold-rich regions virtually in the hands of guerrillas, paramilitaries, drug traffickers or clandestine colonists.

The ongoing violence between the ELN and AGC has killed and displaced locals. Now, mercury from illegal mining is poisoning communities that live off the river, according to the Ombudsman. 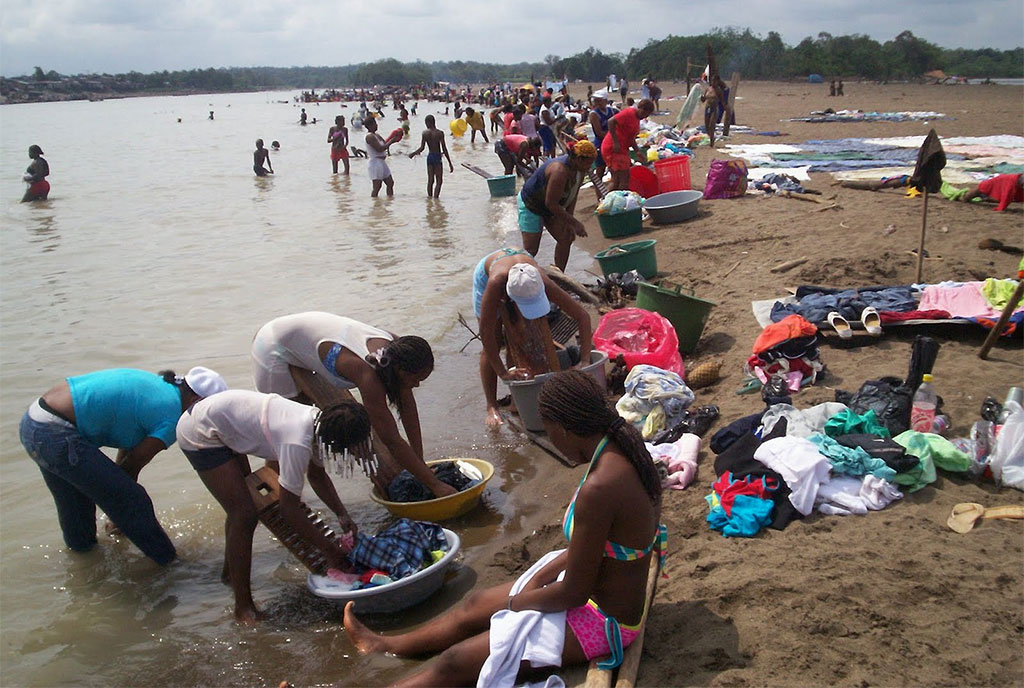 The Atrato river is elementary for many in the province, who depend on the river for food, personal hygiene and recreation.

The gold rush had such a tremendous environmental and social impact on the Atrato river communities that it is poisoning their food and has already killed some of them.

However, the Bogota-based government has traditionally struggled to govern the country’s Pacific coast and is currently demobilizing the country’s oldest and largest guerrilla groups, the FARC.

Around the same time, armed conflict between the ELN and AGC has escalated over traditional guerrilla territory and controlled mining operations in Choco. 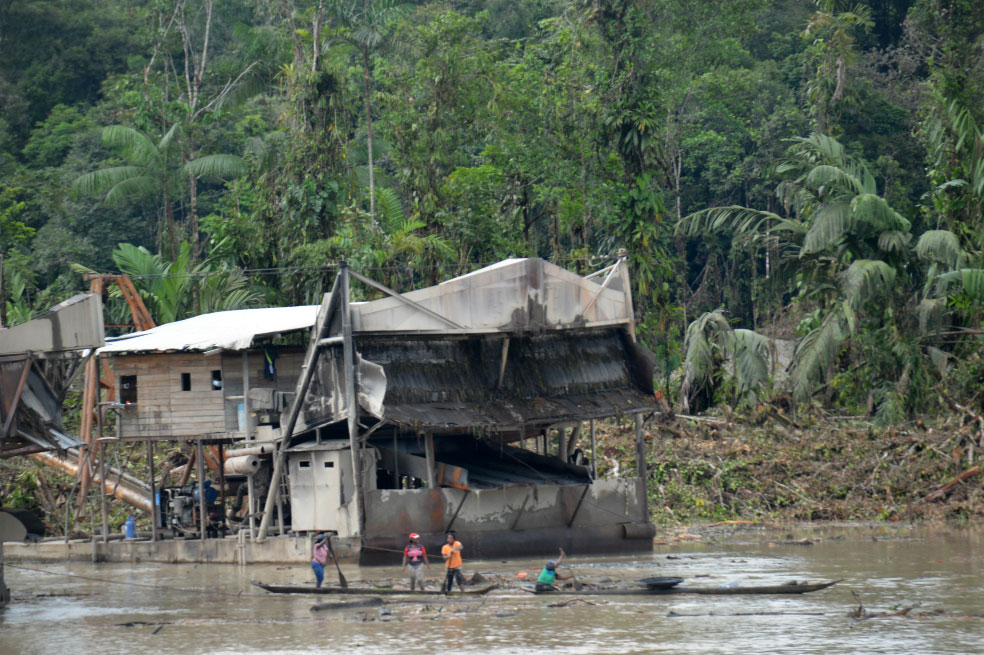 Rule of law vs reality

In its ruling, the court recognized the complexity of executing the court order, acknowledging that a successful restoration of the river would require the removal of Colombia’s largest two illegal armed groups from the remote jungle area and stimulating the development of a legal economy in an area that has long been neglected by the state.

The restoration of the river would imply effective policies covering “poverty, lack of opportunity, inequality, prostitution, illegality, violence, armed actors, and post-conflict, so a number of mining-energy policy measures must be taken.”

Any recuperation would take decades at least considering the large-scale destruction that has been going on for years.

How bad things are in western Colombia’s El Atrato region 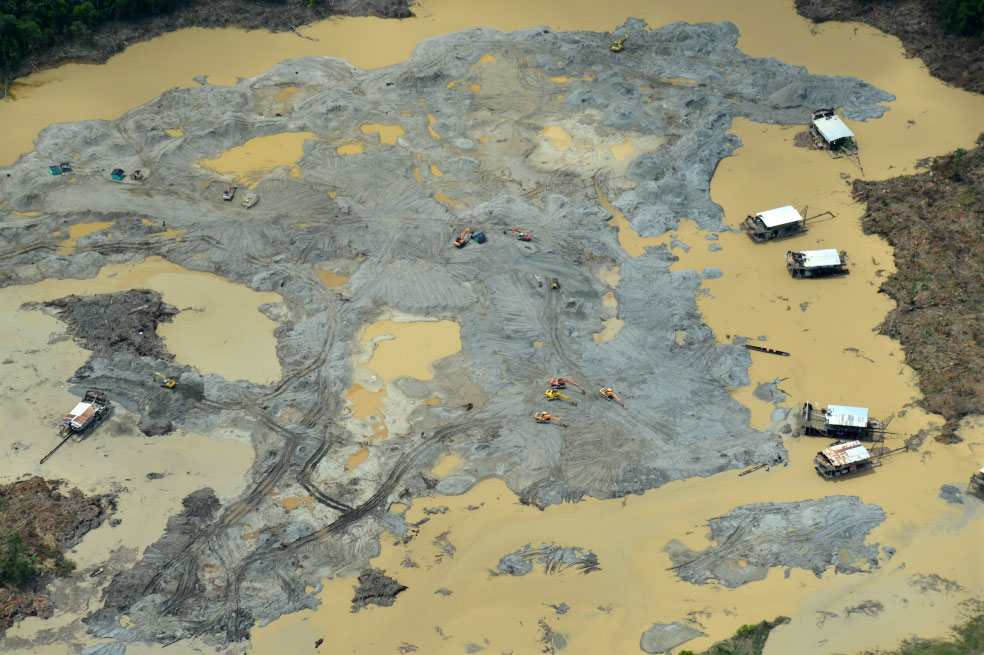 The ruling claimed the government’s chronic inaction to protect the most basic humanitarian rights of the inhabitants of the region makes it responsible for correcting the situation.

The defendant state authorities are responsible for violating fundamental rights to life, health, water, food security, the healthy environment, culture and the territory of ethnic communities by their negligent conduct by failing to take effective action to halt the development of illegal mining activities that have created a serious humanitarian and environmental crisis in the Atrato river basin, its tributaries and surrounding territories.

The ruling explained that “in general, only 10% of the mercury added to one barrel is combined with gold to form the amalgam, the remaining 90% is left over and discarded in water sources,” which has produced extreme mercury levels in local inhabitants’ bodies –  some with 60 points per million, while the worldwide acceptable norm is thought to be around 0.5 points per million.

In addition to this, the plaintiffs alleged that up to 44 thousand hectares of rainforest has been devastated by illegal mining. 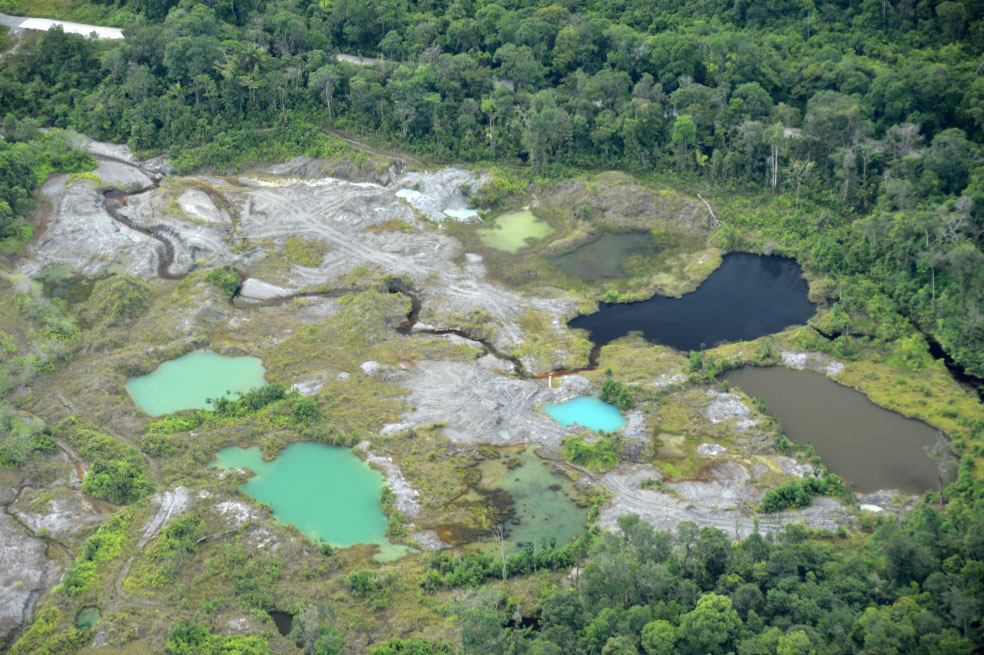 In practical terms, the court ordered that the government must decontaminate the water in the Atrato basin within a maximum time frame of one year.

In addition, it must “definitively neutralize and eradicate illegal mining activities carried out not only in the Atrato River and its tributaries, but also in the department of Choco.”

This process is to be initiated by two delegates appointed by the government and the affected communities to oversee the process of restoration and protection of a region that, with the exception of heavily armed groups, is barely colonized, let alone formalized.