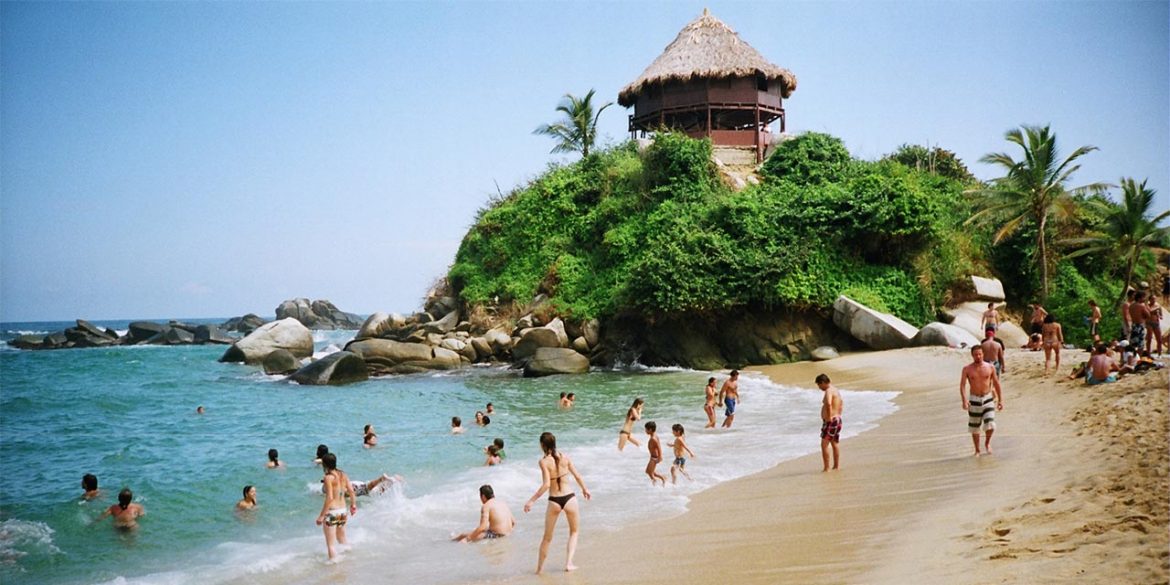 By Luis Perez from Medellin, Colombia (Tayrona 01-2011) [CC BY 2.0], via Wikimedia Commons
Caribbean

Colombia’s Tayrona National Park, located on the northern Caribbean coast near the town of Santa Marta will close between January 28 and February 28 in order to “give a rest to the ecosystem of the protected area.”

“The measure is covered by resolution 007 of January 3, 2018, which orders the temporary closure and prohibits the entry of visitors and the provision of ecotourism services in the Tayrona National Natural Park,”said National Parks of Colombia (PNN) in a statement.

The decision on the closure comes amid fears that the ecosystems of the park are being adversely affected by the increasing numbers of tourists every year, with the same measure being implemented in 2015.

Deputy director of PNN Carlos Mario Tamayo added that “with this measure, soils, water sources and air are recovered; it reduces the stress of ecosystems and contributes to nature, which at that time of the year, faces a dry season.”

While the president of the hotel federation Cotelco in Magdalena, said he respects the decision, he questioned the timing as it is a month that is very popular with tourists from the south of the continent, particularly Chile and Argentina.

“Parks does not take into account the opinion of the rest of the tourism industry chain, they could have proposed another date, such as the months of May or September. Colombia is betting on international tourism, but unfortunately, with the closure of Tayrona Park, that is not fulfilled, because in the month of February the south cone market comes exclusively to Tayrona, and now they would look for another destination in the Caribbean,” said Omar Garcia to reporters.

The 15,000 hectare coastal park boasts in excess of 60 mammal species as well as 400 species of birds, in addition to countless reptiles and amphibians.

It also offers a huge variety of Flora and Fauna because it includes two ecosystems between the mountain and the sea.

Environmental experts have recently expressed concerns about the long term future of certain species in the park including the jaguar and the American crocodile.

Tayrona Park is one of the 14 protected areas located in the Colombian Caribbean.