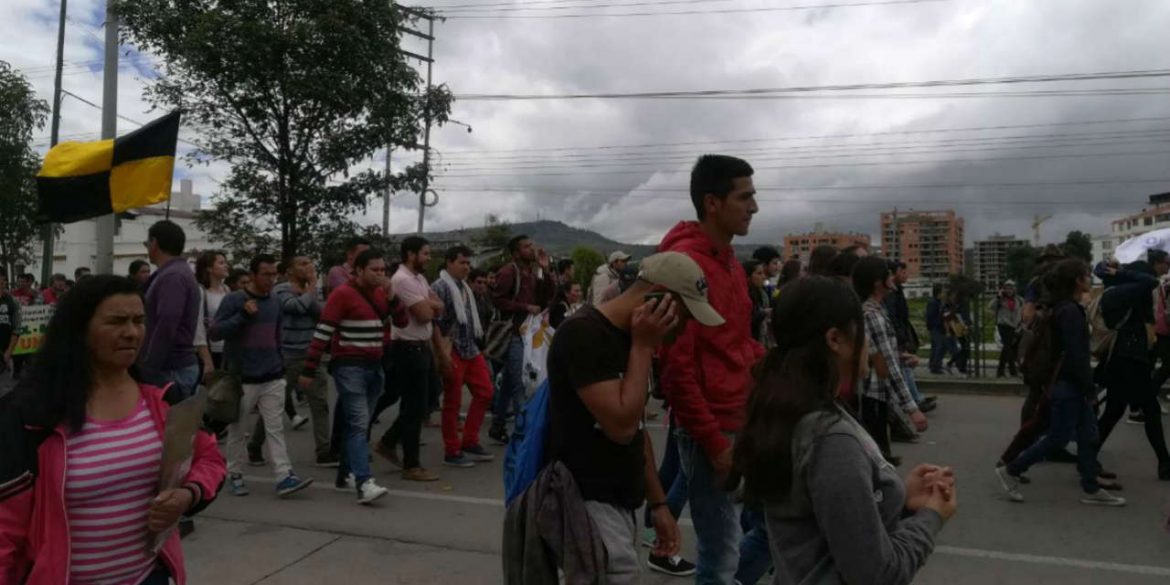 Thousands of students across Colombia took to the streets on Tuesday and Wednesday to demand increased funding for public education.

This program was designed to allow well-performing students who graduate high school with excellent grades to study in private universities.

According to the students, this money should be invested in public education where the academic level generally is higher but only few people can enroll each year.

Unlike Colombia’s expensive private universities, public universities are affordable for many.

According to the Ministry of Education, 82% of the students in the Ser Pilo Paga program are studying at private universities.

While some presidential candidates have tinkered with the idea of scrapping the program, rector of Bogota’s National University, Dolly Montoya, believes it must not be “ended” but rather “restructured” by amplifying the coverage to include more students.

Students also argued interest rates that credit firms such as Icetex have in place, are too high.

“What we want is a change in these policies that govern us, they are literally doing away with public education and institutions like Icetex, the only thing they do is put people in debt,” a demonstrator told La FM.

For Angie Aguirre, member of the University Student Federation, this march was to shine a light on the current state of tertiary education so that the next government “understands what it should and shouldn’t do.”