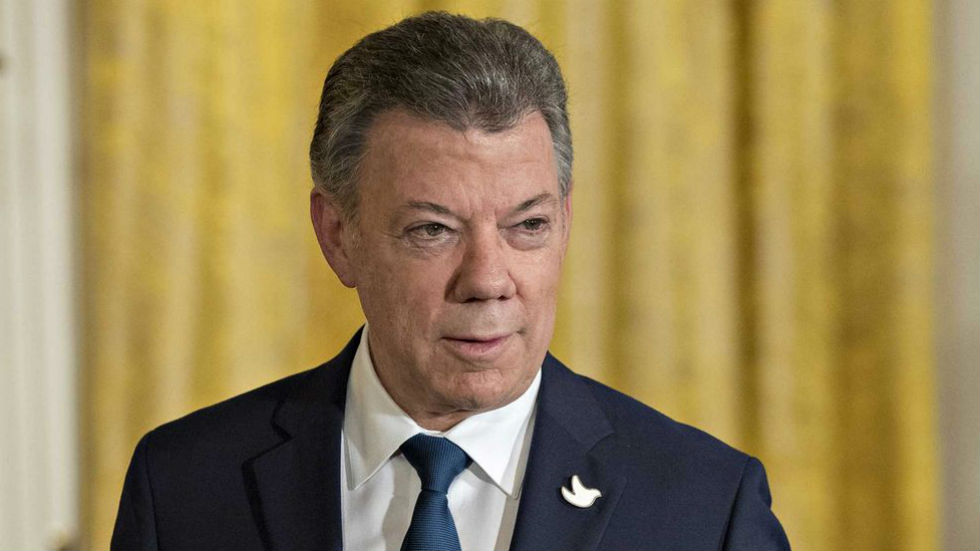 Colombia’s president Juan Manuel Santos on Monday claimed that establishing a democracy in Venezuela will be the priority as he prepares for talks with US president Donald Trump.

Santos and the presidents of Peru, Panama and Brazil will meet Trump while all are attending the United Nations’ General Assembly in New York.

Santos told Bloomberg in an interview the Latin American presidents are united in rejecting a possible military intervention as proposed by the American head of state.

We have told him that military intervention is something that is not on the agenda in any of the countries of Latin America, that would only make it worse.

“What we all want is for Venezuela to become a democracy again, and we are exerting all possible pressure to make it happen again,”said the head of state in an interview with the Bloomberg agency.

The leaders will be discussing the ongoing crisis in Venezuela, whose government is the hemisphere’s fiercest US critic and has become increasingly authoritarian amid a devastating economic and political crisis.

With Colombia traditionally having a good working relationship with the US, a suitable joint strategy to deal with the crisis in neighboring Venezuela will be of the utmost importance for the Colombian government, said Santos.

We are working together and I believe that the more united and coordinated we are, the more effective we will be in our work and tonight we will talk to President Trump about that issue, how best to coordinate our efforts, where to exert pressure, how to push to be more effective because we all want a democratic transition, hopefully peaceful, in Venezuela. What is happening there is something nobody likes. Colombia has much to gain or lose because we share 2,200 kilometers of border with Venezuela.

The crisis in Venezuela has already spurred the migration of hundreds of thousands of Colombians living in the neighboring country and Venezuelans fleeing food shortages and violence.