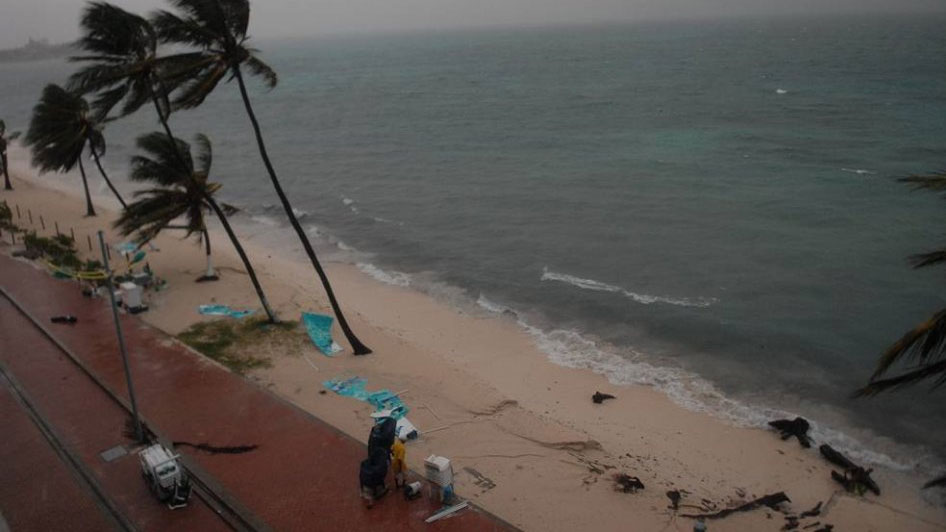 Colombia’s San Andres island was bracing itself on Wednesday for an expected onslaught from tropical storm “Otto” that is sweeping through the Caribbean.

The islanders of both San Andres and neighboring Providencia are on alert and authorities have ordered a halt of air operations between 1 pm Wednesday and 7 am on Thursday.

Authorities have also ordered the closure of beaches, limited use of motor vehicles and sports venues while recommending that both residents and tourists stay indoors until the storm passes.

Otto was downgraded from hurricane to a tropical storm early Wednesday morning but the Institute of Hydrology, Meteorology and Environmental Studies of Colombia (IDEAM) still expect that San Andres will experience “overcast sky, rains of varied intensity and gusty winds with high probability of electrical activity.”

The Civil Aeronautics (Aerocivil) of Colombia stated that since Tuesday night they have been “monitoring the weather of San Andres every two hours.”

The Aerocivil suggested that airlines “keep up-to-date” on weather conditions, recommended that crews avoid crossing the area because of “strong turbulence” and asked to report “in case of unfavorable situations.”

Tropical Storm Otto, earlier the seventh hurricane of the 2016 Atlantic hurricane season was downgraded as it approaches Costa Rica and Nicaragua with the US National Hurricane Center (CNH) reporting maximum winds of 70 miles per hour.

The CNH reported that the storm is moving west-northwest at a speed of 5 miles per hour.

It is predicted that Panama may too be affected.

The inhabitants of Colombia’s beautiful 10 square mile island are unfortunate to be facing the ravages of such a storm given that only 18 storms of at least tropical storm strength had formed on or after November 21 dating back to 1950, according to the National Oceanic and Atmospheric Administration (NOAA) best track database.

The last to do so was Tropical Storm Olga in December 2007.

Tuesday, Otto became the latest hurricane formation on record in the Caribbean Sea, surpassing Hurricane Martha in 1969, according to the NHC.