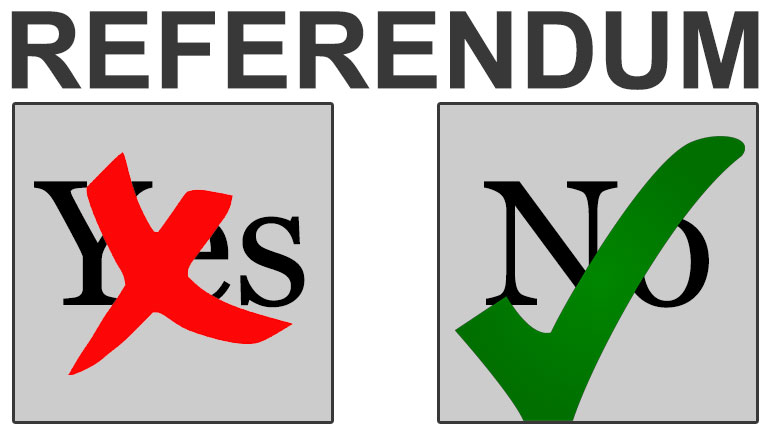 Colombia’s Prosecutor General asked the Constitutional Court on Thursday to nullify a recently approved plebiscite that would give Colombians a vote on a pending peace deal between the government and left wing FARC guerrillas.

As talks between the government and the rebels advance, any agreement that is signed is due to be presented before the public, which has been promised a popular vote for approval.

President Juan Manuel Santos had long promised a referendum, but opted for a lower-bar plebiscite while the FARC and the conservative opposition have called for a constitutional assembly.

A referendum would require a relatively high voter turnout, while in a plebiscite this threshold would be lower.

However, according to Prosecutor General Eduardo Montealegre the proposed plebiscite would be unconstitutional and would involve an amendment to the constitution.

Instead, he wants the president to have the faculty to “seal the deal” with the leftist rebels that has divided the country.

Montealegre’s office asked the Constitutional Court to declare unconstitutional a draft bill for a plebiscite to “seal” the final agreement for the termination of the conflict and building a stable and lasting peace.

Montealegre claims that a countersignature is unnecessary both from a legal and a constitutional point of view.

“The constitutional and legal development of the final agreement for the termination of the conflict, can not be subjected to an election result,” he said in a statement.

Montealegre outlined five arguments in an attempt to add weight to his claim.

In late February, a poll carried out by Gallup tested the ground regarding public participation in a countersignature referendum.

Should the claims of the Prosecutor General be upheld, it would mean that the responsibility for the acceptance and implementation of the peace terms would rest solely with the Santos administration and Colombians would have no say over the peace process that is due to determine the future destiny of their country.