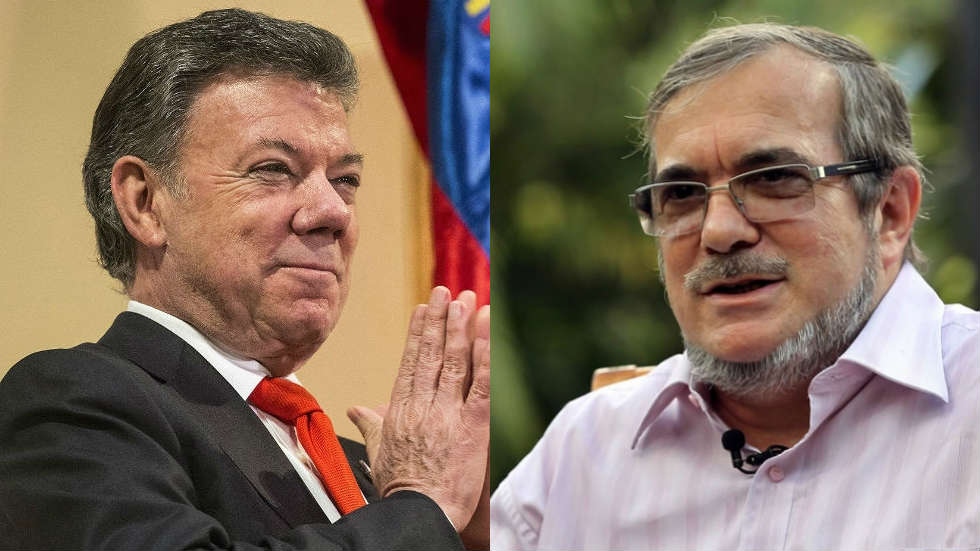 Colombia’s president Juan Manuel Santos on Monday confirmed that he will meet with the leader of the Marxist-inspired FARC to discuss concerns expressed about the ongoing implementation of a peace deal with the government.

Santos took to Twitter to announce that he will meet Rodrigo Londoño, a.k.a. “Timochenko,” after the FARC leader sent an open letter to the president seeking talks about problems related to implementing the deal, particularly the issue of transitional justice.

“In response to your request, I will propose to Rodrigo Londoño that we meet on Friday,” tweeted the president.

Londoño has expressed his discontent with what he sees as the failure of Colombia’s government to live up to the commitments made in a peace deal signed last November that ended more that half a century of armed conflict.

Specifically, the Constitutional Court’s decision to shield politicians and businesses from being obligated to appear before a post-conflict tribunal has infuriated the FARC leader who claims it  “opens the door to impunity.”

More than concerns, the members of the new party born to political life as a result of compliance with everything agreed in Havana, we are alarmed to the maximum degree, not only by the State’s non-compliance in multiple agreed matters, but also because of the audacity with which different institutions have been acting in open contradiction with the Final Agreement, to the point of modifying it in essential aspects.”

While the site of the meeting has not yet been defined, Londoño assured the president that he is “willing to travel to where you consider necessary” to speak “personally.”

The FARC leadership has also requested a meeting with the chief prosecutor of the International Criminal Court (ICC), claiming that a war crimes tribunal, an essential element of the peace agreement is in danger.

The frustration on the part of Londoño comes after the Constitutional Court ruled last week that third party actors such as politicians and businessmen would only appear in front of transitional justice court on  a voluntary basis.

With high ranking officials and businessmen, along with the FARC accused of thousands of war crimes, the FARC leader believes the adjustment to the original agreement makes  “a clear mockery of the rights of victims.”

He hopes that Friday’s meeting will “find the formula to take care of, build and consolidate the peace that we sealed with so many difficulties in the Havana Agreements.”

Santos has already called on the House of Representatives to undo the controversial amendments proposed by Radical Change, the party of former Vice-President German Vargas.

The transitional justice system was initially expected to take force this month.

Its ratification by congress has been delayed by concerns in the private sector and the ruling class about their use of terrorist groups to keep the guerrilla group at bay.

The Marxist FARC was founded by communist farmers in 1964 in an attempt to overthrow the state. Since then, more than 265,000 people have been killed.