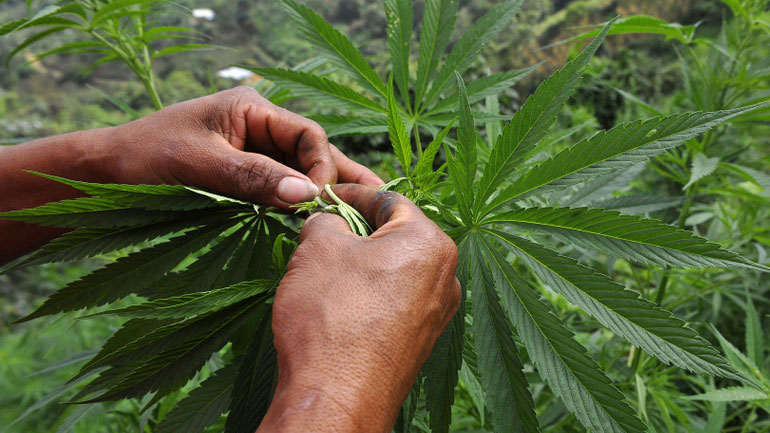 Colombia’s President Juan Manuel Santos signed a decree on Tuesday legalizing the growing and sale of marijuana for medical purposes, a dramatic shift in a country long identified with US-backed policies to stamp out drug crops.

Santos said the new regulatory framework was long overdue given that Colombians had been consuming marijuana and marijuana-based products in a legal void for years.

The new rules “represent a major step that put Colombia at the vanguard and forefront of the fight against illnesses,” Santos said during the signing ceremony for the presidential decree.

With the new rules, Colombia joins countries from Mexico to Chile that have experimented with legalization or decriminalization as part of a wave of changing attitudes toward drug use and policies to combat it in Latin America.

Colombia has long been identified with U.S.-backed policies to eradicate narcotics production and a sharp decline in levels of violence over the past 15 years is largely attributed to the no-tolerance policing.

Proponents of the new approach say as many as 400,000 Colombians suffering from epilepsy and other ailments could benefit from the clearer regulatory framework.

Colombians for two decades have been allowed to possess small quantities of any narcotic for personal use due to a series of Constitutional Court rulings guaranteeing the “free development of one’s personality.”

But the congress and the executive branch have been loath to endorse such views, in part because of officials’ skittishness about showing any weakness in a country that is the biggest supplier of cocaine to the U.S.

Conservative critics in Colombia and abroad see Santos’ drive to reform drug policy, including a decision earlier this year to end a two-decade-old campaign of spraying illegal coca crops with herbicides, as a sign that the government’s resolve is weakening.

Santos, who has acknowledge smoking pot as a journalism student in the 1970s at the University of Kansas, repeated his commitment that the new rules only apply for medical and scientific purposes, not recreational use.