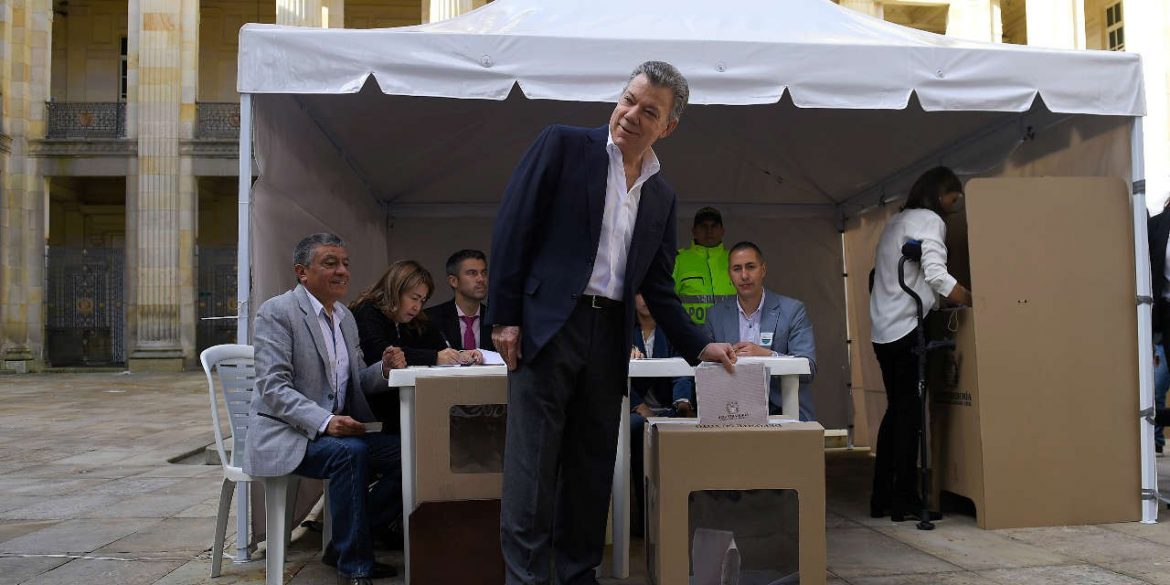 Colombia’s fiercely contested legislative elections left winners and losers on both the left and right of the political spectrum and could have major implications for efforts to make peace in the country.

Ivan Duque, the handpicked presidential candidate of hard-right former President Alvaro Uribe, had a landslide victory in the primary that increased his chances to win the presidential elections in May.

With more than 3.9 million votes, the candidate secured more support than either of the top two finishers in the first round of the 2014 presidential election.

The victory showed that the presidential candidate who was virtually unknown in Colombia less than a year ago is now able to generate a mass mobilization of voters.

Center-right presidential candidate German Vargas will also be satisfied with the elections that confirmed the strength of the former vice-president’s alliance with regional clans.

Despite widespread corruption allegations, Vargas’ Radical Change party doubled its seats and was able to deliver political power to the dynasty politician’s associates outside of Bogota.

Indebted to the former vice-president, Vargas’ alliance of electoral barons is now expected to put its weight behind his presidential bid.

This increases Vargas’ chances of success in the first round of elections on May 27, but what is just as important, he has shown other conservative candidates that the next government will only be able to govern with his support.

A collection of anti-corruption advocates have been leading efforts to purify Colombia’s notoriously corrupt political system.

The leading force is the Green Alliance, the social democratic party that was led by Senator Claudia Lopez until the elections and with success. Both in the Senate and in the House, the greens have become an electoral block to be reckoned with.

The coming four years, the popular former Bogota Mayor Antanas Mockus will lead the party on its never-ending quest to rid Colombian politics of clientelism and corruption.

The outcome of the elections increases fears that the government will not execute the peace process that was agreed between President Juan Manuel Santos and the FARC, until last year the country’s largest guerrilla group.

In the first year of the process, the government executed less than 20% of the agreements made with the guerrillas.

Particularly the elements that seek to reduce extreme poverty and violence, and promote democracy in the countryside are unlikely to move forward in the newly elected Congress.

The FARC was given another reality check about how decades of Marxist political violence have diminished the group’s chances of becoming a relevant political force.

“The FARC are in a tough spot,” according to Leon Valencia, a former ELN guerrilla who now runs the renowned Peace and Reconciliation Foundation.

In the coming four years, the former guerrillas are more likely to grab the headlines in the context of the upcoming war crimes tribunal than for their political participation.

Most importantly, the incoming Congress has shown little regard for the war victims, social leaders and human rights defenders who have been increasingly exposed to deadly violence.

President Juan Manuel Santos, who was once one of the country’s most powerful electoral barons, saw his “Coalition of National Unity” collapse on Sunday.

With no government contracts left to distribute, regional clans abandoned the Santos camp to put their weight behind his former vice-president German Vargas and former President Alvaro Uribe.

Nobody can take away his Nobel Peace Prize, but the outgoing president is not likely to be remembered as the leader who brought peace to Colombia.

His inability to execute the peace deal and his association with some of the country’s worst corruption scandals in history are more likely to dominate his political legacy.

While the legislative elections were undoubtedly the least violent in decades, they demonstrated how weak and corrupt the country’s democratic system is.

Additionally, the vote showed how the country’s politicians continue to dominate the public agenda rather than the other way around.

For years, Colombians have indicated that their concerns are about healthcare and jobs. Most of the campaigns, however, centered upon politicians’ aversion against the communist dictatorships in Cuba and Venezuela.

While President Juan Manuel Santos praised the “massive participation” in legislative elections, the reality is that more than half of the country’s voters abstained.

How many of the 18 million votes had been bought is impossible to say; of the 1,300 reports of election fraud received by electoral observers, only 26 ended up being investigated by the Prosecutor General’s Office.