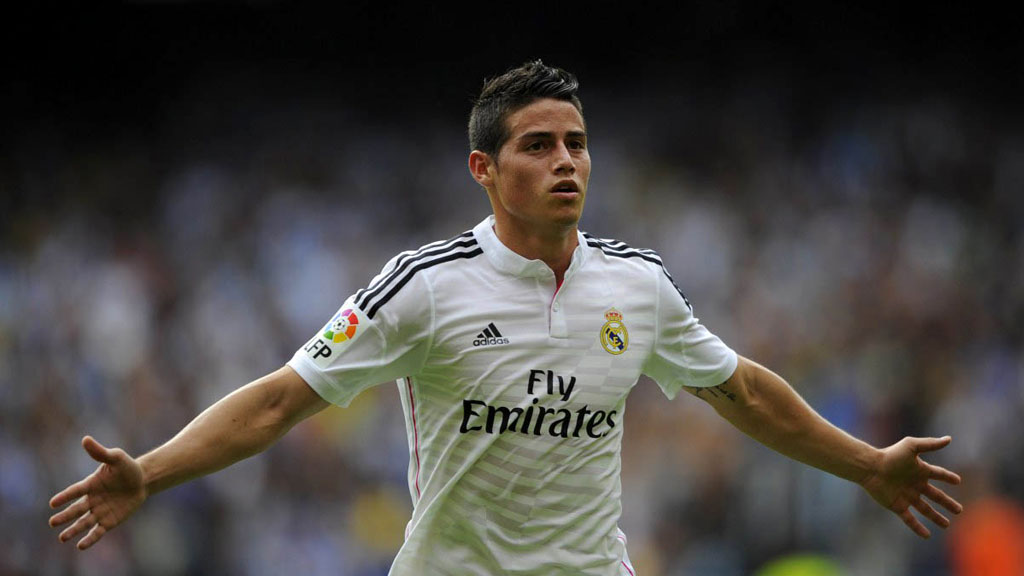 The selection of the Cucuta-born attacker in the squad may put the summer’s rumors of an exit from the Bernabeau to bed as Zidane’s side play their first competitive game since capturing the Champions League in May.

The absence of fellow attackers Cristiano Ronaldo, Toni Kroos and Gareth Bale whom are still recovering from their exploits in the European Championship may give James the opportunity to show his worth and stake a claim to be included in the plans of manager Zinedine Zidane ahead of the new season.

James was purchased by Real Madrid in 2014 from Monaco for €80 million and enjoyed an excellent debut season scoring 17 goals and providing 18 assists in all competitions.

A muscle tear in his thigh hampered the beginning of the 2015-16 season, with the 24-year-old struggling to hit the same heights.

Comments made by the attacker while on international duty in May through which he seemed to criticize Zidane for his treatment at the club did not improve matters and James subsequently did not play any part in Real Madrid’s Champions League Final success in May.

The strained relationship between James and the Real Madrid coaching staff has been well publicized over the summer months with the Colombian captain linked with a host of European clubs, the latest being Arsenal.

However, Zidane has remained tight-lipped and has not offered any real indication that the exit door looms for the attacker.

Tuesday’s game may just be the opportunity for the redemption of the attacker who made a mere 26 league appearances last season scoring 7 goals.