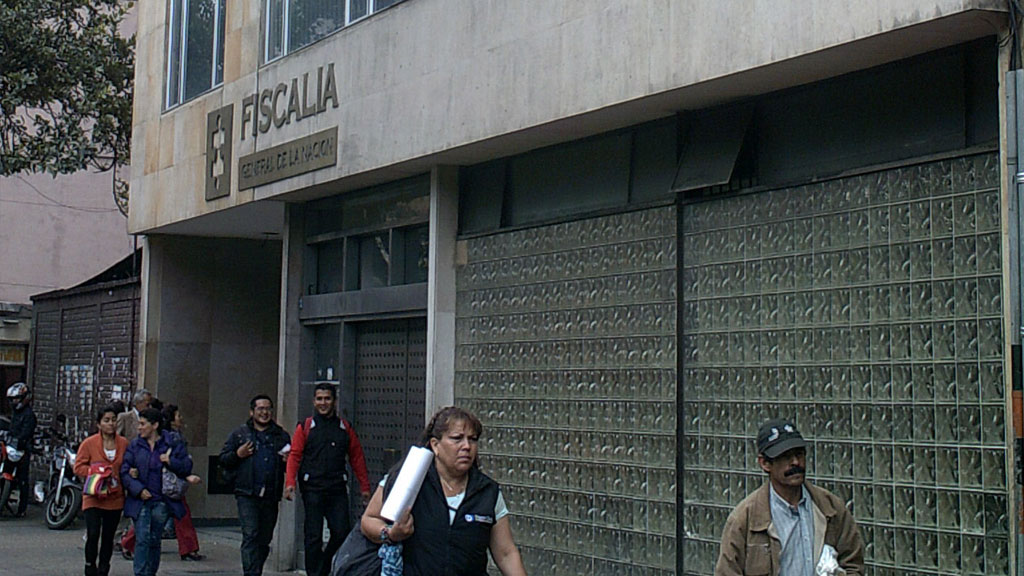 Colombia’s Head of Arrests himself arrested for extortion

One of Colombia’s top prosecution chiefs was arrested on Tuesday after the official had been accused of extorting a dozen people, demanding money for their release or threatening with criminal investigations.

The Head of Arrests for the Technical Investigation Unit (CTI) of Colombia’s public prosecution, John Walter Osorio, was detained in Bogota by a joint team of the police and his own colleagues from the Prosecutor General’s Office.

According to the investigation, Osorio threatened his victims by telling them that if they paid amounts ranging from $6,000 to $12,500, he would not enforce arrest warrants held against them, or initiate criminal proceedings.

The police caught Osorio red-handed in a Bogota shopping center, where the official was at the time collecting $12,500 from a psychologist who had been his latest target.

The Prosecution chief had intimated the woman, assuring her that if she did not pay the sum of money, he would open an investigation against her husband – a trader – on charges of theft and fraud.

“This kind of crime affects society and could be a danger to the [prosecution] process,” stated the judge who granted Osorio’s detention, adding that the defendant was fully aware that he was conducting illegal behavior.

Director of the CTI Julian Quintana said that Osorio’s conduct is entirely reprehensible, adding that they have already identified another 10 cases of extortion in which he participated.

The investigation began following the filing of complaints by victims of against the prosecutor, who has spent 15 years working for the institution.

The official apparently had access to the financial information of citizens through his role in the CTI and began to plan his extortion accordingly.

Some targets were criminals with forced arrest warrants who paid to avoid prison. Amongst the incriminating evidence against Osorio are the reports he filed in which he rendered the cases in question “failed” operations, justifying the lack of prison sentencing.

According to Quintana, the criminals who paid Osorio to not be arrested have already been identified and will be prosecuted for their acts.

Other victims of Osorio were simply threatened with the opening of prosecution proceedings against them if they did not pay.

The CTI official will face charges of malfeasance, embezzlement, abuse of public office and extortion.