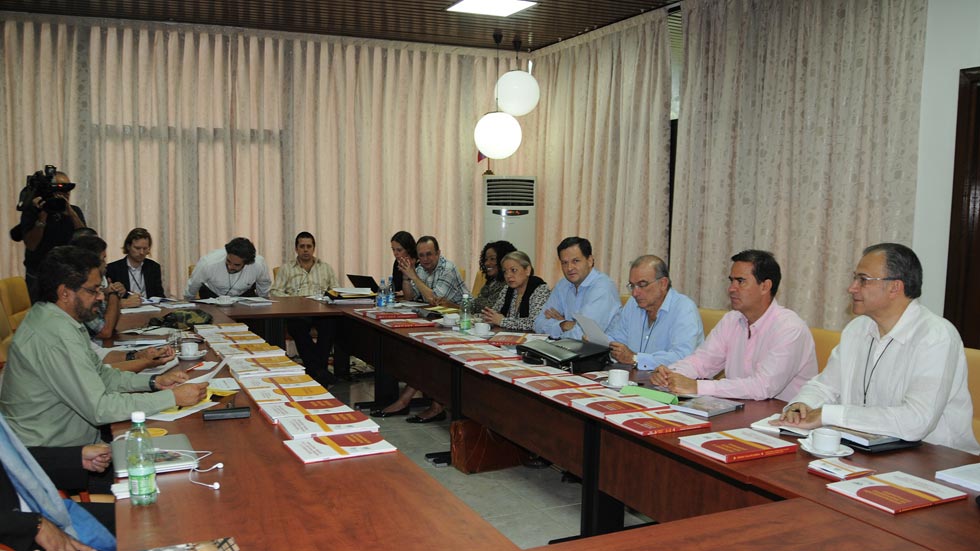 Colombia’s government and leftist FARC rebels on Tuesday entered what they called a permanent session in order to reach an agreement to end 52 years of violence “as soon as possible.”

Citing the recent “positive dynamics” of the talks, the delegations called for this concentrated effort to accelerate the end of over three years of peace delegations and more than half a century of armed conflict.

The delegations spent the past four days analyzing pending issues like:

In the three and a half years the warring parties have been negotiating, numerous partial accords on, for example, a far-stretching rural reform and the guerrillas’ political participation have already been reached.

Additionally, a controversial deal on transitional justice has been closed that will affect possibly 20,0000 armed and unarmed members of the FARC and more than 24,000 state officials accused of or convicted for war-related crimes.

According to the FARC’s commander-in-chief, “Timochenko,” the negotiators are now just “a few weeks” away from closing a final peace deal, which will then be presented to the Colombian people for approval.

The Santos administration and the leftist FARC guerrillas have been negotiating peace in Havana, Cuba since 2012. It is widely hoped that they will reach a final agreement this year, which would end the longest-running armed conflict in the hemisphere.